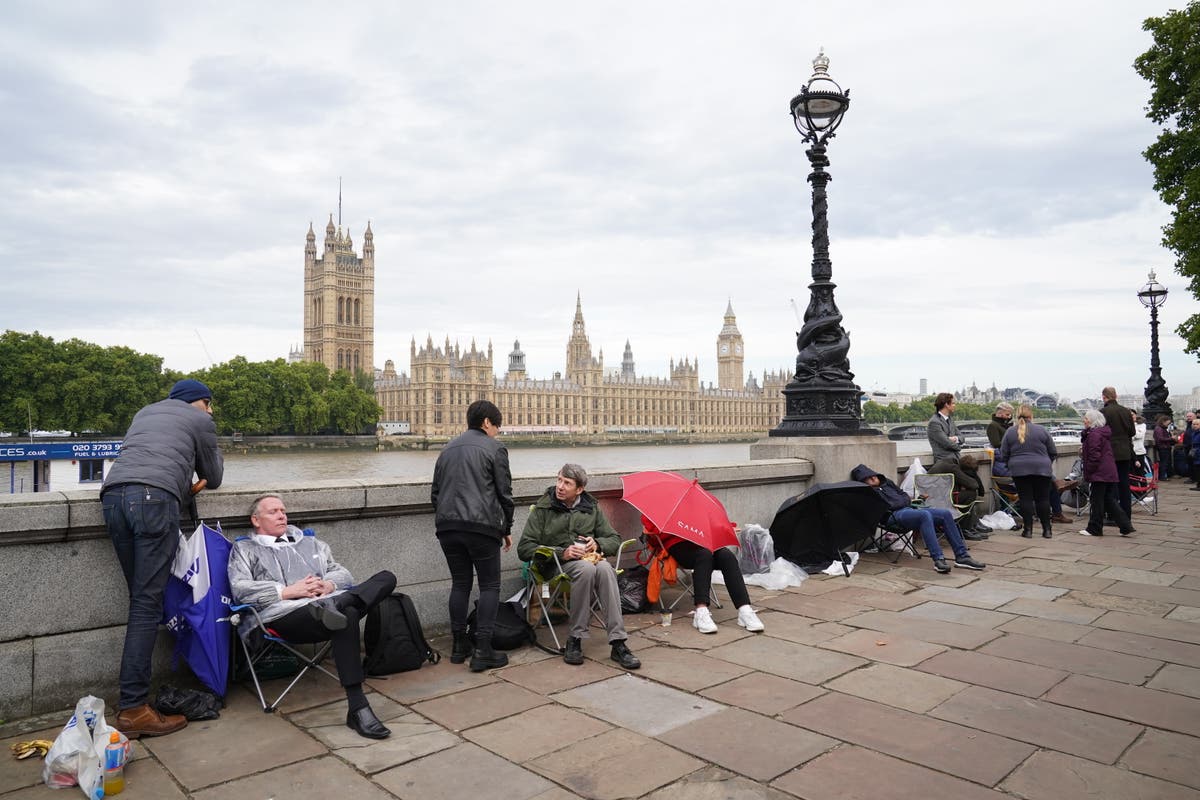 It has been confirmed that the queue to view the queen’s recumbency will be temporarily closed to new entrants if it reaches 10 miles.

The route for members of the public waiting to pay tribute to Her Majesty on the four days her coffin will rest at Westminster Hall stretches 6.9 miles over the Thames and along the South Bank to Southwark Park.

But airport-style zig-zag railways were installed at Victoria Palace Gardens and Southpark, increasing the maximum line length to 10 miles.

New queue entrants will be stopped upon reaching this point and will be held completely when the last viewing time approaches Monday 6.30am to ensure no one joining the queue is dropped at the door to Westminster Hall.

The Department of Culture has consulted behavioral scientists to try to assess how tight and slow-moving queues can be, to prepare to deal with a massive logistics operation.

There is no official estimate of how many members of the public will join the line, although insiders say they expected “much more” than the 200,000 people who walked past the Queen Mother’s coffin in 2002.

At any time during the recumbent state, which begins Wednesday at 5:00 PM, over 1,000 marshals, flight attendants, volunteers and police will be on hand to assist the queues and keep order.

About 10 Red Cross members will be on duty in each shift to help people in line, along with 30 Lambeth Palace-coordinated multi-faith pastors and six Samaritans to help with any personal crisis experienced by participants.

Over 500 portable toilets have been set up along the route, and the South Bank Center and Tate Britain are opening their queue facilities.

Colorful and numbered wristbands will allow you to regain your place in the queue after going to the toilet or bringing food and drink.

And the flight attendants have been instructed to be careful with anyone struggling with long waits so that they can be taken for breaks if necessary before returning to the line.

Wait time estimates will be released by the Department of Digitization, Culture, Media and Sports (DCMS) via social media channels, as well as by ground flight attendants and screens that have been set up along the route.

Visitors arriving at the Houses of Parliament will be advised that they cannot stay inside, but must keep the queue in constant motion as they pass through Westminster Hall in two lines – one on either side of the catafalque where the queen’s coffin will be placed.