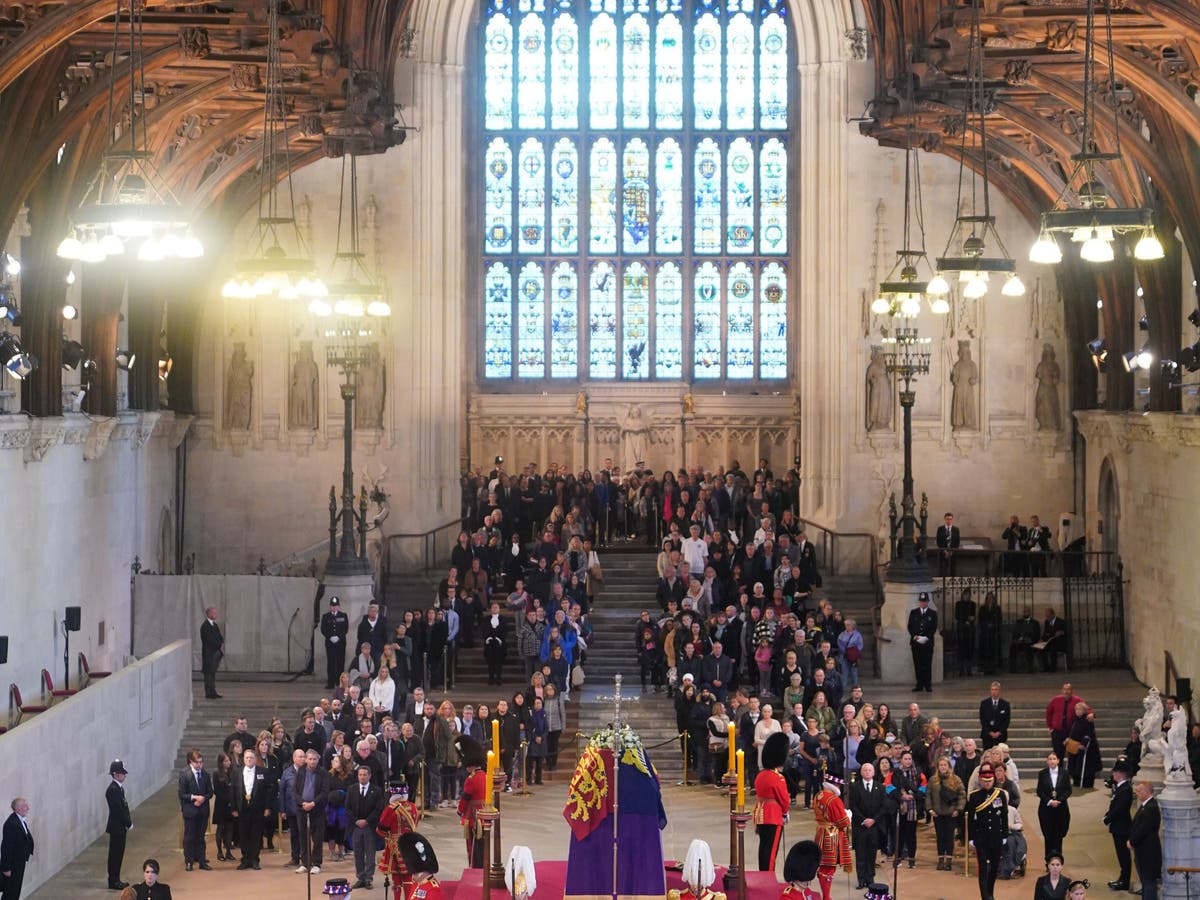 A man arrested in the ancient hall where Queen Elizabeth II rests was charged with violating public order.

Muhammad Khan, 28, of Barleycorn Way, Tower Hamlets, was charged on Saturday with an offense under Section 4A of the Public Order Act for behavior intended to cause alarm, harassment or distress at Westminster Hall.

The incident took place on Friday evening at around 10 p.m. as members of the public walked past the Queen’s coffin, lining up for hours along the River Thames. The live broadcast from inside the hall was temporarily interrupted.

Khan is due to appear in custody at Westminster Magistrates’ Court on Monday, September 19, the day of the Queen’s funeral.

A Scotland Yard statement said: “Muhammad Khan, 28, of Barleycorn Way in Tower Hamlets, was charged on Saturday 17 September with an Art. 4A of the Public Order Act; behavior intended to cause anxiety, harassment or suffering.

“To be placed in custody at Westminster Magistrates’ Court on Monday 19 September.”

Khan is the second person charged with a crime as he stands in line to see the Queen’s coffin lying in good condition.

A 19-year-old man allegedly exposed himself and pushed himself into the mourners from behind as they waited in line at Victoria Tower Gardens on Wednesday.

It is said that Adio Adeshine traveled to the Thames in an attempt to avoid the police before he left and was arrested.

He was held in custody on Friday after he appeared in Westminster Magistrates’ Court on two counts of sexual assault and two counts of violating a sexual harm prevention order.

Huge lines dragged on through the weekend as people lined up to pay respect to the late monarch before her coffin was moved on Monday morning.

It is estimated that from Saturday evening the waiting time to enter the ancient hall where the queen’s coffin now stands is 17 hours.

Police have warned those standing in the line, which has been blocked by the government for 10 miles in length, may have to stand for hours to keep up with the ever-moving line.

On Saturday night, Prince William was keeping a vigil at the coffin of his late grandmother along with seven other grandchildren, while she lies in the state at Westminster Hall.

The Prince of Wales was joined by his brother, Prince Harry, before the state funeral.

William was also surrounded by his cousins ​​Zara Tindall and Peter Philips, Princess Beatrice and Eugenie, and Lady Louise Windsor and her brother James, Viscount Severn.