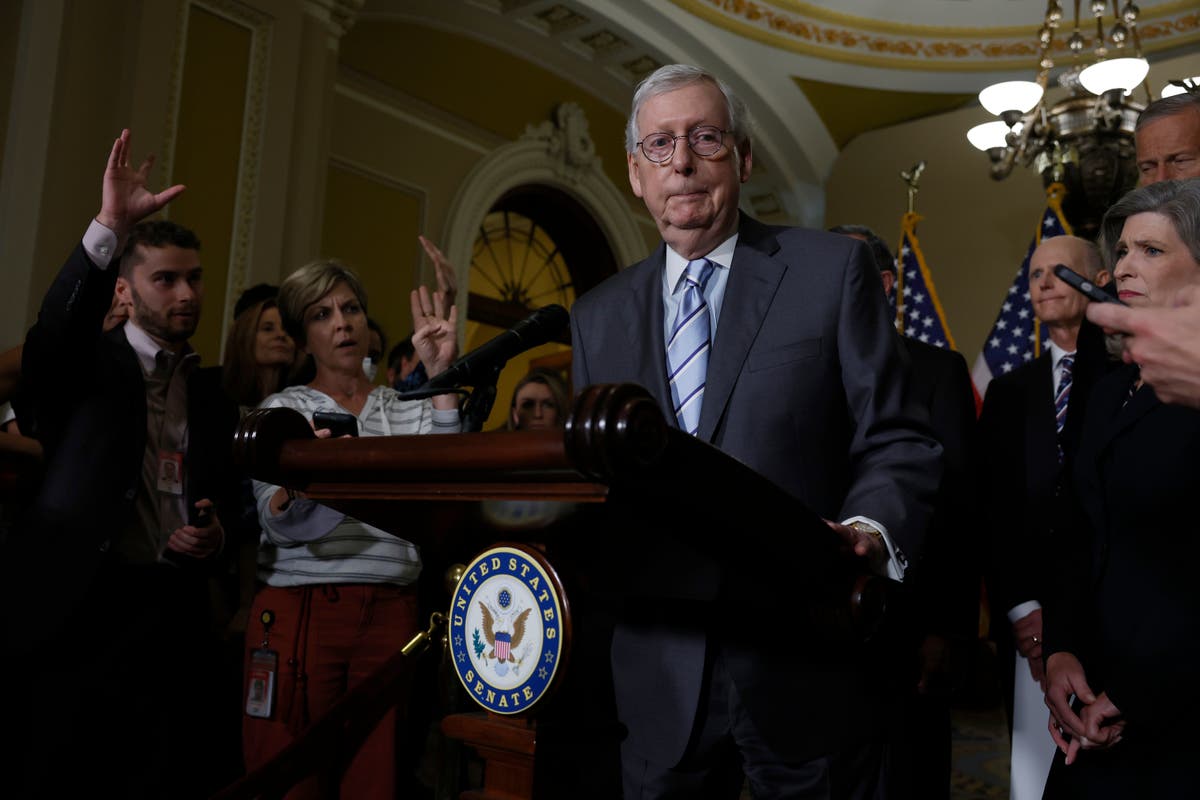 Senate minority leader Mitch McConnell rejected a bill by Republican Senator Lindsey Graham that banned abortion after 15 weeks, saying he would prefer the matter to be left to the states.

The leader of the Senate minority was asked about the ban Mr. Graham proposed on Tuesday during the weekly press conference of Senate Republicans after their political lunch.

“I think most of my conference members prefer the matter to be dealt with at the state level,” said McConnell.

Graham introduced his bill on Tuesday, surrounded by anti-abortion groups, saying “we should have a law at the federal level,” even though he had previously said abortion should be left to the states.

“If we take back the House and Senate, I assure you we will have a vote,” Graham said. “If the Democrats rule, I don’t know if we’ll ever have a vote.”

Republicans have been under fire for their position on abortion since the Supreme Court Dobbs against Jackson decision annulled Roe v Wade at the end of June. Republicans hope to add at least one Senate seat to their conference to win back a majority.

“And let me add: Republicans are spinning into pretzels trying to explain why they want nationwide abortion bans when they said they would leave it to the states,” Schumer said in a Tuesday speech.

“President Biden and Congressional Democrats are committed to restoring protection Roe v Wade faced with the constant radical steps taken by elected Republicans to put personal health care decisions in the hands of politicians, not women and their doctors, endangering women’s health and lives, “she said in a statement.