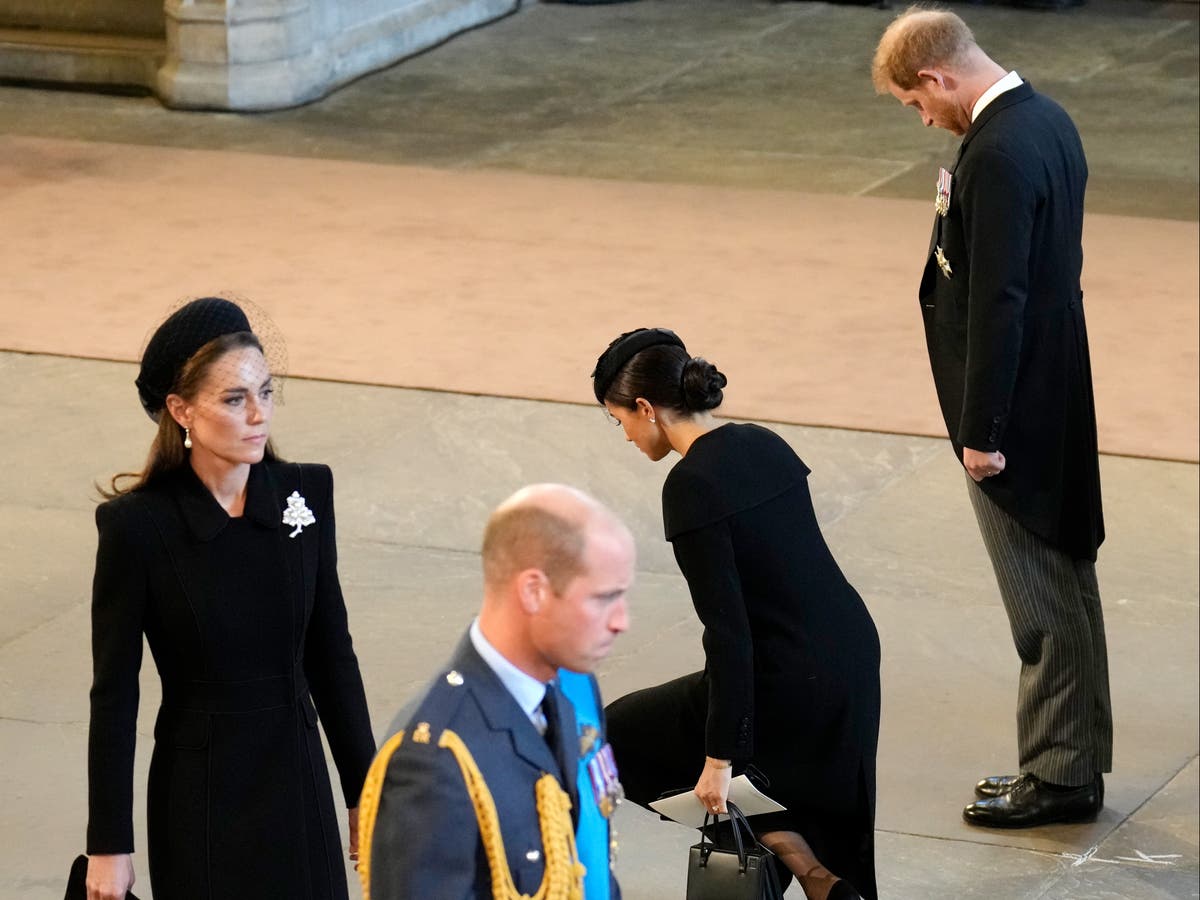 Meghan Markle was applauded for her “elegance” and “grace” during the service of Queen Elizabeth II, especially when she cursed in front of the deceased monarch’s coffin.

On Wednesday, the Duchess of Sussex joined her husband Prince Harry and other members of the royal family in the Queen’s procession at Westminster Hall.

During the event, Meghan was spotted standing with her family when the Queen’s coffin arrived. In the movie shared on Twitter with the Duchess in the background, viewers can see her walking past the coffin and paying tribute by cursing and inclining her head.

In the photos of the service, you could also see Meghan curtsy while her husband stood next to her with his head bowed.

On Twitter, many fans praised the royal nods which expressed just how “graceful” and “respectful” the move was.

“Meghan Markle, Duchess of Sussex makes an impeccable bow,” one he wrote.

“Meghan’s bow was the deepest, so if we deviate from royalist rhetoric, she has the greatest admiration and respect for it,” wrote another.

The third person added: “Meghan … is the epitome of grace and elegance.”

Other Twitter users noticed her Harry and how proud he looked of his wife, one of whom wrote: “You can’t deny [that] there was a great curtsy, deep and respectful. Nice touch to have earrings from the Queen. Harry looked like he was about to cry at any moment.

Meghan’s gesture was also similar to how Princess Anna paid respect to her mother in Scotland. When the coffin arrived in Edinburgh on Sunday, the royal princess also bent her knees and cursed in front of her.

During the procession on Wednesday, Meghan used her jewelry to pay tribute to the monarch. She wore a pair of pearl diamond earrings that the Queen had given her, and first wore them in 201 when she visited Storyhouse and Town Hall in Chester with her mother-in-law.

Meghan also caught attention when she arrived at the service in a separate car with Kate Middleton, who was going to a party with Camilla, Queen Consort. The 41-year-old Duchess rode alongside Sophie, Countess of Wessex.

The Royal Queen and her husband are expected to stay in the UK until the Queen’s funeral on September 19, which will be a day off. Since stepping down from royal duties in 2020, Meghan and Harry have lived in their home in California, raising their three-year-old son Archie and one-year-old daughter Lilibet.