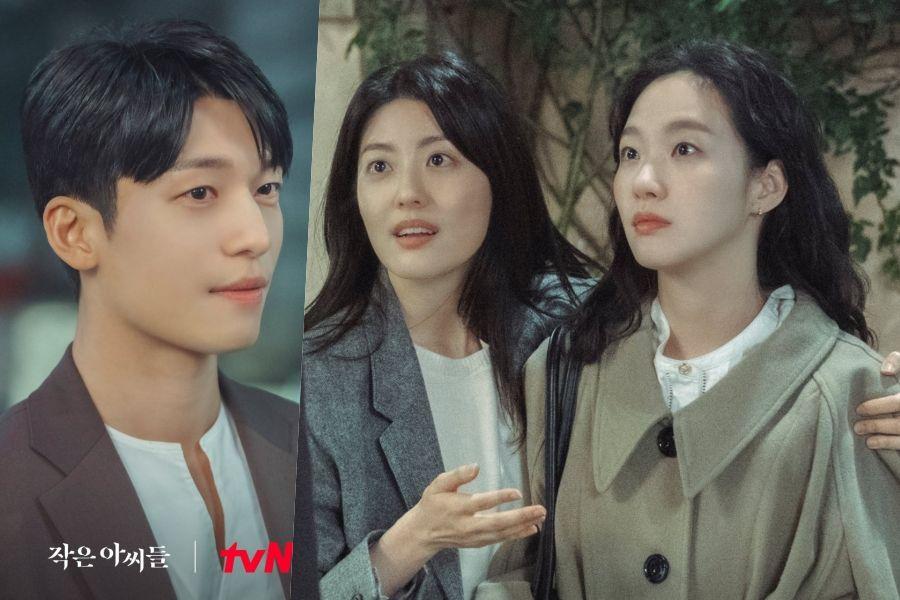 Prepare for Nam Ji Hyun to enter the caring mode of his older sister on TVN’s “Little Women”!

“Little Women” is a new drama starring Kim Go Eun, Nam Ji Hyun and Park Ji Hu as three close sisters who grew up in poverty. When all three find themselves caught up in one of the richest families in the country, they are catapulted into a new world of money and power unlike anything they knew before.

In the previous episode of Little Women, Oh In Joo (Kim Go Eun) learned from Choi Do Il (Wi Ha Joon) that before Jin Hwa Young (Chu Ja Hyun) died, she had used the name Oh In Joo for three years as an alter ego in Singapore. In addition, Jin Hwa Young has deposited 70 billion won (approximately $ 50.1 million) into a bank account on behalf of Oh In Joo. Upon hearing this shocking news, Oh In Joo announced that she was going to Singapore.

In the newly released stills from the next episode of the drama, Oh In Kyung (Nam Ji Hyun) draws attention to Choi Do Il as he begins to spend more time with her older sister. When she happens to see them together at night, Oh In Kyung immediately rushes to the duo and puts a caring arm around Oh In Joo. Although she tries to wear a friendly smile as she gazes at Choi Do Il, her body language and the sharp gleam in her eye reveal how distrustful she is towards this new stranger.

Meanwhile, Choi Do Il looks back at Oh In Kyung with a seemingly amused smile. Neither side steps back, but it remains to be seen where it will lead to the tense meeting of Oh In Joo’s younger sister with her new partner in crime.

The producers of “Little Women” teased, “With her new target [heading to] Singapore, Oh In Joo and Choi Do Il will tighten. Oh In Kyung notices this and starts paying attention to Choi Do Il. The story that comes out during this trial will be fun. “ 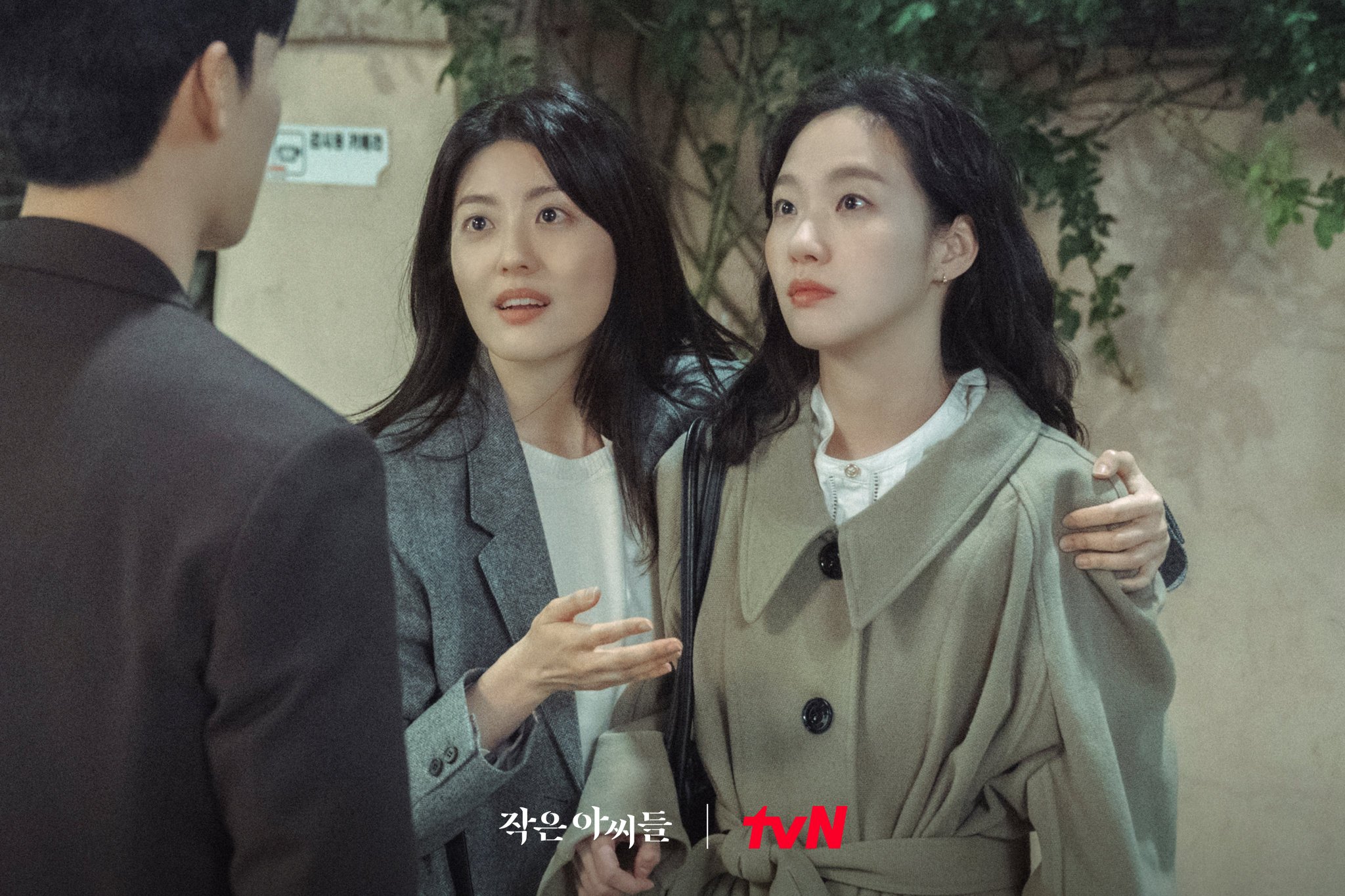 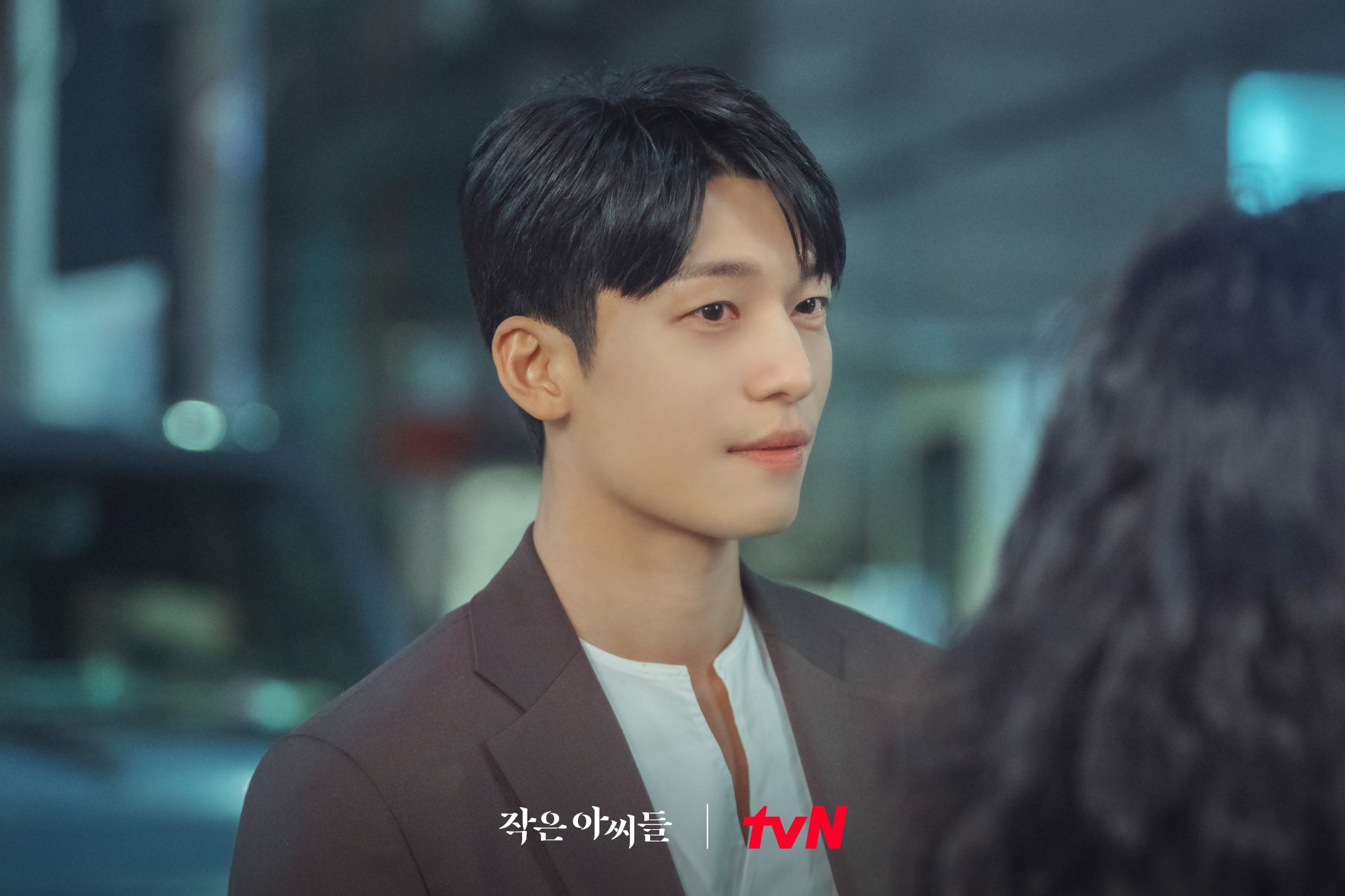 In the meantime, check out Nam Ji Hyun in her previous drama “The Witch’s Diner” with subtitles below!