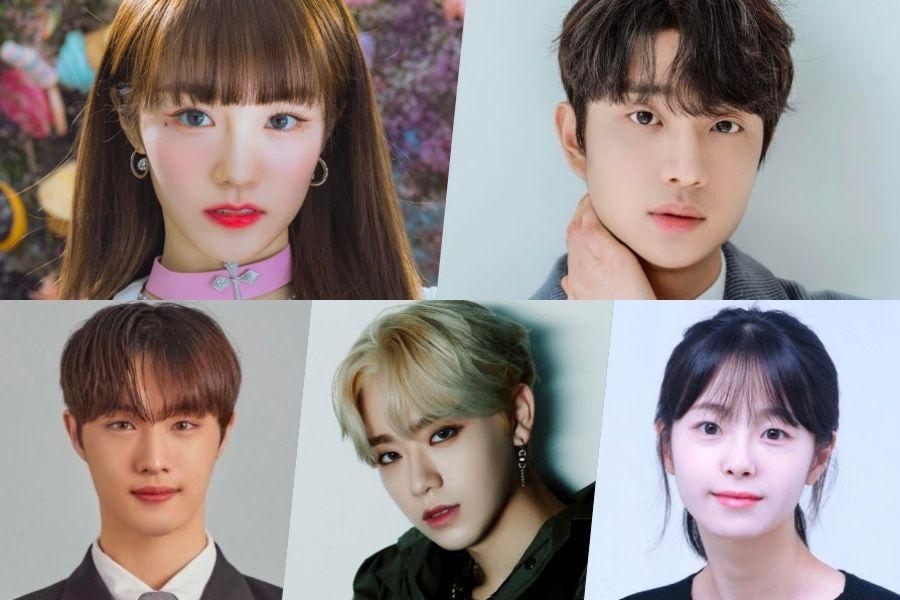 EBS’s new drama has confirmed its cast and airing date!

On September 20, EBS confirmed, “The New Drama” The World You Fall Into ” [literal translation] was confirmed on October 20. “

“The World You Fall In” is a romantic fantasy drama for teenagers about Yoo Je Bi, a top idol overwhelmed by hateful comments, who falls into the world of romance and realizes a new meaning in life. The cast includes Nana from woo! Ah! as Yoo Je Bi, Kim Jae Won as Je Soo Oh, Hyunsuk from CIX as Jin Woo, Keum Dong Hyun from EPEX as Shin Han Se and Ha Sun Ho as Lee Da Mi.

Nana stars as the main idol of Yoo Je Bi, who boasts a wild imagination and a bright personality. Receiving loads of love from the public, Yoo Je Bi is also bombarded with excessive attention and hateful comments that draw her into a dark place. He resorts to the internet novel as a source of consolation and delves so deeply into its world that it ends up in a completely different life. Yoo Je Bi will also meet the male main character of her favorite internet novel, drawing a sweet and touching romance. After escaping reality and starting a new life, Yoo Je Bi will write his own story and discover the true meaning of life.

Kim Jae Won takes on the role of Je Soo Oh, a key member of the Four Heavenly Kings in the world of online novels. His restrained appearance is irresistible to high school students and his own boring life gets so much more exciting as Yoo Je Bi enters his world.

Another member of the Four Heavenly Kings is played by Hyunsuk from CIX, who portrays Jin Woo, the school’s president and true power. Yoo Je Bi, while keeping the façade of the school’s thoughtful senior class, discovers the secret of Jin Woo. This creates an unusual relationship between them and creates a love triangle as Jin Woo pays close attention to Yoo Je Bi’s bond with Je Soo Oh.

Keum Dong Hyun of EPEX plays the cute member of the Four Heavenly Kings, Shin Han Se, who is funny and always joking. He is charmed by Yoo Je Bi, who treats him less enthusiastically than the average girl and becomes her important sidekick as she prepares to return to reality.

Transcending the dimensions of reality and fictional novels, The World You Fall In tells the story of growth through the frustration of young people as they overcome the difficulties of the digital world and share important school days with each other. The producers also aim to showcase teenagers’ defenseless contact with the media by covering topics such as hate comments, “cyberwreckers”, which refers to online personalities adding commentary to buzzing gossip to attract attention and social media addiction.

“The World You Flew Into” will premiere on EBS on October 20 at 7:00 PM KST and air every Thursday and Friday!