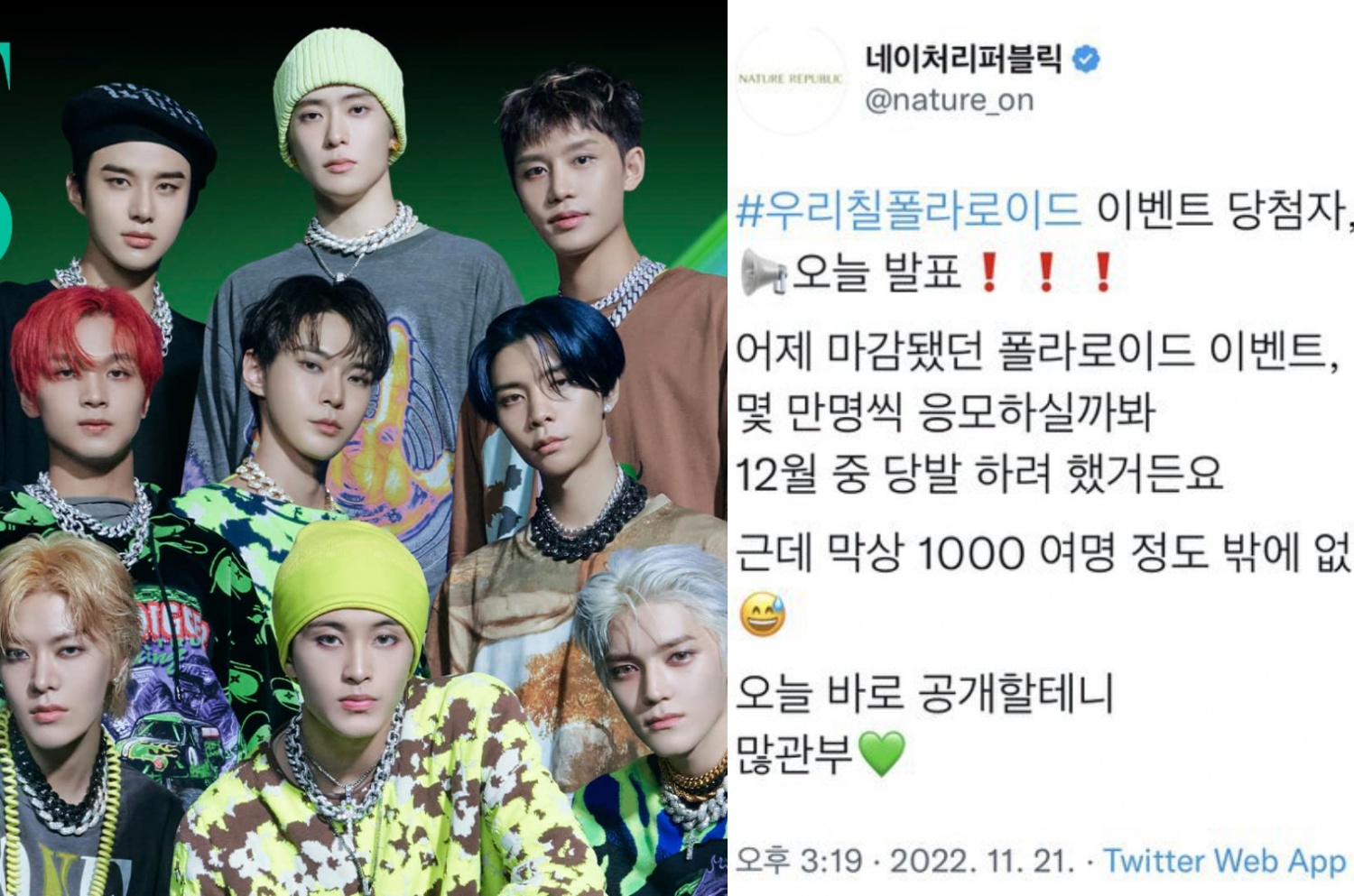 “We apologize for causing inconvenience to fans of NCT 127 due to the inappropriate choice of words and statements regarding our tweets.

We humbly accept all feedback and will be careful and responsible in our Twitter postings.”

Their announcement comes after criticism they received from fans of NCT 127, the NCTzens, over their previous tweets that appear to mock the boy group. 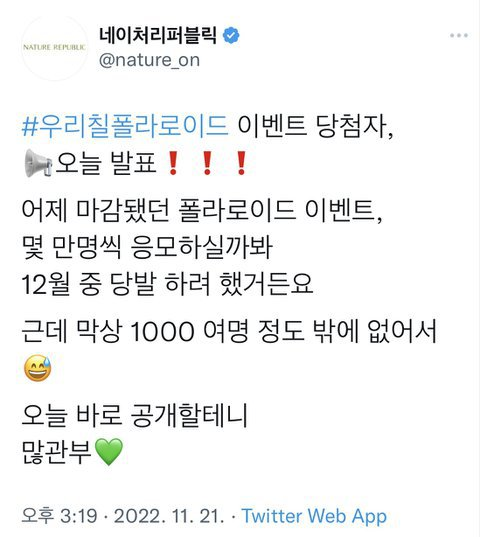 On November 21, Nature Republic tweeted out the announcement of the winner of their Polaroid event. However, their words appear to have indirectly said that NCT 127 is not popular due to the low number of people who joined the event.

“The lucky winner of the #Our7sPolaroid event will be announced today!

The Polaroid event closed yesterday, although we initially planned to announce the winners in mid-December as we thought tens of thousands of people would sign up for the event.

But in the end, we didn’t even reach 1,000 people, so…we’ll post the winners right away, please keep that in mind.” 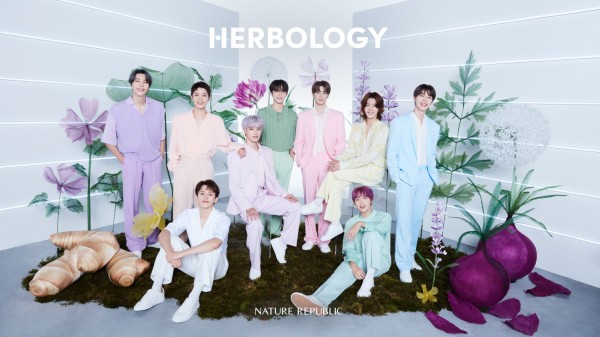 Previously, Nature Republic tweeted on November 15 to provide an update on the Polaroid event that started a few weeks earlier. This post looked like they were making fun of NCT 127 as well. 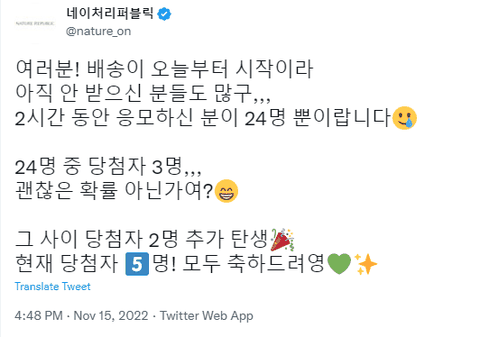 “All! Since delivery starts today, there are many people who have not received their package yet…

Within two hours, only 24 people signed up. Three winners out of 24 entries… that’s a good deal, isn’t it?

In the meantime, 2 more winners have been selected! There are currently five winners! Congratulations to everyone.” 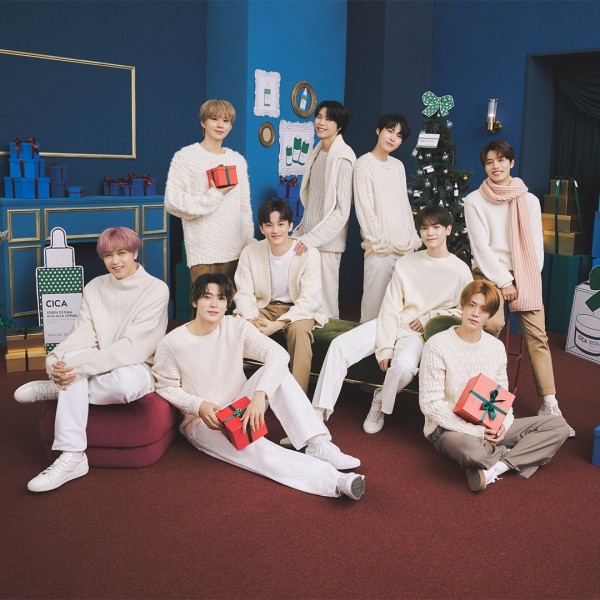 Two Twitter posts have since received negative fan reactions and were eventually deleted.

In the meantime, while the K-beauty brand has apologized to NCTzens, they have yet to issue an official apology to NCT 127.

What can you say about Nature Republic’s apology to fans of NCT 127?

In other news, NCT 127’s “2 Baddies” spent its eighth consecutive week on Billboard’s World Albums chart, peaking at number nine for the week ending November 19. In the same week, the album ranked 22nd on the Top Album Sales chart. 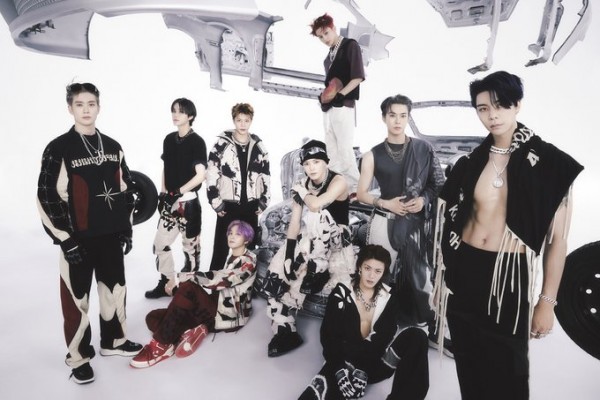 It is not yet known whether “2 Baddies” stayed on both Billboard charts this week (ending November 26).

READ MORE: NCT 127 Taeyong Trends Of Doing It At ‘Neo City: The Link’ Concert In Seoul

Released on September 16, “2 Baddies” is the group’s fourth studio album consisting of the title track of the same name and 11 B-side tracks. The project was certified one million sold by the Korea Music Content Association on November 10 for selling one million copies.

Check out the music video for NCT 127’s “Baddies” again below: