NMIXX describes their group identity, affection for each other, and more The upcoming release of Elle Korea captures the exciting energy of NMIXX!

After a group photo shoot, seven NMIXX members sat down for individual interviews. Haewon addressed the responsibility she feels as a leader, saying, “I try to be strict with myself and generous with others, but it’s really hard. I want to play the role of giving stability to the team. I believe that in order to do something right, there must be a sense of security that your feedback will be accepted.”

On the other hand, the youngest member, Kyujin, remarked, “I feel good when I hear fans say ‘she’s the choreographer even though she’s the youngest’ and ‘she’s commendable.’ Kyujin then affectionately added, “I want to remind you of Lily’s innocence, Haewon’s assertiveness, Sullyoon’s gentleness, Jiwoo’s resilience, Bae’s sense of humor, and Jinni’s tenacity.”

Lily emphasized the importance of honesty, commenting: “Because I lived in a quiet countryside, I was able to grow up surrounded by nature. Because I was spending time with the people I loved, I didn’t have to pay attention to others. I think it allowed me to show my true image faster.”

Referring to her performance-focused mindset, Jinni explained, “While individuality is also important, there has to be a balance for a performance to be stable and powerful.” 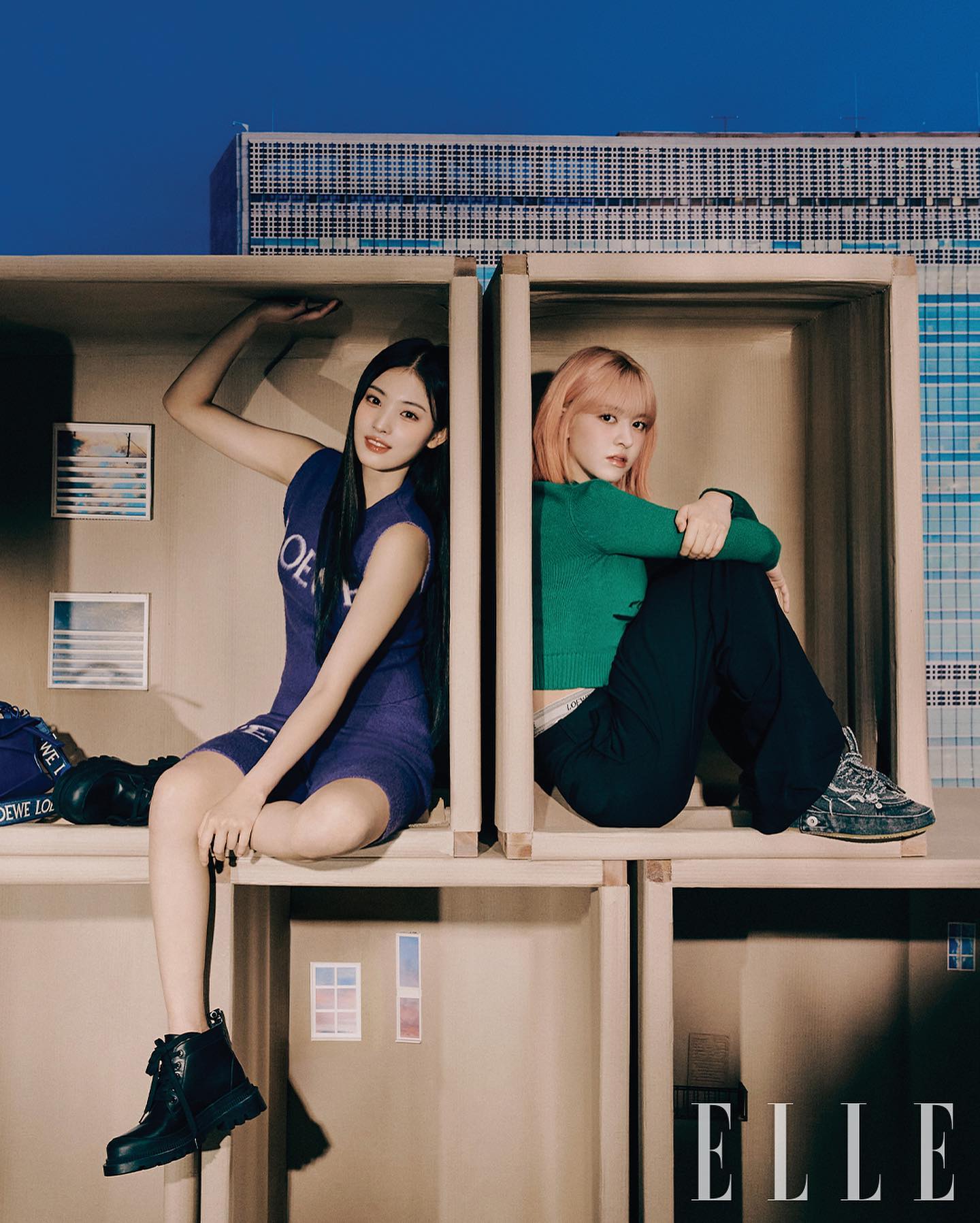 When asked about the identity of NMIXX, Bae said: “Words like ‘energy’, ‘vitamin’ and ‘atmosphere maker’ come to mind.” She continued, “We always go on stage hoping that our energy is well conveyed to whoever is watching.” Jiwoo chimed in, “Whenever I think of us, I always think of rainbows. At first glance, all seven of us seem bright and cheerful, but our individual personalities are incredibly different. In this regard, I am responsible for a bold and lively energy.”

Sullyoon confidently replied, “Just like our DICE lyrics “greater than perfect 10, jump higher”, we will always move forward towards a future better than the present. We don’t want to miss titles like ‘all-rounder’ and ‘talented group’. 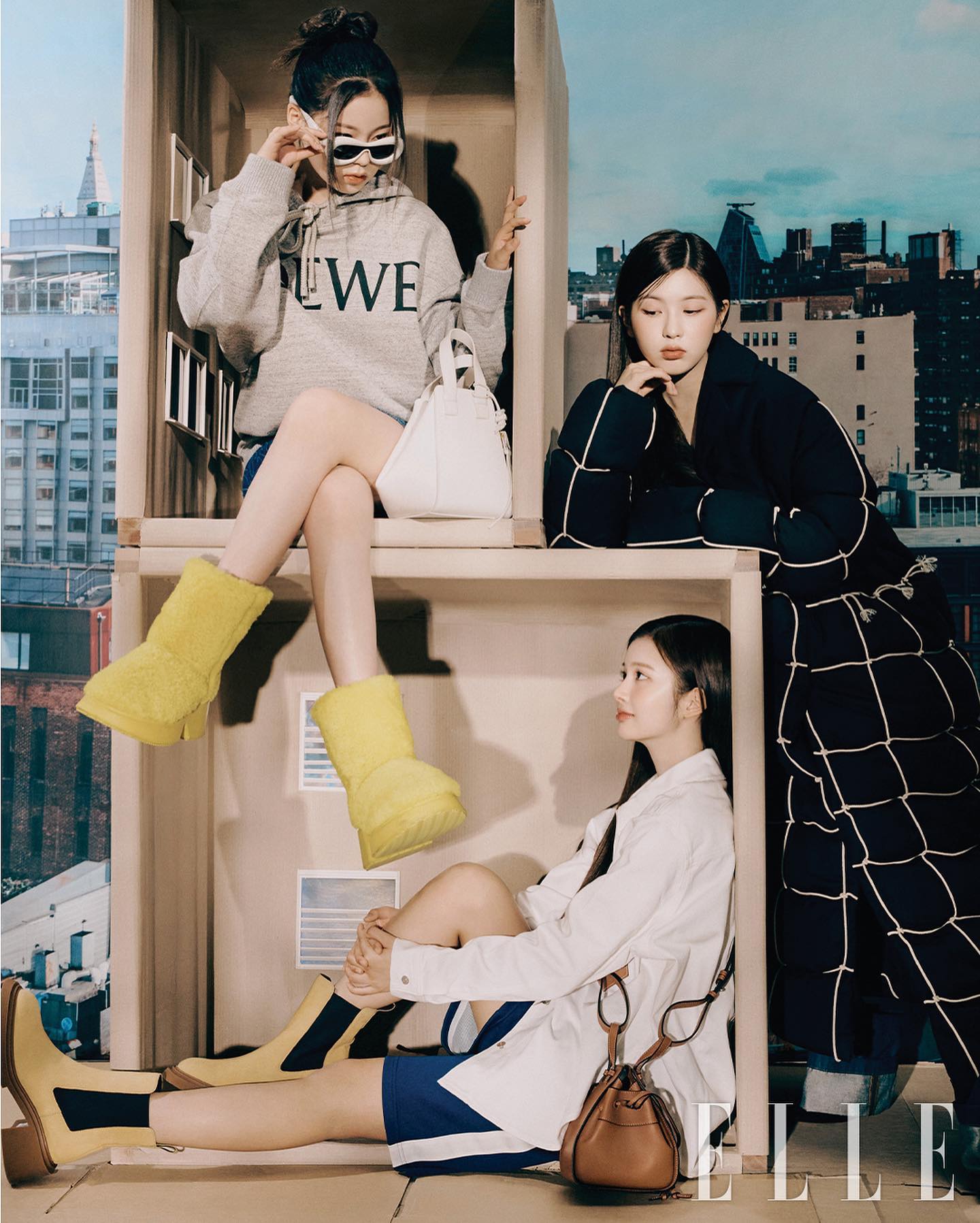 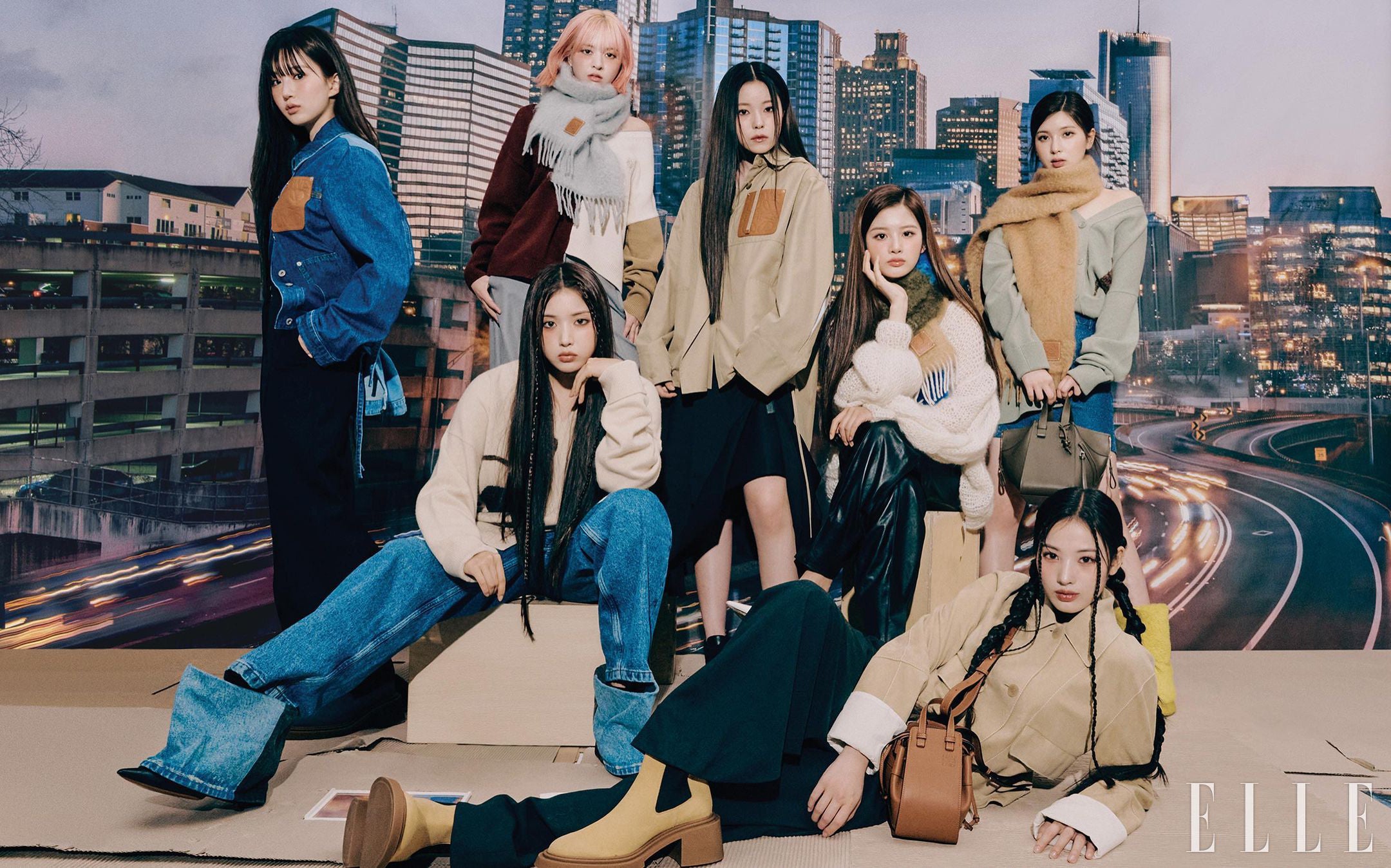 After its first comeback from “DICE” in September, NMIXX recently released “Funky Glitter Christmas” as its first “single INTERMIXXION” released between the official albums.

See NMIXX’s full interview and photo in the December issue of Elle Korea!