Now she is the mother of four children in her forties 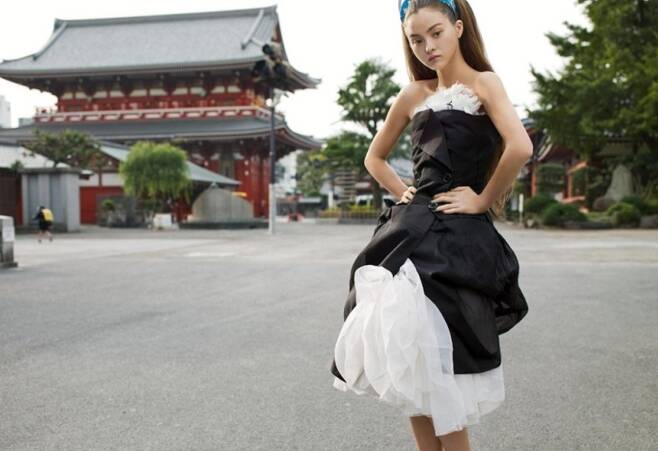 This mixed-race actress and supermodel is famous for her iconic visuals.

Born in New York in 1982, Devon Aoki is loved for her appearance, which exudes a mysterious charm. She grew up in a wealthy family. Her father is Hiroaki Aoki, founder of Benihana, one of the leading Japanese restaurant chains in the US, and her mother is a famous American painter and jewelry designer.

Devon Aoki was born to a Japanese father and an English mother, a German. She has been working as a model since she was 13. Even though she is only 165 cm tall, her amazing proportions have made her a unique case among the models of Chanel, a designer brand that is known to strictly consider height when casting models.

Devon Aoki is Chanel’s first shortest model and the youngest model to debut at the age of 16. Her cryptic visuals that are neither Asian nor Western also help her receive a lot of love from the film industry. Her most famous film is “Sin City”.

Although she only played a small role as Miho’s character, Devon was dubbed “the unforgettable scene thief” by many of the movie’s viewers. It is said that for this role she received special fencing training for only 3 months. The actress was praised for being a good fit for the movie.

Despite her young appearance, the actress is now in her forties. She married businessman James Bailey in 2011 and became the mother of four children.

Her stepbrother collaborated with BTS on the song “waste it on me” and Devon Aoki also appeared in the music video for the song.

However, nowadays many internet users have been disappointed that Devon Aoki is no longer active as an actress. Many surfers are excited to see more of the movies and dramas of Devon Aoki, who went down in history as Chanel’s shortest model.