Nutgate: How did a sack of nuts exposed the abuse of power by cheebole in South Korea? 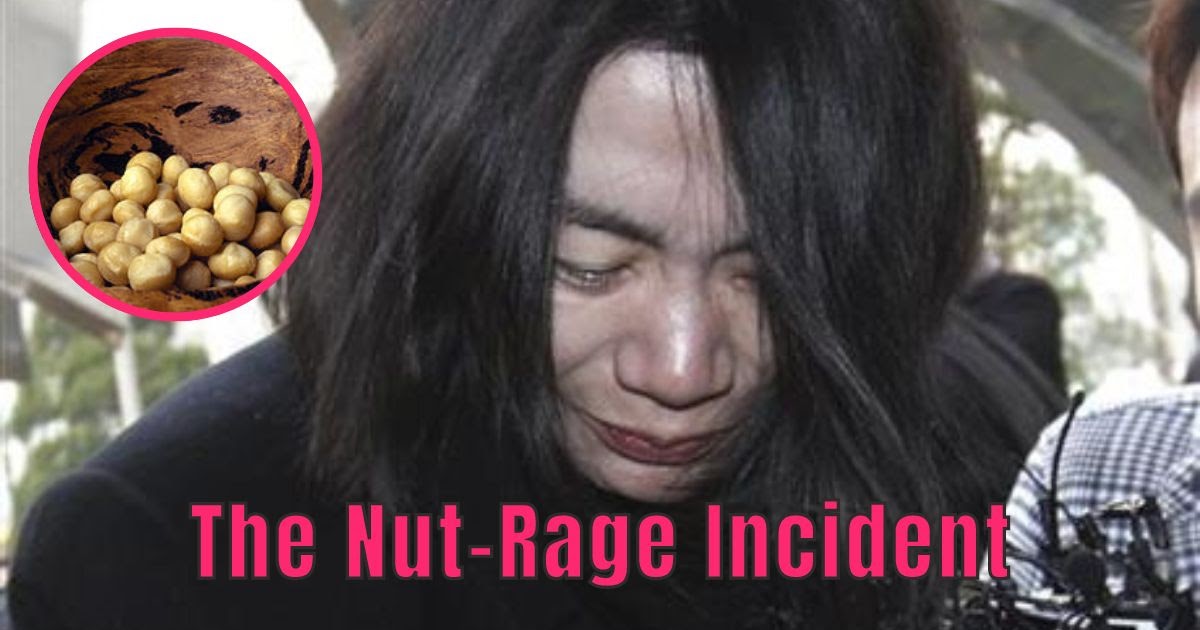 December 5, 2014 Korean air Flight 086 was forced to taxi back to the airport gate after it was already on the runway in preparation for take-off from the airport International Airport them. John F. Kennedy in New York. But what could be so urgent that the plane had to turn around? Well, the first class passenger wanted to throw the cabin crew chief out of the flight and, surprisingly, the airline complied with it.

Because that first-class passenger was nothing but Heather Cho (also known as Cho Hyun), then vice president of Korean Air, and daughter of the president and CEO of Korean Air Cho Yang Ho. When Cho boarded the flight to Seoul, she was given a sealed bag of macadamia nuts, just like any other first-class passenger. But she was furious that she hadn’t been served on the plate. She rebuked the flight attendant Kim Do Hee who served her a snack and requested to meet the chief of cabin crew? Chang Jin Park to complain. Eyewitnesses reported that Cho physically attacked both crew members and had her boss kneel to beg for forgiveness while she repeatedly punched him on the ankles with the horn of her digital tablet.

Cho then demanded to eject Park from the plane, resulting in a 20-minute delay for the remaining 250 passengers on board. The airline issued an official apology to passengers, but also covered up Cho, saying that it was fulfilling its duty by checking air service quality and safety. When one first-class passenger contacted the company to complain about the incident, they sent it a model aircraft and calendar as an apology. This example is enough to understand to what extent the company wanted to water down the event.

Initially Ministry of Land, Infrastructure and Transport he said that Commission for Investigation of Air and Railway Accidents he looked into the case. transport minister Suh Seoung Hwan ensured an impartial investigation. But Korean Air tried to nip the trouble in the bud and allegedly contacted Kim Do Hee, who was released after the incident, to force her to testify that she had resigned of her will. Additionally, two members of the investigation team were former Korean Air employees. Taken together, these two factors made Kim suspect possible bias in the investigation, so she reported the incident directly to the media. It immediately became a national sensation.

The audience was furious. Suha’s assurances had no force, and lawmakers soon began demanding that Audit and Inspection Committee intervene in the investigation. In the midst of this chaos, it was revealed that Cho attacked another flight attendant in 2013 for not cooking her ramen noodles properly. The incident was covered up by the company, and according to Korean Air police reports, it also tried to clear records of the nut incident.

This discovery made the public even more agitated, and Cho resigned as vice president of Korean Air. While she previously spoke of resigning from all her functions with the company and its affiliates, she actually held the position of Korean Air’s president, chairman KAL Hotel Chain, and Hanjin tour.

Court trials in this case started in January 2015. In Seoul West District Court, the accused dismissed all charges. But Cho’s father, who was present at the hearing, assured Park that Park could return to work without any faults. Interestingly, Park was absent from court despite many calls. On the other hand, Kim Do Hee testified that Cho pushed her and had her kneel after serving bagged nuts. She also claimed that the company tried to silence her by offering a teaching job at a college affiliated with KPA.

On February 12, 2015, Cho was sentenced to one year in prison for obstructing air safety by altering a flight plan. In South Korea, this particular crime is punishable by up to ten years in prison. But in May 2015, Seoul Supreme Court he acquitted her and her sentence was reduced to 10 months and a two-year probation. She was released immediately after serving five months in prison.

Park Chang Jin finally made a comment on the subject after Cho allegedly tried to spark rumors about a sexual relationship between him and Kim Do Hee. Both have filed multiple civil suits with partial wins. Seoul’s Western District Court ordered Korean Air to pay Park 20.0 million KRW (about $ 14,400) for trying to get it to drop the case and an additional KRW 30.0 million (about $ 21,500) in compensation for the assault. Both employees were restored to their positions also by 2016.

The case also exposed several unwanted stories from the Cho family to the public. Heather Cho’s brother Tae’s win was investigated by police for allegedly pushing an elderly woman in 2005. On the other hand, her father, Cho Yang Ho, was convicted of tax evasion in 2000. He, his father and brother have been accused of receiving millions of rebates while buying planes from Boeing and Airbus and evading taxes on money.

This “nutgate”, also known as the “nut-rage” incident, has opened a flood of discussions about the power these dynastic business conglomerates have in capitalist South Korea. With a shortened sentence, Cho almost escaped with impunity. While passenger rates on Korean Air’s domestic flights saw an annual decline of 6.6% in 2014, this was a short-lived effect. But South Korean public opinion is not new to conglomerates, and their heads are fleeing crime with virtually no punishment. Nevertheless, in a country ruled by chebolethe fact that both workers got justice and the perpetrator was brought to justice even to a certain extent was considered a huge win for the small inhabitants of the country.