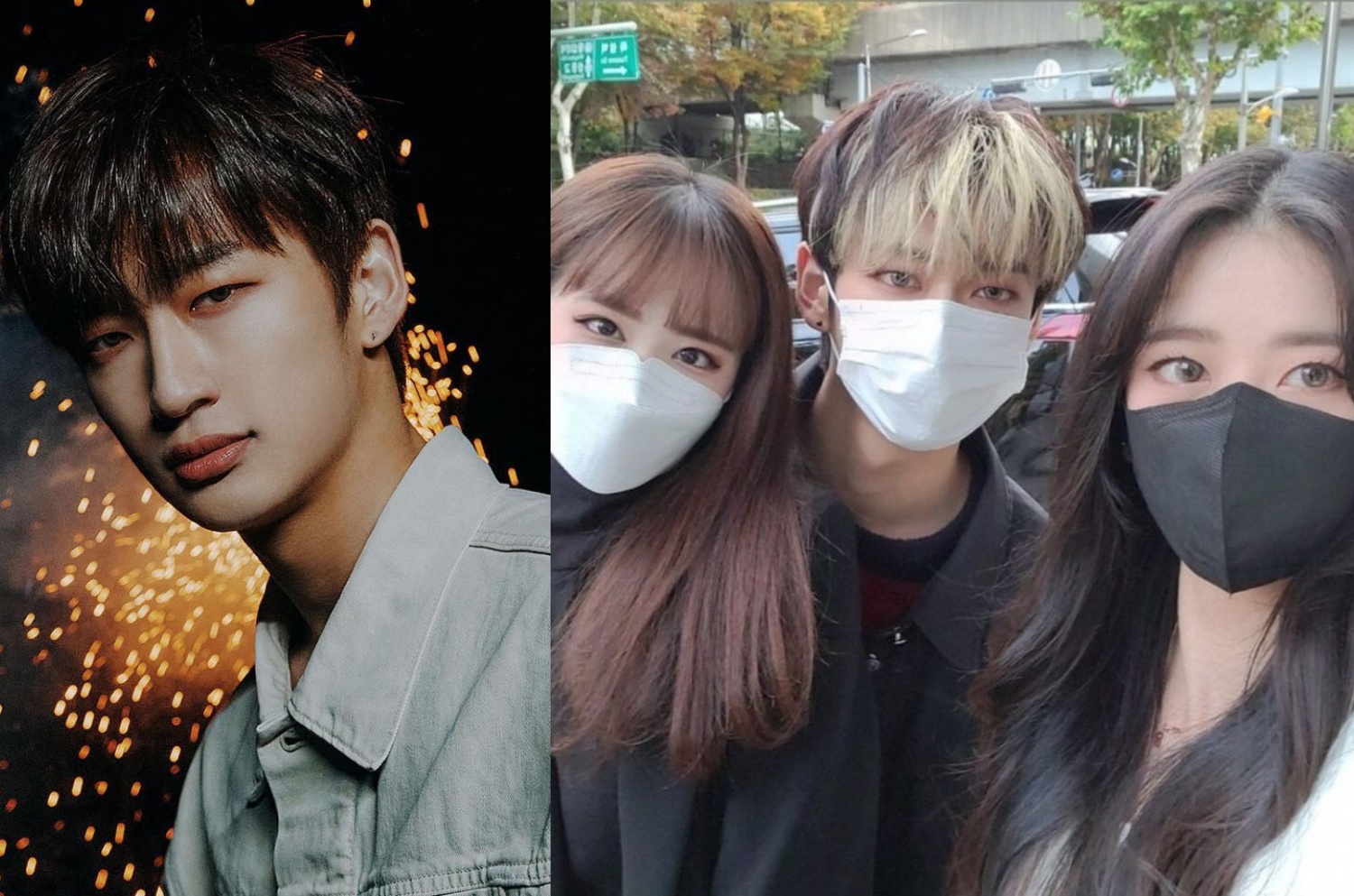 OMEGA X’s sister Taedong revealed that before the idol joined Spire Entertainment, he was already being harassed at his former agency, 2Y Entertainment. Read on for her full statement.

On November 16, OMEGA X held a press conference to discuss the abuses it experienced from Spire Entertainment CEO Kang Seong Hee. In addition, some members also touched on the previous mistreatment they had endured in their old companies.

🦮 In my case, the previous company made me practice 15 hours and 7 hours a day without a day off in a group dorm#PROTECTOMEGAX #OMEGA_X #OmegaX pic.twitter.com/lJlm855kFh

In particular, Taedong revealed that his previous label, 2Y Entertainment, treated artists badly and did not give them personal freedom.

He said, “I know not every agency is like that, but I think a lot of K-pop trainees and even current idols are treated unfairly. At my previous agency, I practiced 15 to 17 hours a day without a single day off. They confiscated my phone and forced me to share my passwords.”

After the press conference, OMEGA X’s sister Taedong revealed on her Instagram the true extent of the abuse the idol suffered at 2Y Entertainment. 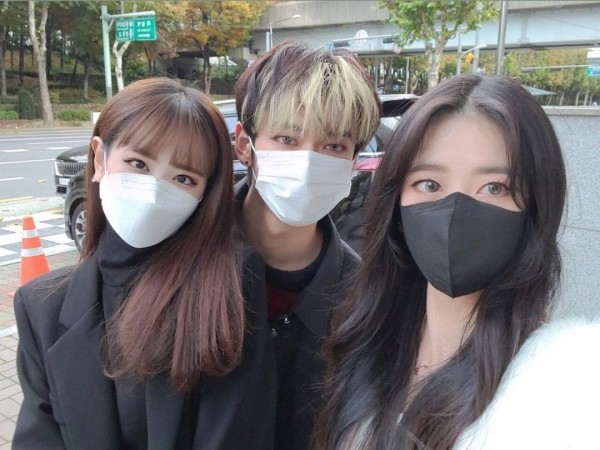 “What Taedong couldn’t say because of crying was that he was less than 2 years old [Entertainment], his mobile phone was forcibly taken from him and he was unable to keep in touch with family members. In addition to changing his phone number several times, they set his password and checked his phone. Without a rest day, kids would be forced to exercise 15 to 17 hours a day.” 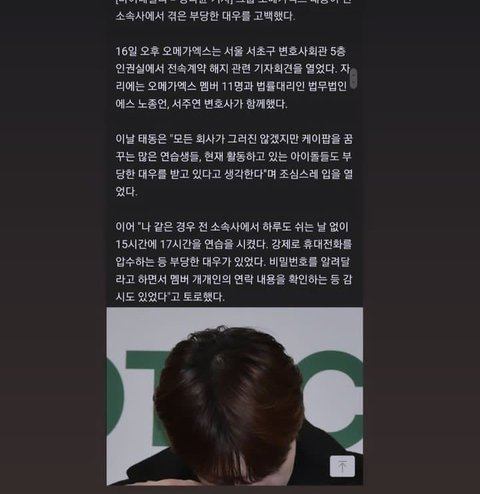 She also told about how their grandfather died and Taedong couldn’t see him. She even challenged the former president of 2Y for his cruelty.

“Even when our grandfather died, we couldn’t reach [Taedong] so i messaged him directly through his old instagram account. Taedong found out late [of his death] and couldn’t even stay with him and could only send his condolences. I am very angry with the president of 2Y Entertainment who slapped and verbally abused me [Taedong]he’s so quiet now,” she explained in detail. 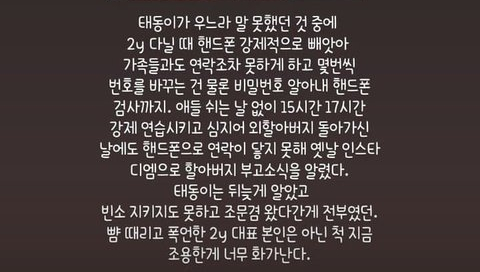 This isn’t the first time OMEGA X’s sister Taedong has spoken about the difficulties her brother went through.

When the news first broke about the former CEO of Spire Entertainment mistreating members, Sister Taedong said she read the comments on articles about it and was shocked at how mean netizens were because some people referred to the situation as “noise marketing”. 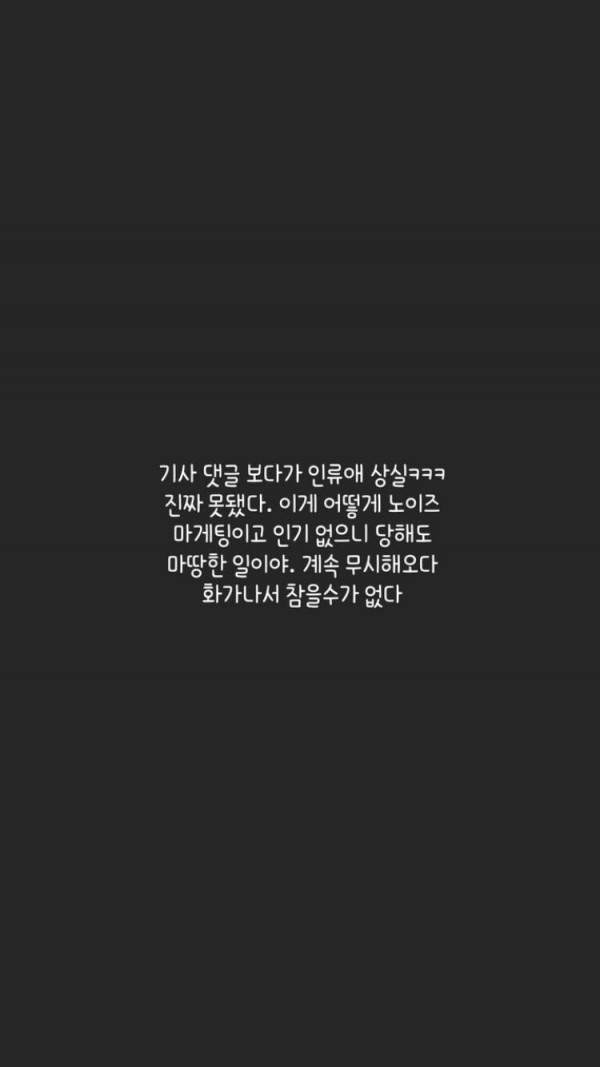 She stated: “I read the comments on the article and I am speechless. LOL. It’s so low. How is it with this noise marketing? And how is it justified because they are not popular? I try to ignore it, but it drives me crazy that I can’t take it anymore.”

YOU MAY ALSO LIKE: OMEGA X Reportedly Abused By Agency, Forced To Perform Due To COVID-19, more

Meanwhile, OMEGA X’s legal representative, Noh Jong Eon, revealed that a lawsuit is currently underway to terminate the group’s contract with Spire Entertainment. In addition, the legal team said they plan to receive compensation from CEO Hwang and prosecute him for instigating CEO Kang.

Prior to joining Spire Entertainment, OMEGA X Taedong reported to 2Y Entertainment (led by CEO Yoon Yoonjae). He was a member of the pre-debut boy band GIDONGDAE along with Lee Kiwon (now ONE.KI), Kim Yehyeon, Won Jin and Haolin.

Prior to their debut, GIDONGDAE released a pre-debut single titled “Party Like This” on June 3, 2020. Unfortunately, this song was their last release as their debut was eventually cancelled.

Check out the music video for “Party Like This” below: