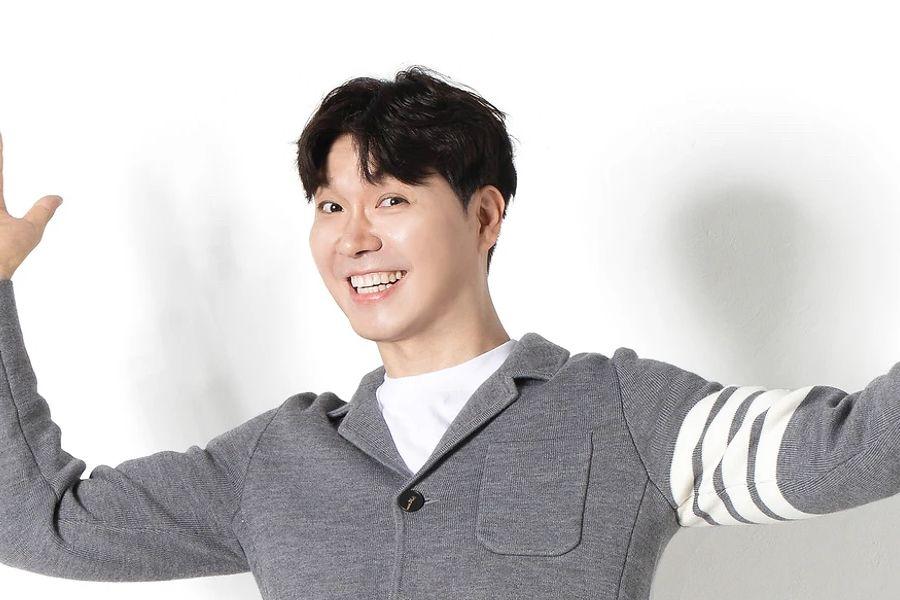 Comedian Park Soo Hong will hold a wedding ceremony one year and five months after registering his marriage.

On November 23, it was reported that Park Soo Hong will hold a wedding ceremony with his wife Kim Da Ye on December 23 in Seoul. The two registered their marriage in July 2021 and their marriage has since been legally recognized. However, due to COVID-19 and the conflict that took place between Park Soo Hong and his family, they were unable to hold an official wedding ceremony.

Before the wedding, Park Soo Hong and his wife will star in MBN’s talk show “Dongchimi” (Romanized title). An MBN source revealed, “Park Soo Hong will be holding his wedding next month [December] 23. On December 22, he will attend the filming of the movie “Dongchimi” with his wife. Before the wedding, he wants to greet the adults with “Dongchimi”, so he will show up with his wife. The comedian hosted the MBN talk show, and he and Kim Da Ye are set to share stories about married life, among other things.

In October, Park Soo Hong also commented on his upcoming wedding ceremony on MBC’s ‘Radio Star’, saying, “My wife and I have only completed the marriage registration, but for various reasons, we still haven’t been able to get married. We are getting ready for our wedding soon.”

The wedding will be held privately and will only be attended by a few of Park Soo Hong’s friends at his request. The comedian’s family will not be present due to ongoing legal disputes with his brother and sister-in-law Park Soo Hong, as well as disagreements with his father.

Earlier in April 2021, Park Soo Hong filed a criminal complaint against his brother and his brother’s wife, who had worked as his manager for 30 years, claiming that both had embezzled the company’s money while breaching their promise of proper profit sharing. He also filed a lawsuit for damages totaling 11.6 billion won (about $8.7 million).

Regarding his parents’ absence from the wedding, Park Soo Hong commented, “It’s quite painful, but it’s something I’ll work on gradually.”

Check out Park Soo Hong’s wedding announcement on his YouTube below:

Congratulations to the couple!