Prince Harry and Meghan pictured before the Queen’s state funeral 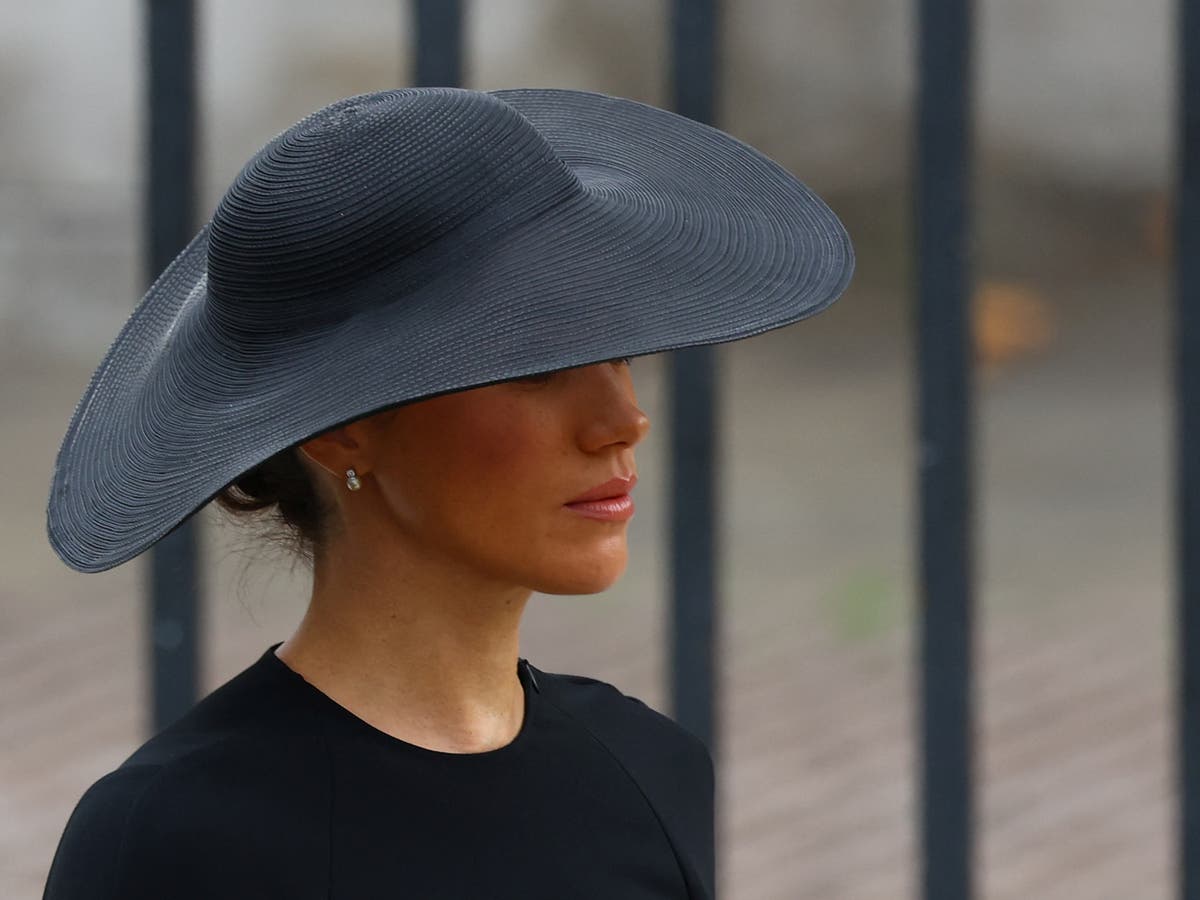 The Duke and Duchess of Sussex arrived at the funeral procession at Westminster Abbey prior to the Queen’s funeral.

Harry and Meghan were photographed in the mall outside Buckingham Palace as hundreds of thousands of people lined the streets of central London to watch the funeral unfold.

They were seen as a procession to transport the Queen’s coffin through the capital, before the funeral service at Westminster Abbey.

The pair looked glum as they drove the Range Rover from Wellington Arch, down Constitution Hill and The Mall towards St James’ Palace.

Four vehicles with flags were seen driving in front of the car.

Huge crowds flocked to witness the spectacle, and the public vantage points for the Queen’s Coffin Procession from Westminster Abbey to Wellington Arch were filled to the brim an hour before the funeral began.

King Charles said he was “deeply moved” by the public response, and millions of people around the world are expected to see the funeral.

The King led the procession to Westminster Abbey along with 200 musicians from the massive Pipes and Drums ensemble of Scottish and Irish regiments, the Gurkhas brigade and the Royal Air Force, with the Princess Royal, the Duke of York and the Earl of Wessex.

The quartet was followed by the Queen’s grandsons Peter Phillips, the Duke of Sussex and the Duke of Wales.

Royal family members not following the Queen’s coffin arrived at Westminster Abbey prior to the funeral.

Meghan, as well as Camilla, the queen consort, and Catherine, Princess of Wales, were among those who arrived after the arrival of many heads of state, foreign dignitaries, staff, friends and members of the royal family.

When the queen’s coffin arrived at the abbey, the family gathered to walk directly behind her before the service.

King Charles and his siblings immediately followed the coffin, which was carried through the center of the abbey. Then William and Kate and their children were followed by Harry and Meghan.