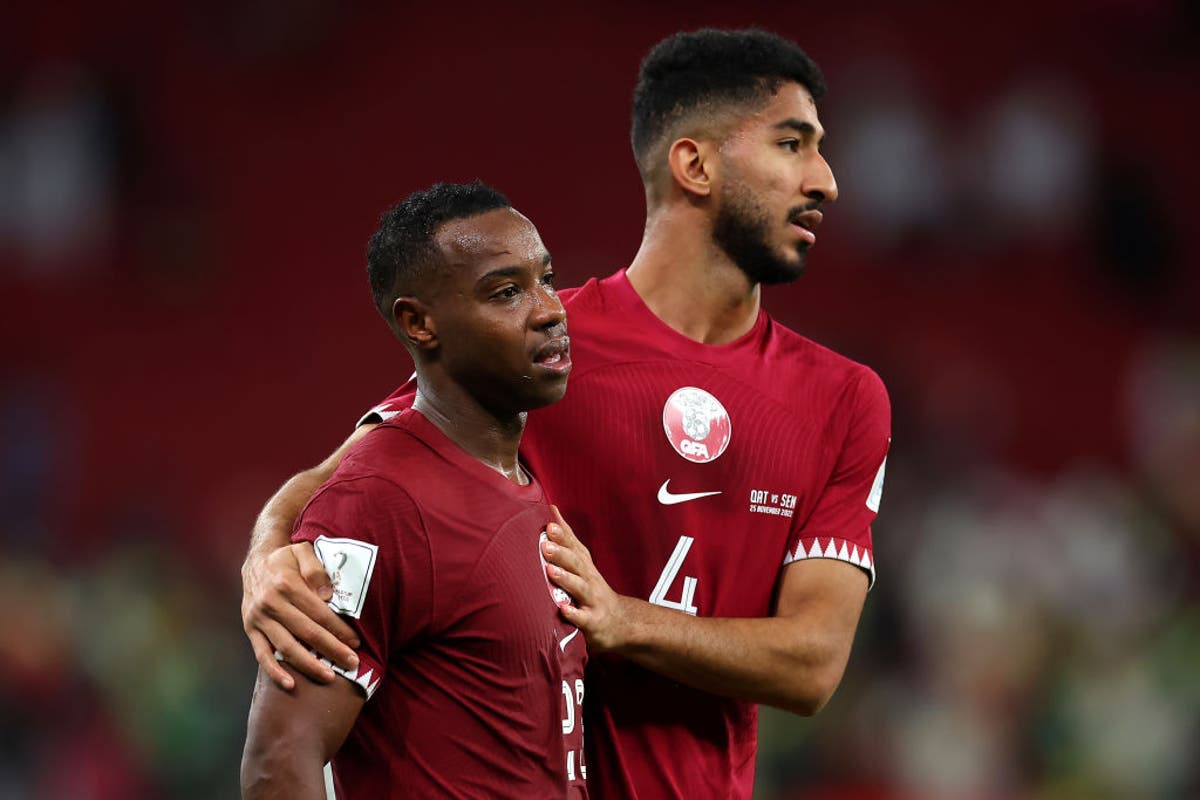 Qatar had waited 12 years to host the World Cup, but it could only take six days to eliminate the host. A 3-1 defeat to Senegal means Qatar are now at the mercy of the Netherlands: a win or draw against Ecuador this afternoon would see Qatar go down in unwanted World Cup history as the first host to be eliminated after two games.

However, Qatar scored and offered much more fighting in the second half than in the first defeat to Ecuador. Mohammed Muntari led to the historic moment of Qatar’s first World Cup goal with a brilliant 78th-minute header, giving the home crowd a faint hope of return. Six minutes later, Bamba Dieng quickly put him to sleep as a substitute gave Senegal a two-goal lead.

The hosts will wish they had been bolder from the start. Once again, Felix Sanchez’s team lacked quality and ambition, and defensive errors sealed their downfall and made Qatar look very exposed on the pitch.

Senegal’s hopes of reaching the knockout stage are still alive, but this was not a performance to encourage anything else. This clash in Group A could have been a meeting between the champions of Asia and Africa, but it was a clash between two weak teams. Without Sadio Mane, Senegal lost inspiration, and if Qatar released it sooner, they might have added more doubt to their minds. Qatar’s late fight was too late, and by then their fate was sealed.

Senegal’s opener was the most generous gift from the World Cup hosts and perhaps will be remembered as a moment that symbolized Qatar’s efforts: unlucky, hopeless and utterly without depth. An unfortunate attempt by Boualem Khoukh to clear the ball landed the ball in the path of Boulaye Dia and there was no turning back for Qatar from there.

Perhaps the turning point came moments earlier when they were denied a penalty at 0-0. Akram Afif was played on goal through the left channel but collapsed after a challenge by Ismaili Sarr. Instead of trying to shoot, Afif put his right foot out and took contact from behind. Referee Antonio Mateu Lahoz was unfazed and any presumption that the hosts would be treated favorably at the World Cup was disproved.

The stakes were already clear with two sides that started with defeats. The rhythm of the noise from a jumping group of Qatari fans and a traveling band of Senegalese drummers at the other end of the stadium was rather balanced by the performance of two teams who are not confident and know that their World Cup hopes are numbered.

In the opening stages, Qatar maintained their defensive form and Senegal controlled possession but once again lacked the advantage. Sarr and Krepin Diatta, having switched flanks from Senegal’s opening match, tried to drive into gaps in the side of the Qatar centre-backs. Substitute goalkeeper Meshaal Barsham, who came on for Saad Abdullah al-Sheeb Barsham, had his first uneasy moment as he came on and crashed into the Senegalese corner as Famara Diedhiou shot wide of the open goal. Idrissa Gueye was the closest after driving narrowly wide, but Qatar seemed to be doing enough to stay in the match.

But their hopes of reaching half-time level were dashed as Khoukhi tried to break through. The defender was 20 when Qatar won the 2010 World Cup and has made 106 appearances for his country, building up to this point. But it’s hard to explain his panic as he tried to clear a simple and harmless cross from Senegal’s left flank. Khoukhi slipped, the ball bounced off his butt and into Dia’s path. The finish was ruthless and gave Barsham no chance. Ani Diedhiou shortly after the break when the former Bristol City striker met a sharp turn and headed home at the front post.

The game seemed to be over, but Senegal’s Edouard Mendy was the busiest of the two keepers after the break. Abdelkarim Hassan’s long-range shot sent Mendy lunging to his left and Almoez Ali netted Qatar’s first World Cup shot after 165 minutes of play. Senegal’s coach Aliou Cisse supported Mendy after his costly mistakes in Senegal’s first game against the Netherlands, and the goalkeeper then recalled his instinctive brilliance to stop Ismail Mohamad’s missed shot from close range.

It seemed that Qatar had finally arrived, and that only puts into question why they were so cautious. Sanchez’s team started to play and Muntari gave Mendy no chance as his downward header completed a brilliant back-to-front move with Mohamad’s cross finding a gap between the Senegalese centre-backs.

For a while their hopes looked restored, but thoughts of a late return were quickly dismissed six minutes later as Dieng netted Senegal’s third goal. This rather flattered Cisse’s side on a second-half basis, but Senegal were also able to split Qatar when needed. On Tuesday, Qatar will go into their final group match against the Netherlands, still looking for their first points in the tournament. If today’s results are unfavorable for them, that will be all they can play for.