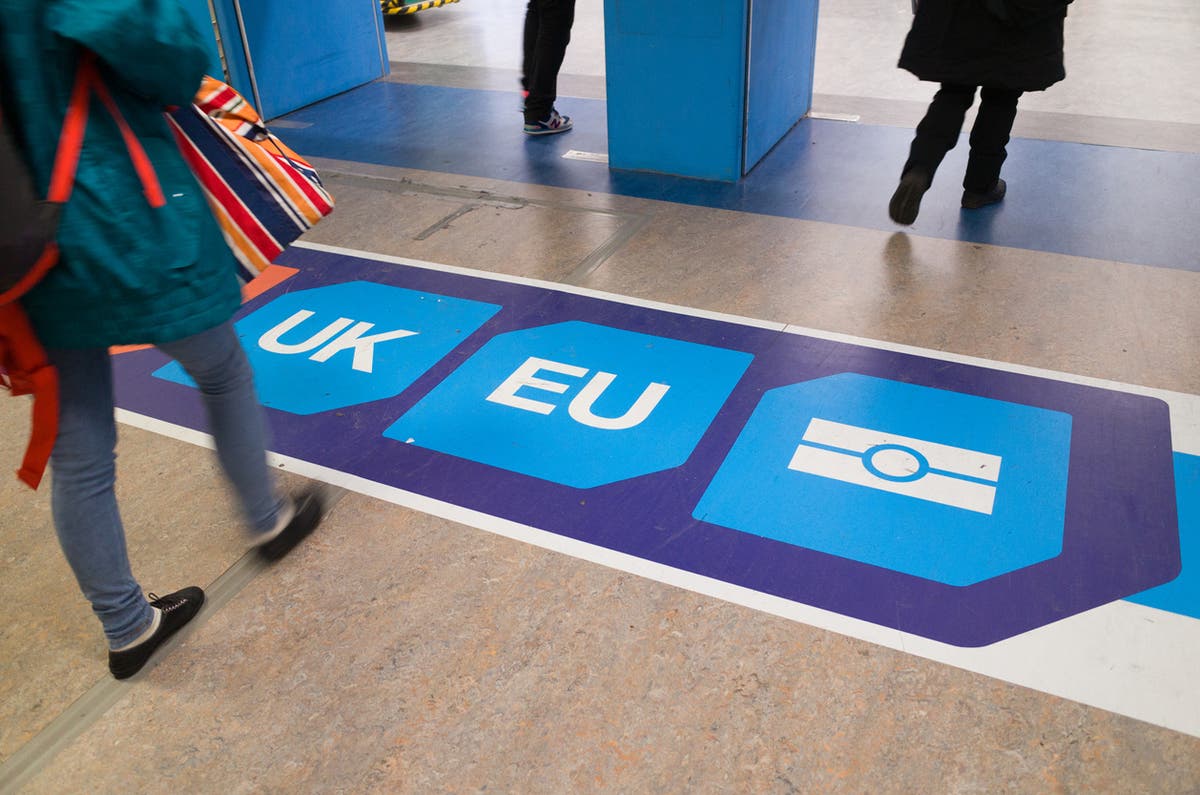 Rishi Sunak is facing backlash from Conservative MPs after new figures showed net migration to the UK has risen to a record high, with 504,000 more people entering the country than leaving over the past year.

“Unprecedented” global events, including the lifting of Covid lockdowns, the war in Ukraine and Chinese security restrictions in Hong Kong, have resulted in a surge in immigration.

The total number of arrivals was 1.1 million in the 12 months to June, the highest since statistics were collected in 1964 and well above the 560,000 departures, despite the fact that for the first time since 1991 more EU nationals left the UK than has arrived.

Even after humanitarian programs for Ukrainians and Afghans were allowed, the figures added weight to the observation that Brexit did not reduce overall migration, as many supporters of the exit campaign had hoped.

Instead, the figures suggest that leaving the EU has resulted in a shift in migration patterns to the UK, where departing Europeans have been replaced by nationals from countries such as India, Nigeria and China that dominate the work and study visa tables.

More than 20 Conservative MPs are believed to have signed a letter to Mr Sunak demanding action be taken to reduce overall migration.

Organized by Sir John Hayes – chairman of the traditionalist Tory group Common Sense and a close ally of Home Secretary Suella Braverman – the letter calls on ministers to tighten up the work and study visa regime, and to curb unauthorized boat crossings across the English Channel.

Home Office figures showed an 87 percent increase in the number of work visas issued in the 12 months to 381,459, while the number of study visas increased by 38 percent to 597,827. Both figures were more than double what they were before Brexit.

Sir John said the influx of migrants was putting pressure on the UK’s environment, housing and infrastructure and “displacing” native workers from jobs and training.

“The home secretary has been very open, honest and direct about the need for decisive action to take control of our borders in relation to small boats,” he told The Independent. “Similar work needs to be done to regain control of visas, which I believe are now out of control.”

Hayes said the scale of immigration ran counter to a promise in the Conservatives’ 2019 election manifesto – endorsed by Mr Sunak since his arrival at 10 Downing Street – to lower the overall number.

Responding to ONS figures on Thursday, Ms Braverman said the record number of people arriving in the UK was “thanks to the generosity of the British people” towards Ukrainian, Afghan and Hong Kong BNO (British Overseas Citizens) passport holders.

“The public rightly expects us to control our borders and remain committed to reducing migration over time in line with our commitment in the manifesto,” said the home secretary, who told a Conservative conference in October that her personal ambition was to reduce net migration below 100 000.

“My priority remains to fight the increase in dangerous and illegal crossings and to stop the abuse of our system.”

Downing Street said Sunak remained committed to curbing net migration but had not set a “specific timeframe” for achieving the target. The prime minister’s official spokesman blamed “some unprecedented and exceptional circumstances” for the record numbers.

ONS deputy director Jay Lindop said a significant factor driving these numbers was the migration of students from non-EU countries who are no longer forced to work remotely due to Covid lockdowns.

The figures also revealed a growing backlog of asylum applications, with 117,400 waiting for an initial decision, with almost 80,000 waiting more than six months.

Labour’s shadow secretary, Yvette Cooper, said the statistics revealed “serious problems with the Conservative mismanagement of the immigration and asylum systems, where they have completely failed to get a grip.”

She said ministers had failed to deal with criminal gangs arranging Channel crossings and managed to process claims of just 2 per cent of those arriving by small boat in the last year.

“Work visas have also increased significantly as a result of severe skills shortages in the UK – yet the Conservatives are not taking any serious action to address the skills shortages here in the country,” Cooper said.

And Amnesty International has called for a “complete overhaul” of the asylum and immigration system, saying the government should provide safe routes for people wishing to come to the UK.

Refugee and migrant rights director Steve Valdez-Symonds said: “These figures show that the UK asylum system is in complete disarray.”

But leading Tory Brexiteer Peter Bone defended the government’s record by speaking Independent: “The fact that we accept people from Hong Kong, from Afghanistan and especially from Ukraine is right.

“The point is that we control our borders and make decisions, not the EU. Imagine what the numbers would be if we still had free movement of people. That’s what Brexit was all about – it was never about no immigration.

“The number of students may increase, but most of them will return to their home countries. The government’s priority must be to stop illegal boating across the canal.”