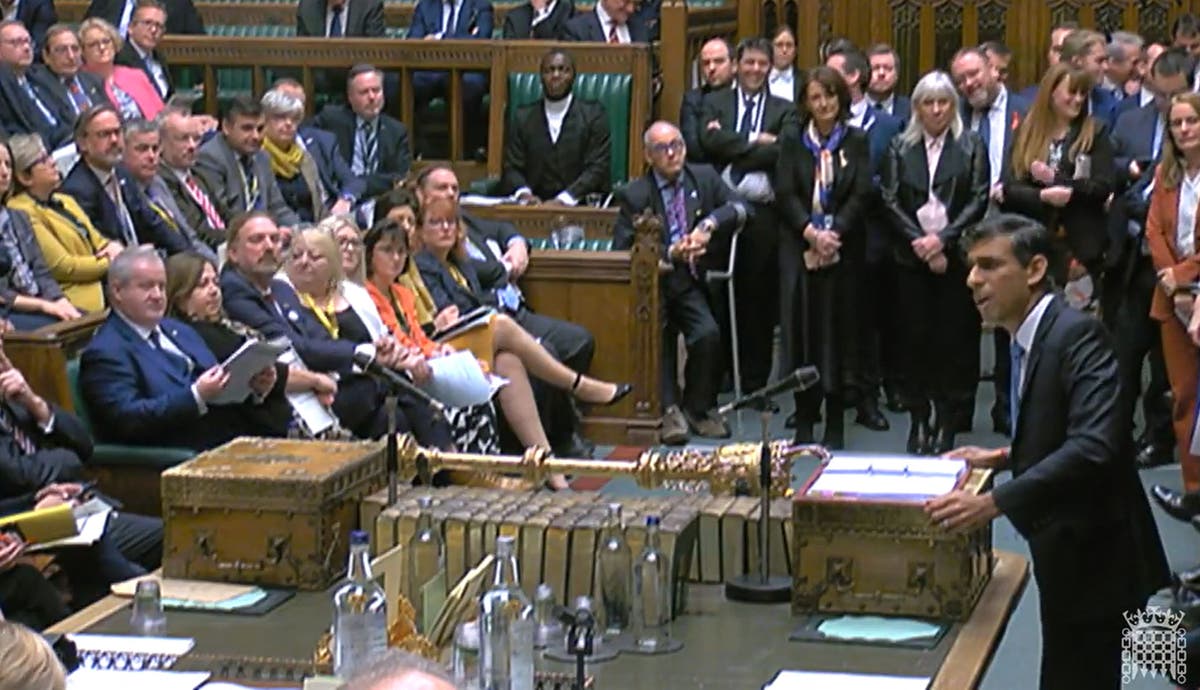 The Tory revolt, which threatens to undo a government pledge to revive housing, shows Rishi Sunak is “too weak” to make the changes the country needs, says Labor.

The prime minister has dodged the first major test of his prime ministership in the House of Commons by delaying a vote – after nearly 50 of his MPs pledged to free local councils from government targets for new homes.

The move is widely seen as the death knell for the promise of building 300,000 homes a year by the mid-2020s, although this goal was already very unlikely to be achieved.

In the House of Commons, Keir Starmer attacked the prime minister for “killing the dream of owning a home”, combining it with other alleged failures to take tough action.

“He will not follow the Labor plan to end non-citizen status – instead we have an NHS staffing crisis,” the Labor leader told Sunak.

“He will not pursue Labor’s plan to make the oil and gas giants pay their fair share – instead it hits working people.

But Mr Sunak claimed he was the one displaying “leadership”, pointing to the Tory leadership campaign when he attacked Liz Truss’ “fairytale” economy.

The vote, an amendment to the flagship law on equalization and regeneration, was due to take place next Monday but was withdrawn due to crisis talks between ministers and rebels.

Several former ministers, including Damian Green and Theresa Villiers, are among the supporters of trying to scrap the targets councils must take into account when deciding on planning applications.

The government is not in danger of losing votes – as Labor would not support the Conservative rebels – but faces the embarrassment of relying on the opposition to win them.

The rebellion was condemned by the 2019 Tory Manifesto co-author Robert Colville, who warned that it would “retain ‘nimbyism’ as the governing principle of British society”.

The Country Land and Business Association said the rebels were “suffocating rural communities with the very cotton they want to wrap us in.”

“Lack of housing stock is pushing young people out of the countryside, and high prices are preventing families from living in the countryside,” said its president, Mark Tufnell.

But Ms Villiers, North London MP for Chipping Barnet and former environment secretary, said: “Top-down targets are not the right way to run our planning system.

“Local decision-making matters and if we are to build the right houses in the right places, we need to bring that principle back into the planning process.”