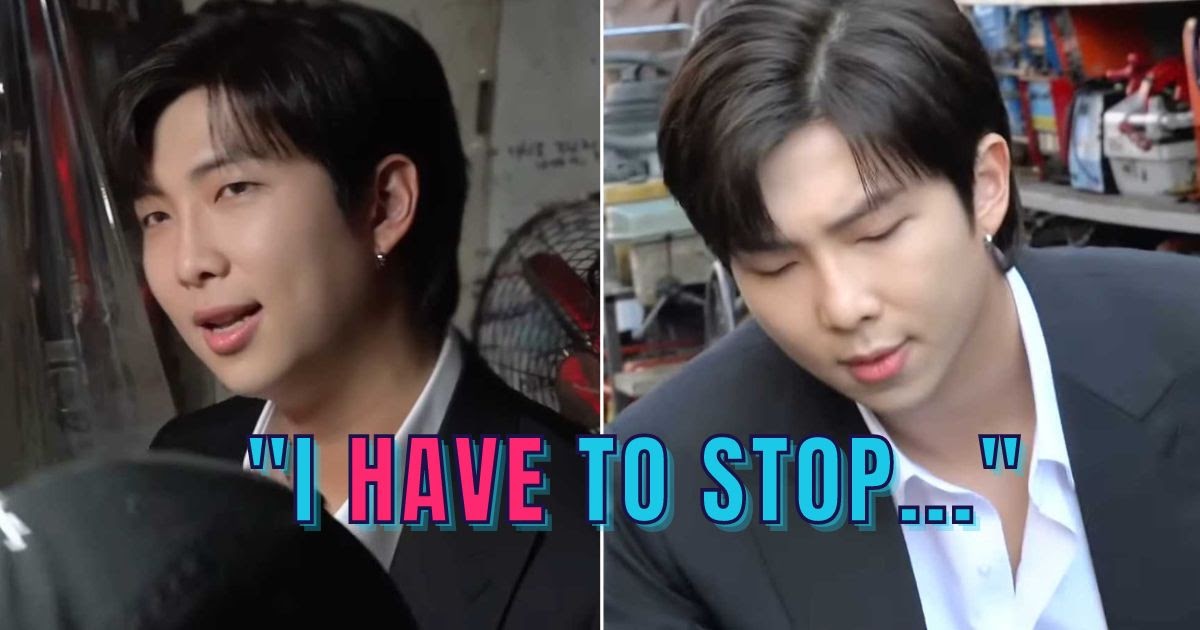 Tuxedo-clad RM stepped onto the set looking like a hot, wealthy CEO straight out of K-Drama, and shot his scenes as fluidly as the pro that he is.

During the filming, he happily chatted with him San Yawn, a member of Balming Tiger, and discusses his scenes with the directors on set. But there was one shot that made RM want to make a change… not in the scene but in his life.

Immediately after shooting the close-ups at the old store, RM found out that he would be shooting the famous bike scene where a toy Ferrari is driving by. He was a bit nervous when the director said they really did with you (bike rental) to the stage.

The playful RM firmly said to the camera: “This year I will get a driving license. I will get it for real. I need to stop teasing me that I don’t have a driver’s license”And the staff burst out laughing.

For those who may not know, RM is the only one at BTS that doesn’t yet have a driver’s license. He also loves using rented bikes to get around town, so much so that he has an entire song written with insights from his cycling experience.

The bicycle scene was added in the video to bring out the influence of the lines “That cheap Rollie and Rarri, what are you doing boy? from RM. While he joked about getting a driver’s license as soon as possible, the lack of one ultimately revived this iconic shot.

So it’s safe to say that license or no license, RM will remain a driving force in the music industry only through its pen game.

You can watch the behind-the-scenes video here: