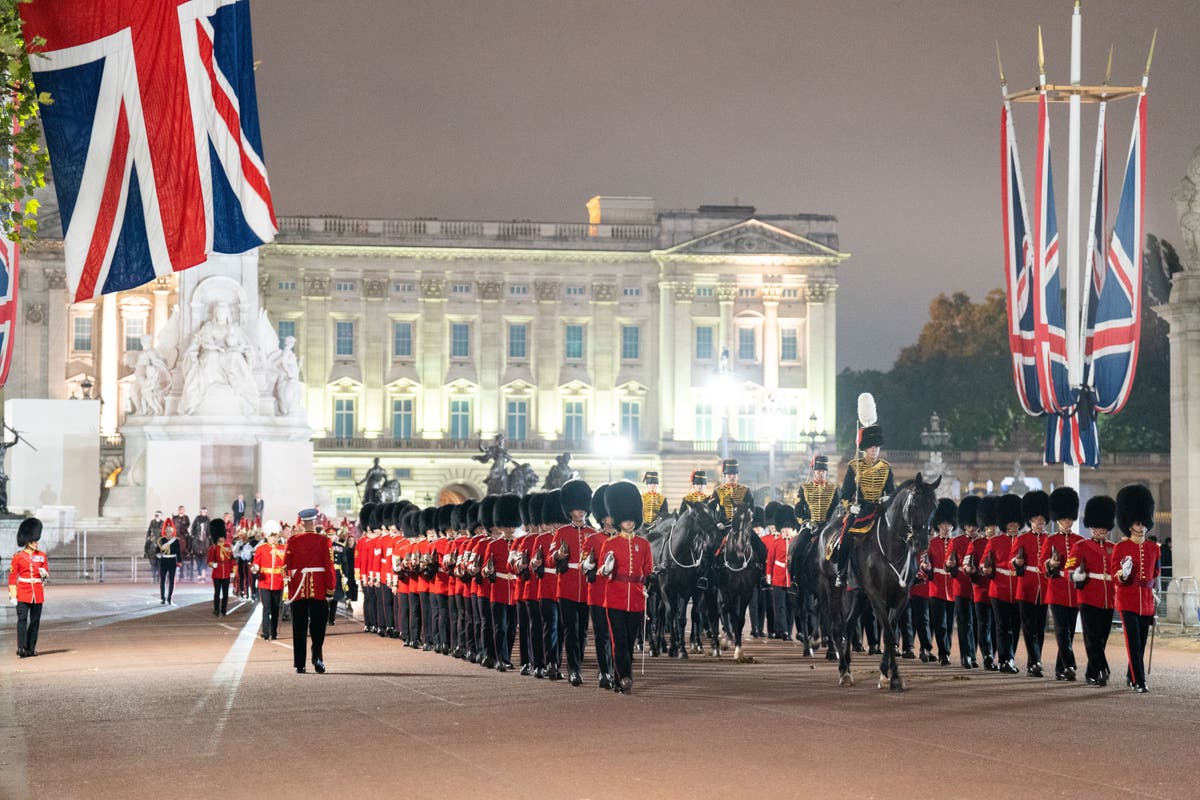 The government has announced details of an itinerary for mourners lining up to see Queen Elizabeth II in London.

After her death at Balmoral Castle in Aberdeenshire, the queen’s coffin was taken to St Giles Cathedral in Edinburgh, where tens of thousands stood on Monday night to pay tribute, some passed as the four children of the late monarch – including King Charles III – led by her side 10 -minute standby.

Upon arrival at Buckingham Palace on Tuesday evening, the Queen’s coffin will be transported to Westminster Hall in a tow truck on Wednesday afternoon, where she will remain until Monday morning. mourn her passing.

Reportedly, at an emergency meeting of the Cobra government, it was said that the estimated waiting time in the line to Westminster Hall could be up to 35 hours, with the capital expected to be visited by between 750,000 and a million people.

Mourners from all over the UK, Commonwealth and the world are expected to join the line that will form the Albert Embankment, which runs along Belvedere Road behind the London Eye and heads to South Bank, Department of Culture, Media and Sports (DCMS) announced Tuesday night.

From there, it will follow the River Thames, passing the National Theater, Tate Modern, and HMS Belfast, to Southwark Park, on a four-mile route.

As people pass the Albert Embankment, they will be guided over the Lambeth Bridge, into Victoria Tower Gardens, and through “airport-style security” before entering the Palace of Westminster, where the Queen will lie in state.

Mourners will be able to walk past the coffin, which will be raised on a catafalque, draped in the Royal Standard and decorated with a ball and scepter. It will be guarded by a vigilance from Sovereign’s Bodyguard, Household Division, or Yeoman Warders from the Tower of London.

Regular updates on queue length and estimated waiting times, as well as where to find the back of the queue, will be provided on DCMS social media channels.

The main cable car has stepless access and there will be a separate access route starting in Tate Britain – where time slots will be issued for the line along Millbank towards the Parliamentary Estate.

Guide dogs, hearing dogs and other official assistance dogs will be permitted in Westminster Hall and British Sign Language interpreters will be available.

Toilets and fountains will be located at various locations along the route, and nearby organizations such as Southbank Center and Shakespeare’s Globe will be open at extended hours to provide refreshments and breaks. BFI will display the Queen’s archival footage on an external screen.

St John’s Ambulance will be stationed along the route to provide first aid when needed, while Scouts, Samaritans, the British Red Cross, First Aid Nursing Yeomanry and the Salvation Army will also support those in the line.

Thousands of officers will also be involved in the enhanced police response, codenamed Operation Feather, with new Metropolitan Police chief Sir Mark Rowley – who first joined planning the Queen’s death “five or six years ago” – saying that the lie was able to put ” a huge challenge. “

There are strict restrictions on what members of the public can bring into the Palace of Westminster as people can only have one small bag with one simple opening or zipper which must be less than 40cm x 30cm x 20cm. There is a drop off point available, but capacity is limited and there is no guarantee that there will be space.

There is a long list of banned items available on the government website that includes flowers or other tribute items including candles, soft toys, and photos. Other prohibited items include banners, flags, baskets, blankets, and folding chairs.

Mourners are also prohibited from filming, taking pictures and using cell phones in the search area and in the Palace of Westminster.

The government said people would have to stand “many hours, maybe all night”, with very little chance of being seated as the line would keep shifting, advising people to “consider this before you decide to come or take your children with you.” “. .

Waiting in line will not be able to pitch the tent, and the wristband system will be used to manage the queue and allow people to leave for short periods.

According to the official guidelines, people standing in the line should bring clothes suitable for the weather, food and drinks, a portable power bank for mobile phones and any necessary medications.

As large crowds are expected, road closures and delays in public transport are likely to be expected.

The line will close early on Monday as the queen’s period of recess comes to an end, shortly before the late monarch’s funeral.