Sandara Park, “The 2NE1 Coachella scene in the US is also a mystery to the agency” (Radio Star) 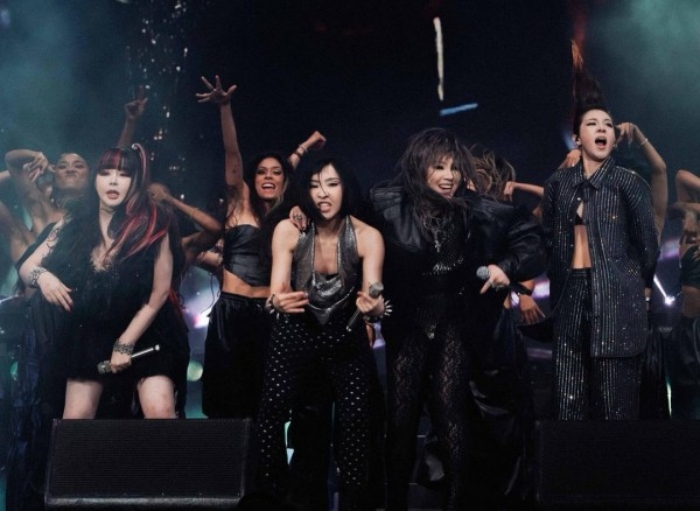 Before the release of MBC’s “Radio Star” episode on September 14, a trailer was released via Naver TV, reviewing the candid 2NE1 scene on Coachella.

In the film, Sandara Park told the story of the creation of the full 2NE1 scene on Coachella, which is the group’s return after 7 years. In particular, the female idol started by saying“It started with a suggestion from CL, who was invited to the Coachella Festival.” She also added: “There were many requests to appear on radio stations and award ceremonies, but they always failed. This time everything is confirmed right away. “

According to Sandar Park, the performance at Coachella was not easy. “I had to write a memorandum of confidentiality. If it leaks, the show will be canceled with a penalty. I also kept it a secret from my agency. “

The female idol then revealed that she secretly practiced at 10pm every night at the dance academy run by Gong Minzy and surprised everyone by adding: “I also lied to my manager about seeing a friend.”

MC Kim Gura then asked Sandara Park about her feelings before standing on stage with 2NE1 after a long time. Responding to this, Sandara Park said: “I haven’t been on stage in 7 years. I thought about saying hello to the waiting fans, but was worried that they might not recognize me. Even so, I came with the goal of ensuring the best performance. ”

Sandara Park then remembered her first performance on the Coachella stage. “When the intro to ‘I Am The Best’ came out with the members’ profiles, a large number of the audience greeted us with fierce shouts and chants. It was very exciting “, she was boasting.

“I was so excited that my shoes fell off”, the idol also admitted a stage error.

Apart from that, Sandara Park also shared an episode related to her “Vegeta Hairstyle” which was a hot topic at the time. In particular, she said: “I had to keep it a secret. On the way to the concert hall, I bowed my head in the car and bent my neck to the side due to the extremely tall hairstyle. Right in front of our stage, however, a gust of wind began to blow like a catastrophic movie. That’s why my hair is so damaged. “