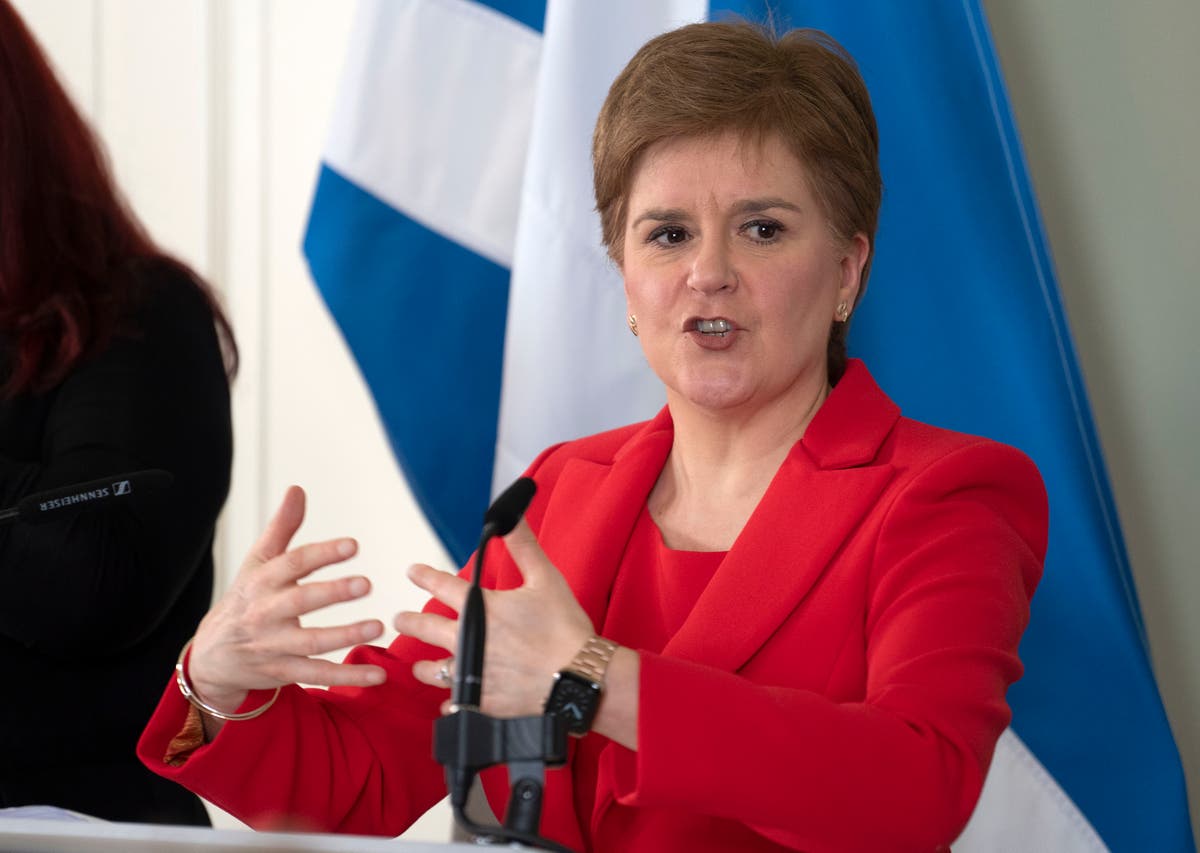 The Scottish Parliament cannot decide to hold a second independence referendum without the consent of Westminster, the High Court has ruled a new blow to Nicola Sturgeon’s hopes of holding a vote.

The UK’s highest court has ruled that Holyrood cannot legislate on the vote, agreeing with the UK government that constitutional matters are reserved to the UK Parliament.

The case was brought by SNP leader Ms Sturgeon, Scotland’s First Minister, who outlined plans to hold a second vote – broadly known as indyref2 – on 19 October 2023.

“The Scottish Parliament has no power to legislate on the Scottish Independence Referendum,” he said.

Ms Sturgeon said she was “disappointed” by the UK’s Supreme Court ruling – but claimed the decision “makes [the] the case for independence.

“A law that does not allow Scotland to choose its own future without Westminster approval debunks as myth any notion of Britain as a voluntary partnership,” she tweeted.

The SNP leader, due to make a full statement at 11.30am, added: “Scottish democracy cannot be denied. Today’s ruling blocks one way to hearing Scotland’s voice on independence – but in a democracy our voice cannot and will not be silenced.”

Despite the blow to her hopes, Ms Sturgeon intends to use the decision to try to garner more support for independence, which lost narrowly to the No campaign in 2014.

The leader of the SNP had previously warned that her party would stand as a candidate in the upcoming parliamentary elections on the only pro-independence platform if the Supreme Court rejected her.

Rishi Sunak said now was not the time for an “unnecessary, divisive constitutional referendum” on Scottish independence.

The Prime Minister called the idea of ​​holding an indyref2 any time soon as “quite frankly a crazy idea” during the Tory party leadership contest in August.

The verdict means the Scottish Government’s top legal officer, Lord Advocate Dorothy Bain, will now be barred from approving a referendum bill that could pass through the Scottish Parliament.

During a two-day hearing in October, Ms Bain said resolving the legality of the proposed referendum bill was a “hugely important issue” that had “rotted” from the early days of devolution.

But Lord Reed said the High Court had decided it “had the power to decide” now on whether the referendum could go ahead without Westminster approval.

Lord Reed also said the court did not accept the SNP’s arguments based on the “right to self-determination” in international law.

He said the Canadian case involving Quebec held that the right to self-determination under international law only existed in situations “former colonies or where the nation is oppressed … or where a specific group is denied meaningful access to government.”

Calling for new powers, the Welsh nationalist leader added: “It is time for the UK government to guarantee the right to self-determination for all devolved nations.”