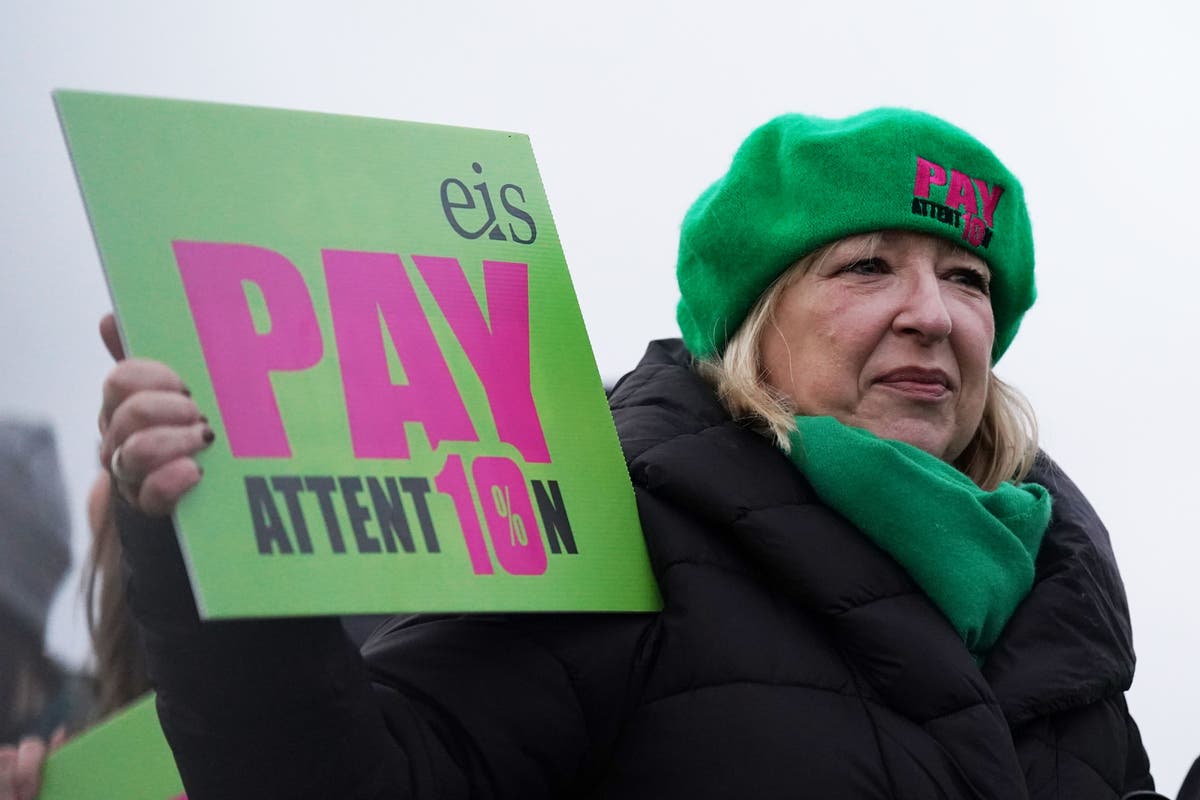 Striking teachers will gather outside the cabin where Robert Burns was born as the regional action program reaches its halfway point.

Teachers in both South Ayrshire and Edinburgh are taking strike action on Wednesday – as the union’s 16-day strike action program comes to a halfway point.

In addition to meeting at the famous cottage, teachers will attend a rally in the Scottish capital, addressed by EIS Secretary General Andrea Bradley.

It comes amid an increasingly entrenched pay dispute, with unions saying the Scottish government and councils “have little or no interest” in finding the funds needed to solve the case.

The current offer on the table would mean most teachers would get a 5% pay rise, although some lower paid staff would get a 6.85% raise.

The teachers rejected this, and the EIS demanded a 10% increase. However, Scottish First Minister Nicola Sturgeon stressed there was a “gap” between what teachers demand and what is “affordable”.

However, Ms Bradley said there was “continued to misjudge the strength of our members’ determination in Scotland” as well as “misappreciate the moral and financial inadmissibility of another real pay cut for education staff”.

After EIS wrote to the National Education Union to express solidarity with teachers in England and Wales who voted to take strike action, Ms Bradley said: genuine contempt for them, wrapped in warm words and sophistry, that despite deliberately restrictive anti-union legislation , which is still in force, our unions were able to cross electoral thresholds and achieve industrial action mandates.”

She advised politicians across the southern border against “seeking to divide teachers and support staff” in schools over the issue of pay, as she said that “the Scottish Government, despite all its claims of its union endorsement, is disgracefully trying to do this”.

Scottish Education Minister Shirley-Anne Somerville said: “It’s not in anyone’s interest to strike in our schools – including pupils, parents and carers who have already had to deal with severe disruption over the last three years.

“I continue to urge teachers’ unions to reconsider the current industrial action while talks are ongoing.”

She said four offers had been made to teachers through the Scottish Teachers Negotiating Committee (SNCT) – which brings together the Scottish Government, local authority leaders in Cosla and trade unions – but were turned down.

However, Ms Somerville said the latest offer, if accepted, “would represent a total increase in teachers’ salaries of 21.8% from 2018”.

She insisted: “The union’s demands for a 10% increase for all teachers – even the best paid ones – are unachievable within the Scottish Government’s standing budget and a more pragmatic approach is needed before we can reach a compromise.

“The Scottish Government appreciates the hard work our teaching staff do for our pupils and we remain fully committed to ensuring that they receive a fair salary offer.

“We are continuing discussions with the unions and hope they will continue to work towards a compromise to ensure a lasting settlement for all involved.”