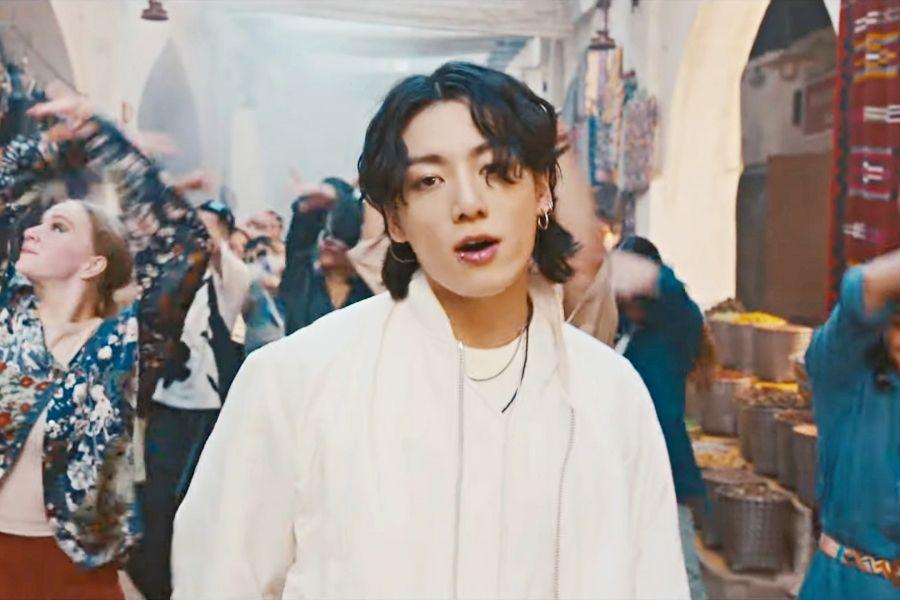 Jungkook’s BTS music video for his official World Cup song is finally out!

On November 22, FIFA released the music video for Jungkook’s 2022 World Cup song “Dreamers”, which premiered at the opening ceremony in Qatar last weekend.

Since its release on November 20, “Dreamers” has topped the iTunes charts in over 100 countries around the world, including eight of the world’s largest music markets (US, UK, Japan, France, Canada, Australia, Germany, and Italy ). The single also set a new record for the fastest official FIFA World Cup song, peaking at number one on the iTunes Top Songs chart in the United States, where it took just 2 hours and 11 minutes.

Check out the new music video for “Dreamers” below!