See: Yoo Yeon Seok and Moon Ga Young miss each other even though they have the same feelings in the trailer for “The Interest Of Love” 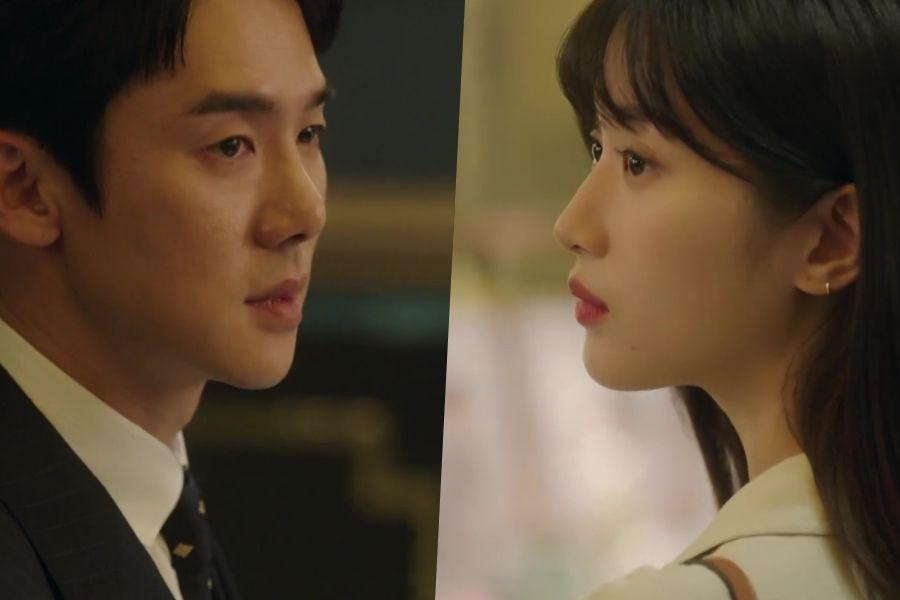 JTBC’s upcoming drama “The Interest of Love” has released its first trailer!

Starring Yoo Yeon Seok, Moon Ga Young, Geum Sae Rok and Jung Ga Ram, “The Interest of Love” is a romantic drama about four people with different interests who meet at the Yeongpo branch of KCU Bank and begin to understand the true meaning of love .

The first trailer shows Ha Sang Soo (Yoo Yeon Seok) and Ahn Soo Young (Moon Ga Young) bonding over each other despite their differences in understanding. Ahn Soo Young asks, “Did you ever ask me if it would be different if we met that day?” He continues, “No, it wouldn’t work in the end,” but recalls happy memories of Ha Sang Soo.

Ha Sang Soo then replies to Ahn Soo Young, “Is that the answer you were trying to give?” while his eyes are glued to hers. These two cannot get close for various reasons, but their feelings for each other have been the same since the day they were happy together on the beach.

In the middle of it, Park Mi Kyung (Geum Sae Rok) and Jung Jong Hyun (Jung Ga Ram) confess their feelings to Ha Sang Soo and Ahn Soo Young respectively. Viewers are curious to see if Ha Sang Soo and Ahn Soo Young will be able to overcome their differences in understanding and come to terms with each other despite the various variables that come up between their relationships.

The Interest of Love is set to premiere later this year via JTBC.

While you wait, watch Yoo Yeon Seok in “Dr. Romantic”: