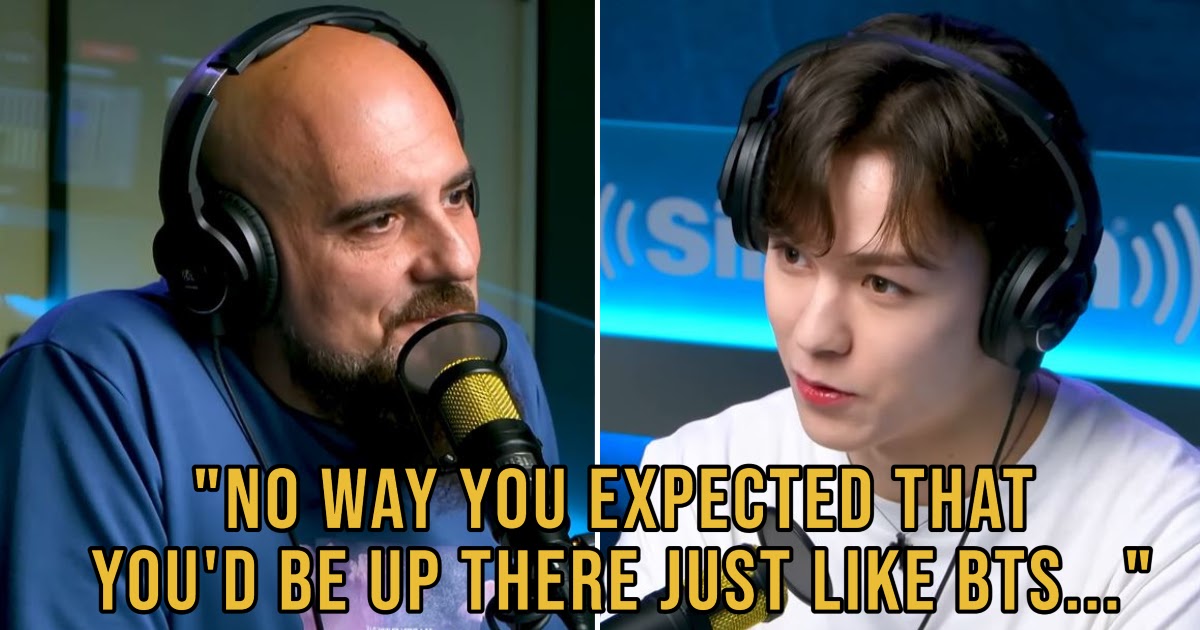 All K-Pop idols have been trained over a very long time to deal with whatever the music industry can throw at them, be it a stage crash, public events, or even reacting to fans. However, sometimes things are completely out of the idol’s control and have to think on their own feet.

Recently SEVENTEEN‘s Vernon was appreciated for his mature answer to the question in the global interview.

SEVENTEEN recently returned from an American tour. While they were there, the members not only played in front of thousands of screaming CARAT …

But they also did some promotion through interviews and videos. Vernon in particular, Seungkwanand DK visited an American radio station Sirius XM talk about all things SEVENTEEN, including the friendship of members, the way they write their songs and much more.

From the very beginning, Internet users were not impressed by the interview, explaining that the interviewer did not do much research. They believe he has chosen to ask members very standard and general questions, such as how they were formed.

Of course, despite the essential nature of the questions, members responded respectfully. Vernon in particular took the lead in answering a lot of questions, and his true personality shone as he was polite and detailed.

While internet users were willing to accept more basic questions, one was asked which did not fit them because it was referring to another K-Pop group BTS.

Many K-Pop idols often mention BTS in global interviews, but Internet users found it disrespectful because it always seems to be a comparison or attempt to get groups to speak negatively about BTS. This interview was no exception.

When you started the band, there’s no way you would expect to be there like BTS. That you will be on the same level as BTS.

When the video was released, the comments were full of surfers expressing anger at the need to ask this question when specifying BTS.

No wonder Internet users shared their anger on this question, wondering why it was necessary to kick BTS in an interview with SEVENTEEN. Even though the fans were angry, they couldn’t stop praising Vernon for his mature answer to the question.

When we debuted, BTS wasn’t today’s BTS either. So it’s really crazy what we are doing now and where we are now.

The answer may seem simple, but Vernon has responded perfectly, showing how far BTS has come in the last few years, but also without detracting from what SEVENTEEN has had over the years.

When the clip was published, this was the focus of Internet users, praising Vernon for his mature response and ability to distract from comparisons and possible “fan wars”. In particular, since both groups are under HYBE, this was a question that might have been asked to start the drama, but Vernon made sure he avoided it.

Both SEVENTEEN and BTS had their own unique journeys as they rose to fame, and Internet users believe that idols should never be compared. In particular, it would always make groups uncomfortable when asked about older artists when it comes to comparisons, so internet users feel that all interviewers should be aware of this.