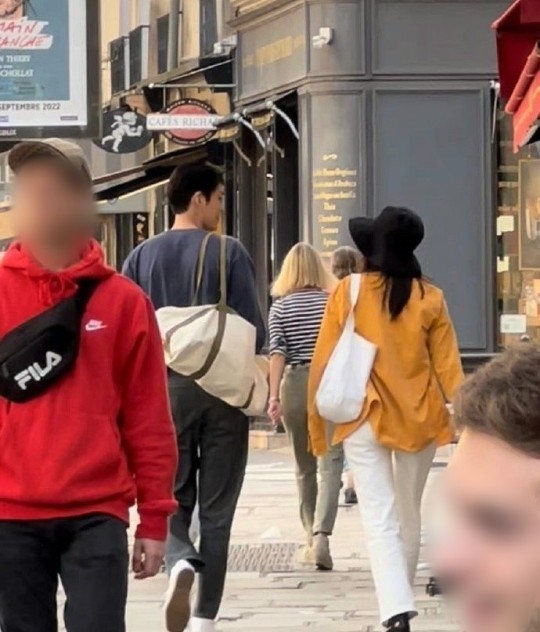 September 16 photos Shin Min-ah and Kim Woo-bin spending free time in an outdoor cafe in Paris has been published on the Chinese website SNS Weibo. The photos are believed to have been taken by a Chinese fan who witnessed the two in Paris.

Kim Woo-bin and Shin Min-ah played in their everyday clothes. Kim Woo-bin wore a gray top, while Shin Min-ah appeared in a yellow jacket and slightly covered her face with a black hat.

These two are still an adorable couple. They sat side by side in the cafe and watched something together on their cell phones. In the photo of the two actors walking together down the street, Kim Woo-bin’s honey-dripping eyes are noticed as she stared at Shin Min-aha.

Shin Min-ah and Kim Woo-bin have been dating for 8 years and are a representative couple in the entertainment industry. They publicized their romantic relationship in July 2015. In addition, Kim Woo-bin recently welcomed viewers with the movie “Alienoid”.