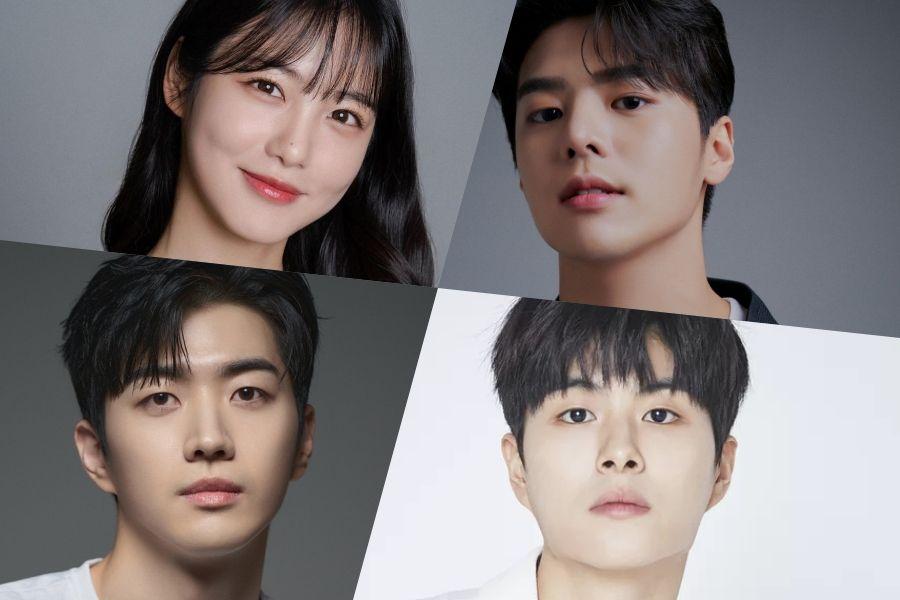 Flower Scholars’ Love Story was written by Kwon Eum Mi, who previously wrote The Woman with a Suitcase, Gap Dong, Royal Family, and General Hospital 2, and Kim Ja Hyun, who showed her profound composing skills through Bukchon Scholar Ban’s Road to Success. In addition, the director of the drama will be director Kim Jung Min, who directed “Royal Secret Agent”, “Queen: Love and War”, “Killer in Joseon” and “Princess Man”.

Shin Ye Eun, who has demonstrated great acting skills in the dramas “A-TEEN”, “He Is Psychometric”, “More Than Friends” and “Yumi’s Cells 2”, will play the role of Yoon Dan Oh, the Yihwawon innkeeper who rents rooms scholars from different places. Shin Ye Eun will play the role of a charming and self-confident main character who will mature over time.

Ryeo Woon, who stars in his first historical drama, will play Kang San, who has a good heart behind his charismatic appearance. Kang San is a martial arts scholar and has a somewhat cool aura. He is used to loneliness, but when he enters Yihwawon and meets Yoon Dan Oh and other scholars, he begins to open his heart. Following his debut in “Degree of Love,” Ryeo Woon made his presence known on “Doctor Prisoner,” “Homemade Love Story,” “Through the Darkness,” and more.

Kang Hoon will play the role of Kim Si Yeol who is very attractive as well as fun and friendly. Kim Si Yeol is a fearless man who likes to have fun and hates injustice even when he loses. Upon entering Yihwawon, he becomes Yoon Dan Oh’s best friend, to whom he gives dating advice while constantly arguing. The anticipation of Kang Hoon’s acting transformation, praised for his roles in “Red Sleeve” and “Little Women”, is high.

Jung Gun Joo will play Jung Yoo Ha, a scholar from a noble family who has a delicate personality and cares deeply about other people’s feelings. Ever since he grew up with his parents who always treated him coolly, he put in a lot of effort to gain recognition for his presence and became intelligent. Jung Yoo Ha warmly comforts Yoon Dan Oh in Yihwawon, the place where he stays while preparing for the state exam. Jung Gun Joo, who has become the rising star of the online drama “Ever After Flower,” will once again showcase his innovative acting skills in “Extraordinary You,” “Oh My Baby,” and “Monthly Magazine Home.”

The production team noted: “The Flower Scholars Love Story” is a secret romance that will bring great excitement in the first half of 2023. Stay tuned for the chemistry of Shin Ye Eun, Ryeo Woon, Kang Hoon and Jung Gun Joo to return to the small screen with a youthful historical drama. “

While waiting, check out Shin Ye Eun in “Yumi’s Cells 2”: