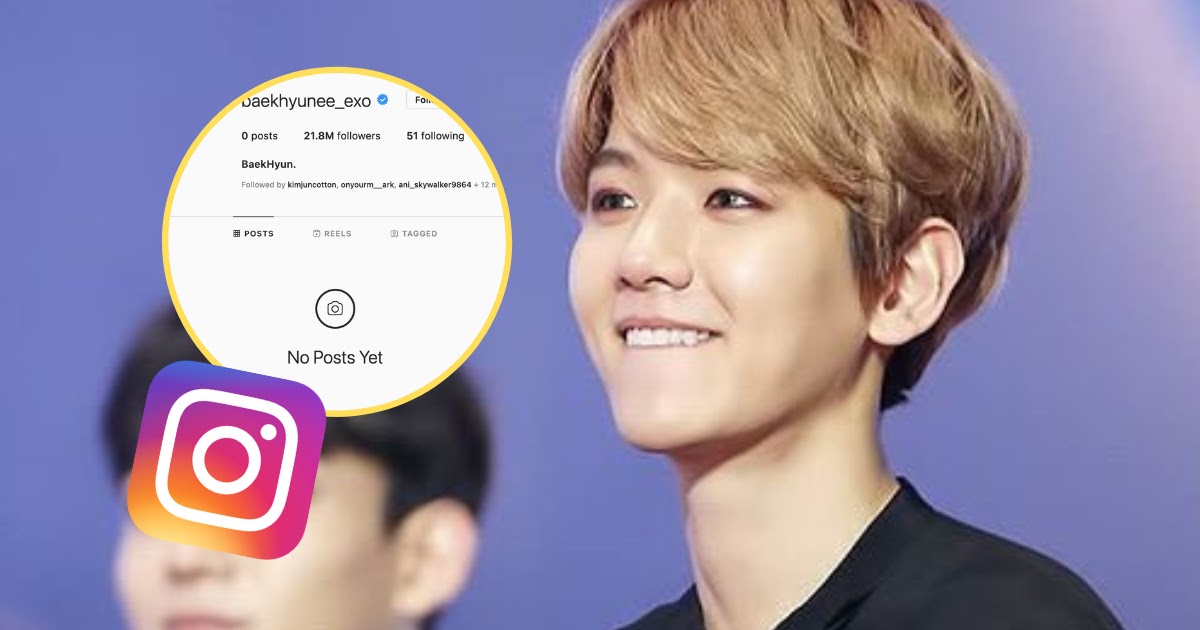 SM Entertainment explained the situation after suspicions about EXO Baekhyun‘s Instagram being hacked.

Fans received a surprise when they entered Instagram and found all Baekhyun’s posts were gone. He has been active on Instagram for a long time, so a lot of content has been lost.

Hacking celebrity social media accounts is not uncommon. Recently, for example, an actor Lee To Hyun his Instagram has been hacked. The hacker deleted all his posts and replaced them with new ones with random images, many of them marked “#ratobot”.

The hacker then revealed his next target: IVE‘s Wonyoung.

The hacker finally shared a statement about his motives and asked for forgiveness, though fans obviously remained suspicious. Luckily, Wonyoung’s Instagram wasn’t edited the way Lee Do Hyun was, and it looks like Lisa has remained unscathed as well.

But when EXO-Ls discovered Baekhyun’s Instagram profile had been wiped, it seemed entirely likely that he had also been hacked. According to fans, many saw that Baekhyun liked IUpost about her last concert, The Golden Hourwhich leads them to click on his profile only to find it empty.

Both fans and the media contacted SM Entertainment hoping to find out what was going on. The company soon released a statement explaining that Baekhyun had not actually been hacked. Rather, he has cleared his feeds himself as he wants to reorganize them before his military dismissal!

SM Entertainment explained that the sudden disappearance of Baekhyun’s Instagram posts was not due to an account hack.

“In order to plan and build a new (Instagram) channel after his military release, the posts were personally deleted by Baekhyun.”#BAEKHYUN @B_hundred_Hyun pic.twitter.com/VEpxWQzFgT

As soon as this was cleared up, the EXO-L began to find it amusing that Baekhyun’s attempt to reorganize his forage deserved so much attention.

not news sites that they call sm entertainment to ask what’s going on with baekhyun’s Instagram account, just to find out that baekhyun just wants to rename their channel ㅋㅋㅋ

This certainly proves that he will always be the main character!

… It’s still possible that he just archived it. After all, it’s a few years of memories!

PS. I believe SM used the generic term “delete” to explain the disappearance of posts, but it could also be that Baekhyun has chosen to archive his posts.

There is a feature on Instagram that allows you to bulk archive your posts so you can quickly explain how it happened.

In any case, EXO-L might be easy knowing Baekhyun has big plans for the future.

Read more about hacking Lee Do Hyun and Wonyoung here.