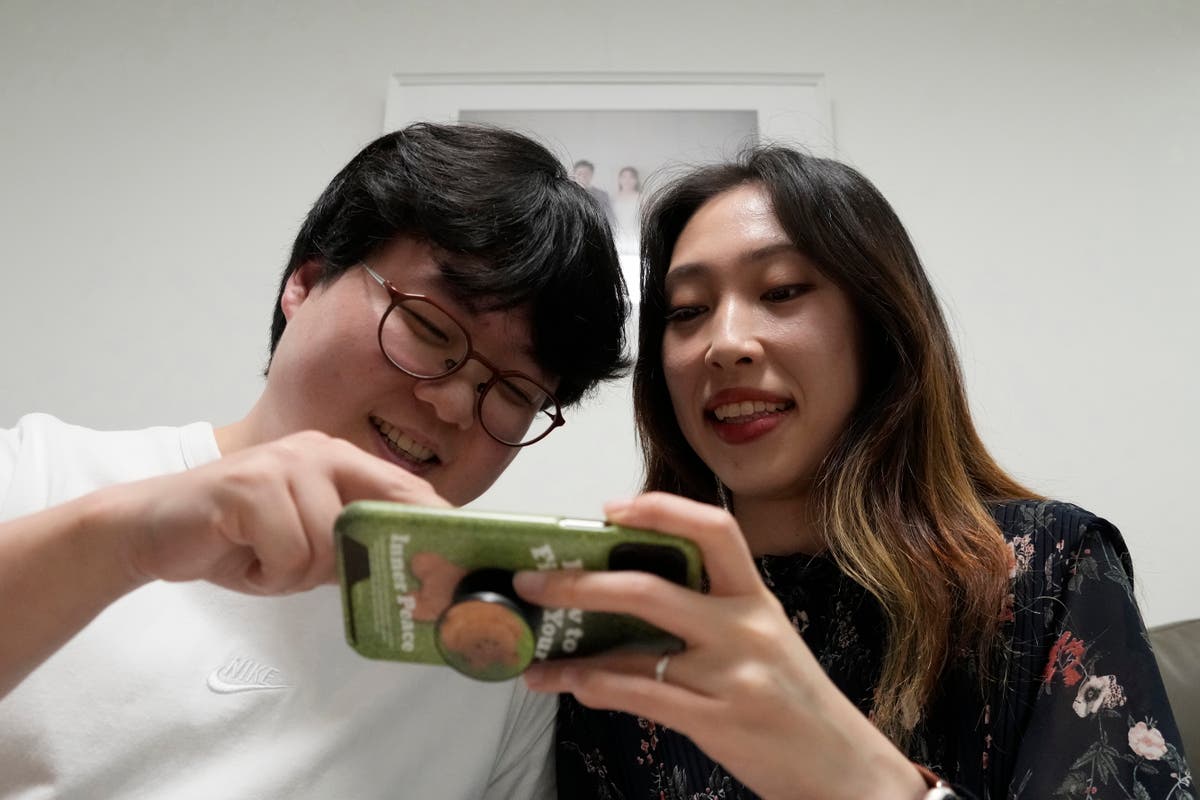 “My husband and I are very fond of children…but there are things we would have to sacrifice if we were raising children,” said Yoo, a 30-year-old employee at a Seoul-based financial firm. “So it became a matter of choosing between two things and we agreed to focus more on ourselves.”

In South Korea, there are many like Yoo who have chosen to either not have children or not get married. Other developed countries follow similar trends, but South Korea’s demographic crisis is far worse.

The South Korean statistics agency announced in September that the total fertility rate – the average number of children born to each woman of childbearing age – was 0.81 last year. This is the world’s lowest score for the third year in a row.

The population shrank for the first time in 2021, fueling fears that a declining population could seriously hurt the economy – the 10th largest in the world – due to labor shortages and greater social spending as the number of older people increases and the number of taxpayers decreases .

President Yoon Suk Yeol ordered policy makers to find more effective steps to address the problem. He said the fertility rate was declining even though South Korea had spent 280 trillion won ($210 billion) over the past 16 years to try to reverse the trend.

Many young South Koreans say that, unlike their parents and grandparents, they feel no obligation to start a family. They cite the insecurity of a bleak job market, expensive housing, gender and social inequality, low levels of social mobility and the huge cost of raising children in a brutally competitive society. Women also complain about a persistent patriarchal culture that forces them to do most childcare responsibilities while enduring discrimination at work.

“In short, people think our country is not an easy place to live,” said Lee So-Young, a population policy expert at the Korea Institute of Health and Social Affairs. “They believe their children can’t have a better life than them, so they wonder why they should bother having children.”

Many people who don’t get into good schools and don’t find decent jobs feel “rejected” who “can’t be happy” even if they get married and have children because South Korea lacks advanced social safety nets, said Choi Yoon Kyung, an expert on Korean Institute of Child Welfare and Education. She said South Korea had failed to establish such welfare programs during its explosive economic growth in the 1960s-80s.

Yoo, a finance worker in Seoul, said that before she went to college, she really wanted to have a baby. However, she changed her mind when she saw office workers call their children from the company restroom to check on them, or leave early when their children are sick. She said her male co-workers don’t have to do that.

“After seeing this, I realized that if I had children, my concentration at work would be greatly reduced,” said Yoo.

Her 34-year-old husband, Jo Jun Hwi, said he did not consider it necessary to have children. Jo, a translator at an IT company, said he wanted to enjoy life after years of grueling job searches that “felt like I was standing on the edge of a cliff.”

There are no official figures on how many South Koreans have chosen not to marry or have children. But figures from the national statistics agency show that there were around 193,000 marriages in South Korea last year, down from a peak of 430,000 in 1996. The agency figures also show that around 260,600 were born in South Korea last year children, up from 691,200 in 1996 and a peak of 1 million in 1971. The latest numbers were the lowest since the statistical agency began collecting such data in 1970.

Kang Han Byeol, a 33-year-old graphic designer who has decided to stay single, believes that South Korea is not a good place to raise children. She cited frustration with gender inequality, widespread digital sex crimes targeting women such as spy cameras hidden in public restrooms, and a culture that ignores those who pursue social justice.

“I may consider marriage when our society becomes healthier and provides equal status for both men and women,” Kang said.

Kang’s 26-year-old roommate Ha Hyunji also chose to stay single after her married friends advised her not to get married as most of the housework and childcare falls to them. Ha worries about the huge amount of money she would spend privately tutoring her future children to keep them from falling behind in an education-obsessed country.

“I can have a nice life without being married and enjoy life with my friends,” said Ha, who runs a cocktail bar in Seoul.

Until the mid-1990s, South Korea maintained birth control programs that were initially designed to slow the country’s post-war demographic explosion. The nation distributed birth control pills and condoms free of charge to public medical centers and offered waivers from military reserve training for men who had vasectomies.

United Nations figures show that a South Korean woman gave birth to an average of four to six children in the 1950s and 1960s, three to four in the 1970s, and fewer than two in the mid-1980s.

South Korea offers various incentives and other support programs for those who have multiple children. But Choi, an expert, said the fertility rate was falling too fast to see any tangible effects. At a government task force meeting last month, officials said they would soon formulate comprehensive measures to address demographic challenges.

South Korean society continues to frown upon those who remain childless or single.

In 2021, when Yoo and Jo posted their decision to live without children on their YouTube channel “You Young You Young”, some posted messages calling them “selfish” and asking to pay more taxes. The news also called Jo “barren” and accused Yoo of “gaslighting” her husband.

Lee Sung-jai, a 75-year-old resident of Seoul, said it was “the order of nature” for humanity to marry and have children.

“Right now I see several (unmarried) young women walking their dogs in strollers and saying they are their mums. Did they give birth to these dogs? They are really crazy,” he said.

Seo Ji Seong, 38, said that older people often call her a patriot because she has many children, although she did not give birth to them in the national interest. She is expecting her fifth child in January.

Seo’s family recently moved into a free apartment in the city of Anyang, jointly provided by the state-owned Korea Land and Housing Corporation and the city for families with at least four children. Seo and her husband, Kim Dong Uk, 33, receive other support from the state, although raising four children is still difficult economically.

Kim said he enjoys watching each of his children grow up with different personalities and talents, while Seo believes their children’s social skills are boosted while playing and competing at home.

“They’re all so sweet. That’s why I kept having babies, even though it’s hard,” Seo said.