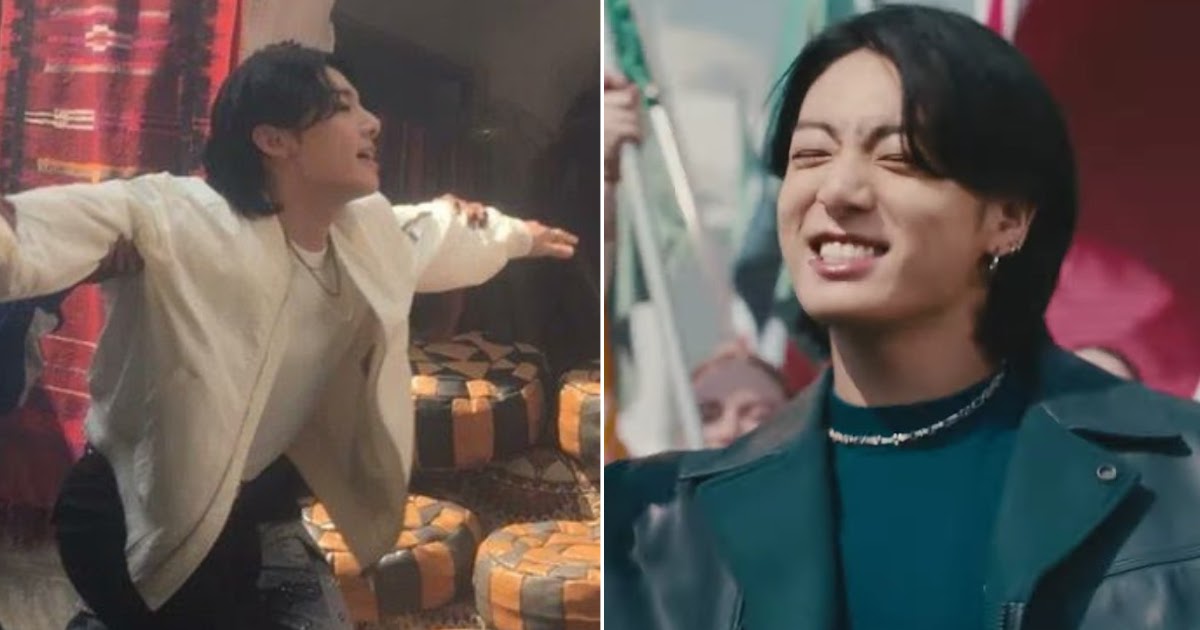 This really showcases the true personality of a global superstar!

BTS‘s Jungkook recently returned from Qatar after a historic performance at The World Cup opening ceremony, during which he performed the song “Dreamers”.

After an amazing performance, the music video for this song was recently released and received acclaim from ARMYs.

Even before the video was released, ARMYs in Qatar shared photos from the shoot the last time he was in the country in October.

They even shared their happy interactions with the idol during filming as he moved around the set.

[TRANS] OP shared Jungkook was smiling at us because we were holding his posters and the flag of Korea so when he saw them he smiled and bowed. He seemed so happy. pic.twitter.com/9dW3XuE7k6

Jungkook noticed a fan waving his arms at him. Fans also held his posters and photobooks. He’s so sweet 🤍🥺 pic.twitter.com/RDYLfyVHcX

Well, it seems that not only ARMYs were delighted with Jungkook in Qatar. Recently, the crew that worked with Jungkook during the shoot revealed the idol’s true personality.

On Instagram, a dancer who was in a music video with Jungkook shared an anecdote about the idol. In the post, he explained that when the dancers were rehearsing this particular scene by themselves, Jungkook came out to watch them and had the sweetest reaction.

I vividly remember that moment when we were practicing and JK came out of his tent just to watch us practice and smiling as we danced.

Another set of posts was made by digital creator Ameera, who worked with Jungkook, who was actually ARMY. In the photos, she shared her excitement after learning she was working with Jungkook, especially after seeing the little details in his room.

Ameera then shared a photo on the set of Dreamers expressing her excitement to work with a member of the group she loved so much.

Working on Dreamers MV and meeting my favorite artist Jungkook from BTS, whose music means the world to me, was a dream come true.

In a recent post, Ameera really talked about Jungkook’s amazing personality and work ethic when it came to shooting the music video. Not only did she praise his work ethic, but also the way Jungkook treated those around him by imitating the dancer’s words.

He is such a performer! Watching him dance live was a dream come true. He is hardworking and always wants to do it right.

When all the dancers were leaving, he stood up and waved until they left.

As always, despite being a great idol, Jungkook is always polite and friendly to those he works with and is focused on the task at hand. It seems like people never have enough nice words to say about members when interacting with them.

You can read more about people praising BTS Jungkook’s personality below.

The young girl had contact with Jungkook from BTS in Qatar, and the aunt shares her experience with the idol