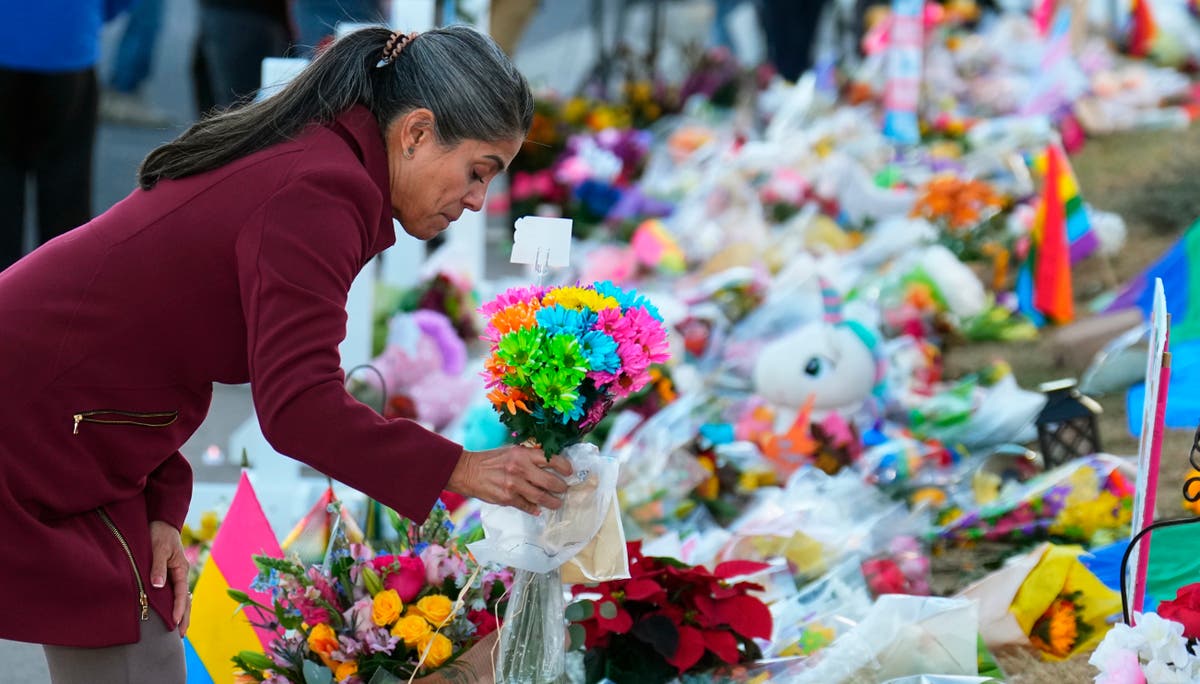 A man suspected of murdering five people at an LGBT+ nightclub in Colorado Springs has been released from the hospital and taken to prison, according to reports.

Reuters reported on Tuesday that 22-year-old Anderson Lee Aldrich had been released from the hospital where he had been in police custody on charges of murder and “prejudice crimes”.

A tweet from the Colorado Springs Police Department (CSPD) confirmed that the suspect had been moved to jail under the care of the local county sheriff’s department.

Police have identified Mr. Aldrich as the man who entered the Q club in Colorado Springs Saturday night and began shooting patrons with a semi-automatic rifle, killing five people and wounding 17.

He has not yet been formally charged with the crime and is due to appear before a judge via video link on Wednesday morning.

Although officials gave no details of Mr Aldrich’s injuries, witnesses said the shooter was forcibly overpowered and beaten by a group of patrons led by local military veteran Richard Fierro.

News of the attack sparked waves of mourning and anger in the US LGBT+ community, which this year has been the target of escalating calls for violence as well as hate crimes, harassment and bomb threats.

Officials have yet to announce any known motive for the shooting and said the formal charges against Mr Aldrich may differ from his original arrest booking.

“Any arrest warrant charges are only preliminary charges,” District Attorney Michael Allen said on Monday. “So don’t be surprised to see a different list of charges when we finally bring formal charges to court.”

Reporters have so far uncovered only fragmentary details of Mr. Aldrich’s life story. He was arrested last June on charges of threatening his mother with a bomb, but the case was dropped for unknown reasons.

Public records reportedly show that he legally changed his name from Nicholas Brink to Anderson Lee Aldrich at the age of 15 “to protect himself and his future from any association with his biological father and his criminal past.”