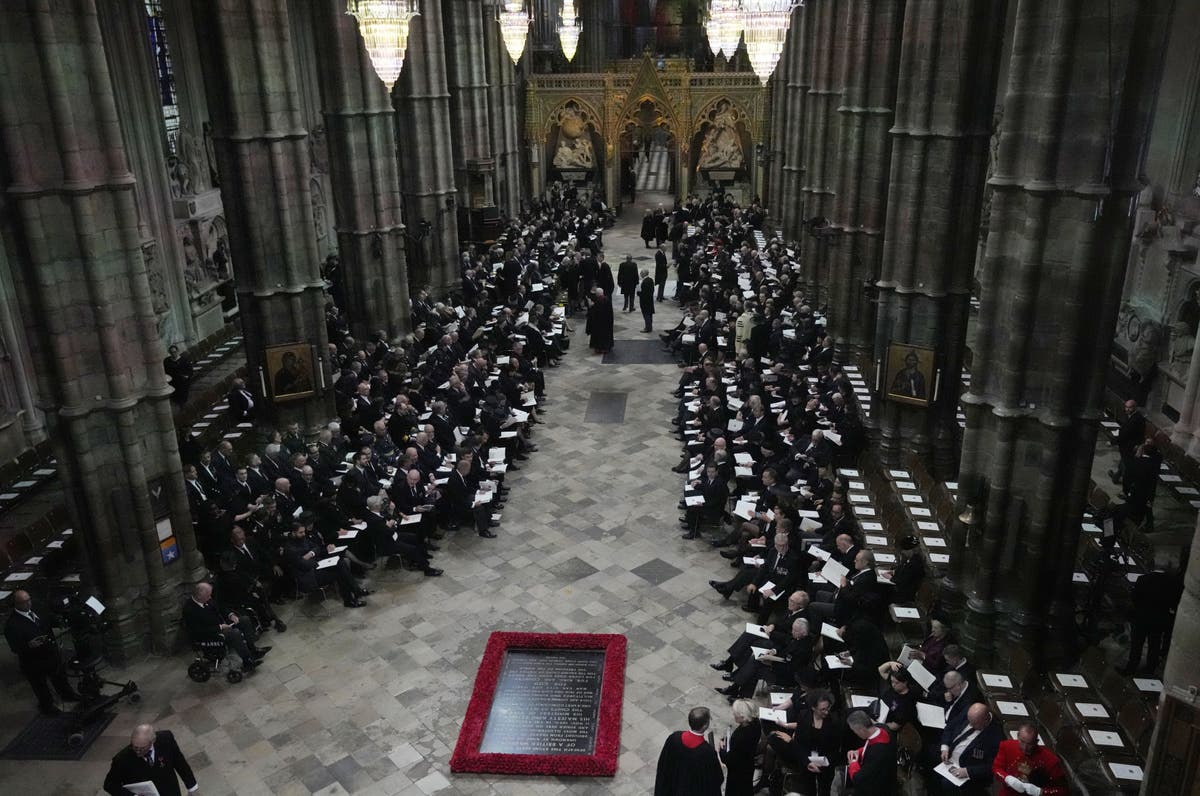 The doors of Westminster Abbey opened to the first mourners who attended the funeral of Queen Elizabeth II.

The Royal Guard passed through the abbey gates by 8am and two soldiers were stationed at the metal gates waiting for the proceedings to begin as mourners began arriving.

The state funeral service will begin at 11 a.m. and high-ranking politicians such as Labor leader Keir Starmer and Jacob Rees-Mogg have taken their places at the abbey.

The first people to arrive at the funeral were Pranav Bhanot and Nancy O’Neill, who arrived at the abbey around 8am after being named after the late Queen’s birthday.

Ms. O’Neill is a longtime nurse appreciated for her efforts during the Covid-19 pandemic, and Mr. Bhanot helped deliver 1,200 free meals during the pandemic.

They are among the approximately 2,000 attendees expected to attend the funeral, including royalty, prime ministers, presidents and key employees.

Crowds of mourners fill the streets of London, Windsor and other royal venues in Britain on public holidays, and the service is set to be watched by millions around the world.

In London, thousands of people have already lined up the barriers ahead of the procession.

At 8:20 am, security staff let the public pass through the railings near the Queen Vicotria statue before they planned to close the mall at 9am.