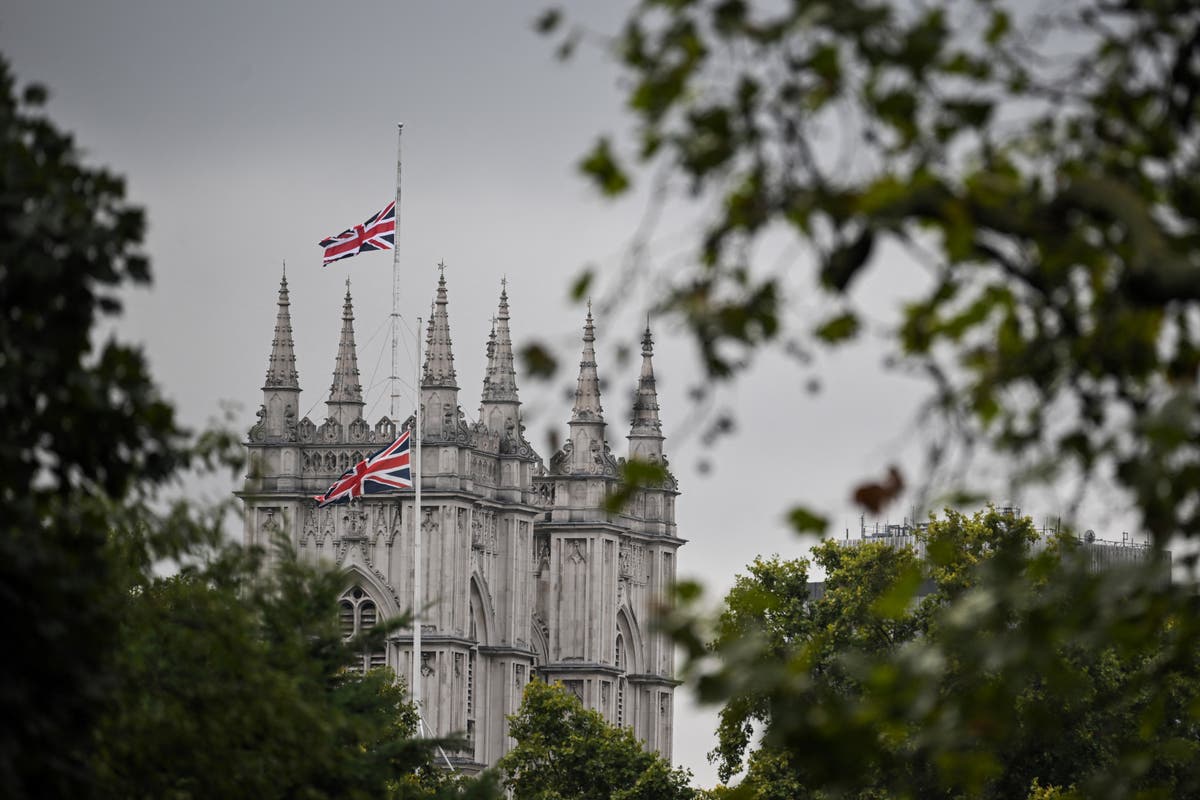 The Queen’s funeral service will be held at Westminster Abbey in London on Monday 19 September, in the same place where she married and was crowned.

For the first time in more than 260 years, the ruler’s funeral will be held at the abbey. The last one was George II in 1760.

For the Queen, Westminster Abbey was the place where the most decisive milestones took place, both in her personal life and in her public duties.

Princess Elizabeth was 21 years old when she married Prince Philip in one of Britain’s most famous religious buildings, a World Heritage Site.

More than 2,000 guests gathered inside, waiting for the royal bride, whose Norman Hartnell wedding gown was hand-embroidered with over 10,000 pearls and crystals.

Just five years after her marriage, the princess became Queen Elizabeth II after the death of her father, George VI.

About 16 months later, on June 2, 1953, she was crowned at the abbey – the site of the coronation of English and later British monarchs from 1100.

During the service, the queen swore an oath and was anointed with the crown of St. Edward on his head. An estimated 27 million people in the UK watched the ceremony on TV after the Queen agreed it could be televised.

The abbey was also the venue for romantic royal celebrations for the queen family.

She saw her daughter, Princess Anne, marry Captain Mark Phillips at the church in 1973, and her second son, the Duke of York, married Sarah Ferguson in 1986.

In 2011, Her Majesty’s grandson, the Duke of Cambridge, now Prince of Wales, made a vow with Kate Middleton as millions watched the world around the world.

In many cases in her life, the Queen went to the abbey with her family to attend thanksgiving or memorial services, such as the service to mark the 60th anniversary of the 2016 Duke of Edinburgh’s Award.

The church was also a memorial to the loss of her mother, Queen Elizabeth, Queen Mother and former daughter-in-law Diana, Princess of Wales.

The Queen Mother’s funeral took place at the Abbey in 2002, five years after Diana.

A gothic church – whose official name is the Collegiate Church of St. Peter in Westminster – has been a coronation church since 1066.

It is also the final resting place of 17 monarchs, including Charles II and Elizabeth I.

Steeped in over 1000 years of history, the place was first visited by Benedictine monks in the middle of the 10th century.

The present church, founded by Henry III in 1245, is one of the most important Gothic buildings in the country, with the medieval temple of the Anglo-Saxon St. Edward the Confessor still in his heart.

Elizabeth II maintained close ties with the abbey, which is a kind of royal and is subject only to the sovereign, and not to any archbishop or bishop.

Additional reports from the Press Association

Follow the latest updates when Queen Elizabeth II is buried