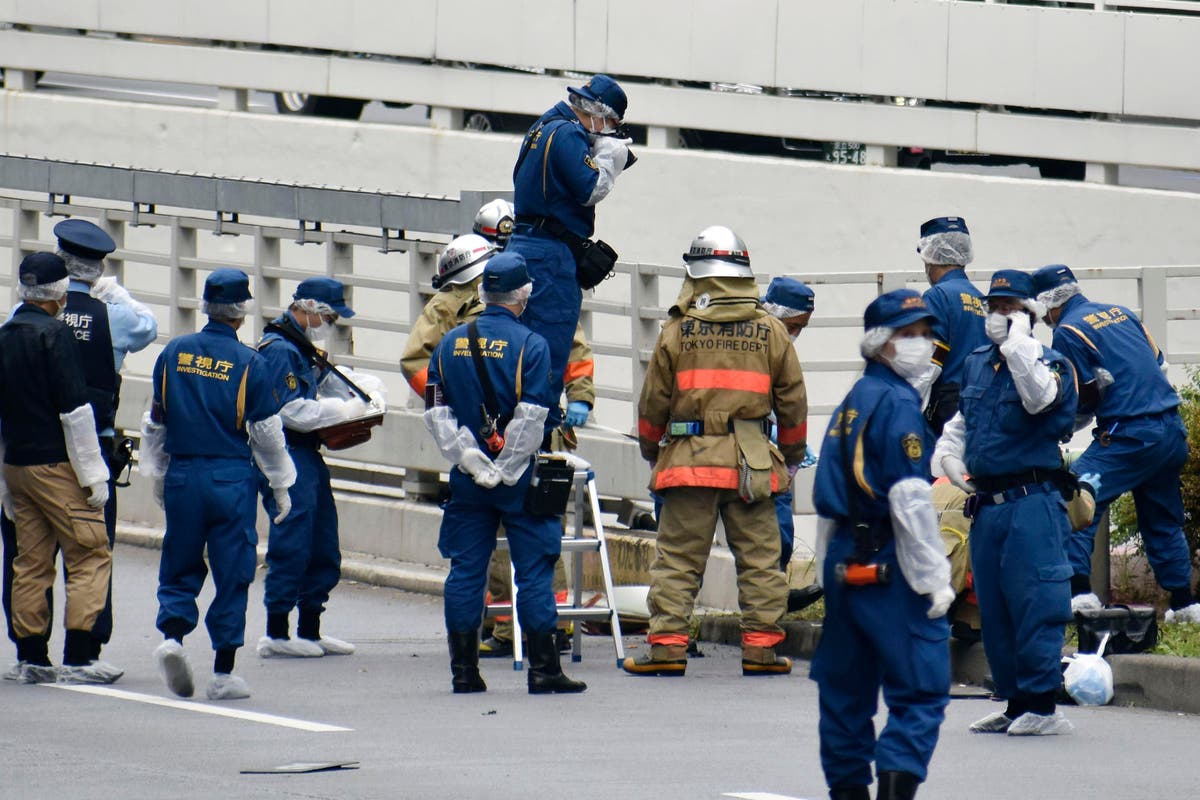 A man set himself on fire near the Japanese prime minister’s office in Tokyo early Wednesday in clear protest against the state funeral of former leader Shinzo Abe planned for next week, officials and media reports say.

The man, possibly in his seventies, suffered burns to large parts of his body but was conscious and told police that he set himself on fire after spilling oil on him, Kyodo News reported. The man was taken to hospital.

A note was found written by a man saying, “I am personally absolutely against” Abe’s funeral, Kyodo said.

A Tokyo fire official confirmed that a man set himself on fire in a street in Tokyo’s Kasumigaseki government district, but declined to provide further details, including the man’s identity, motive or health, citing the sensitivity of what was a police matter.

Tokyo police declined to comment, including reports that a police officer had been caught in the fire.

Prime Minister Fumio Kishida is in New York for the annual meeting of world leaders of the UN General Assembly. He delivered a speech on Tuesday expressing disappointment with the Security Council’s lack of response to the Russian invasion of Ukraine over Russia’s continued veto, and called for reforms that would allow the United Nations to better defend world peace and order.

Abe’s planned state funeral is becoming increasingly unpopular with the Japanese as more and more details emerge about the ruling party and Abe’s ties to the Unification Church, which has built close ties with lawmakers in the Liberal Democratic Party over their shared interests in conservative affairs.

Murder suspect Abe reportedly believed his mother’s donations to the church ruined his family. The LDP said nearly half of its lawmakers have ties to the church.

A state funeral is a rare event in Japan, but Kishida said Abe deserved the honor as Japan’s longest-serving leader after World War II, and for his diplomatic and economic achievements.

Critics say the decision was made in an undemocratic manner and is an inappropriate and costly use of taxpayers’ money. They say Kishida wanted to please Abe’s party faction and strengthen his own power.