The Queen is dead: a face that shot out a thousand images 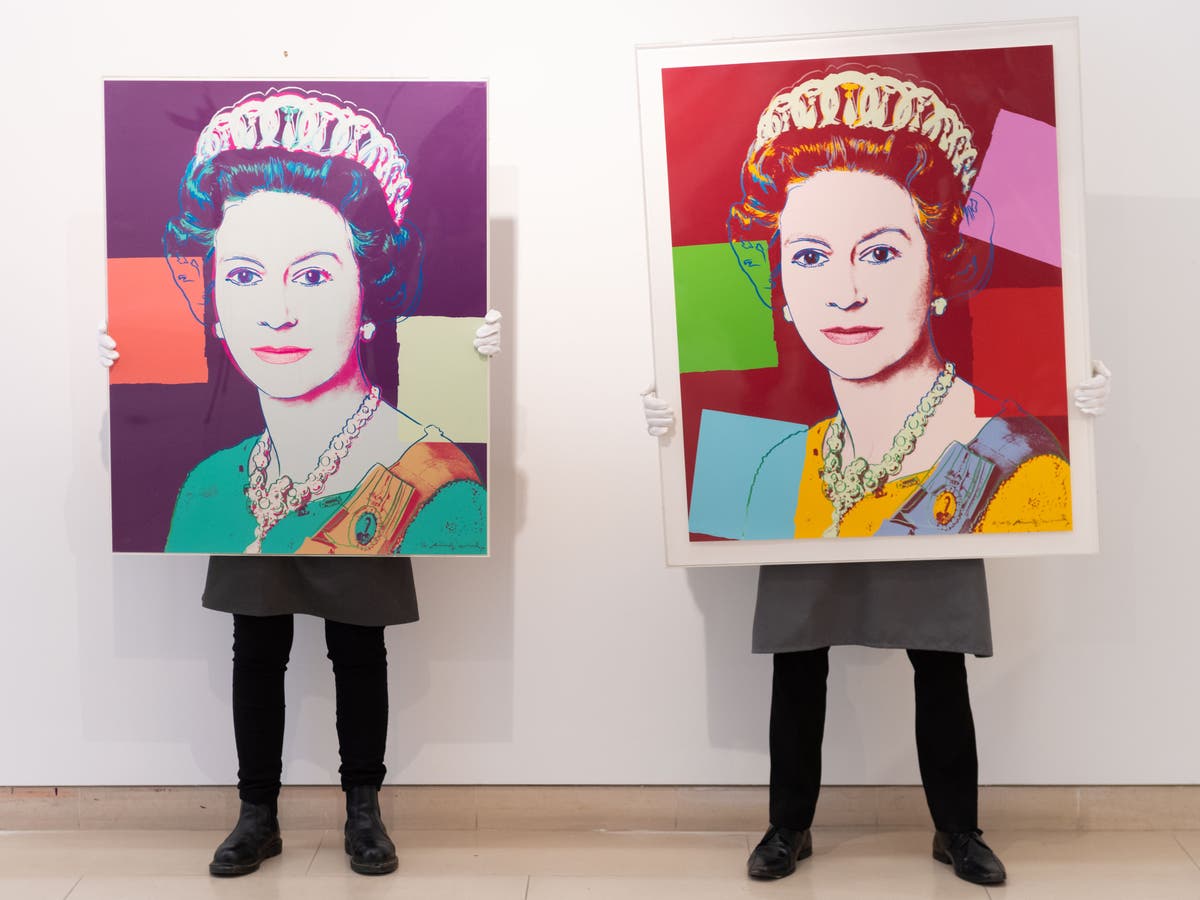 S.for 60 years it has been the face on our banknotes, subtly antiqued in subsequent drawings and gifted in recent years with a slightly inauthentic smile in the corners of the mouth.

Until we stopped writing the letters, her face appeared in the upper right corner of every envelope we sent.

On the canvas she is depicted as overwhelmed by royal robes (Terence Cuneo), as the strict Joan of Arc (Pietro Annigoni), as a pop art icon (Andy Warhol), as a panto dame with a calf’s face (Lucian Freud) and as a martyr with painfully closed eyes (Chris Levine).

Her face has become as familiar to us as that of our own mothers, though her palette of expressions is more limited.

For more than half a century, the Queen has expressed polite, half-interest, somewhat surpassing indifference, but without becoming true zeal, when confronted by everything from 1960s rock’n’roll and the Profumo scandal to Thatcherism, gay rights and the Internet. .

She raised the same indifferent gaze to everyone, and in the popular culture of her reign this face was used for various effects.

First there were photos, then television.

The country’s first ever Princess Elizabeth as Queen was at London Airport in 1952 when she returned early from a trip to Kenya after learning that her father, King George VI, had died.

As she descended the flight steps, she looked thin, pale, dressed in black, shocked at the weight of expectation on her shoulders – but not too regal.

Sixteen months later, on Coronation Day, June 2, 1953, half the nation rallied around the newfangled televisions when Geoffrey Fisher, the Saurian Archbishop of Canterbury, put the crown on her head and presented “Queen Elizabeth, Your Undoubtedly Queen.”

The petite 27-year-old in a white silk dress looked serious, her hands modestly folded in her lap. She seemed too young and girly to succeed Queen Victoria.

In the 1950s, she embodied the image of young British motherhood in twinsets and skirts. But as the 1960s exploded with color, youth, and classless, anti-system joy, the royal family seemed boringly irrelevant.

The situation improved in 1969 when Richard Cawston was allowed to bring television cameras into a sanctified presence: Royal family became the most watched documentary in television history (attracted 23 million viewers), garnering praise even from left-wing reviewers.

But in 1977, the year of the Silver Jubilee, the royal family was attacked.

Republican feelings found several outlets. New statesman he ran an anti-jubilee edition, in which the queen was called “a doll in a golden carriage”.

The Sex Pistols, the gang leaders of the punk revolution, released “God Save the Queen” (“The Fascist Regime … She Is Not Human”), whose sleeve bore the face of a monarch with eyes and mouth obliterated by the band. single name and title.

Designer Jamie Reid was a little cheeky, but the album hit second place on the charts and the image entered the national consciousness.

She was further mauled in the mid 1980s when Spitting the picturea latex puppet show, routinely portrayed her as an approved anti-Thatcherite: she received the Campaign for Nuclear Disarmament badge (and sometimes the Badge of the Socialist Workers’ Party) and posed next to the bust of Vladimir Lenin.

The writers enjoyed playing with the Queen’s ideas outside of her comfort zone.

Sue Townsend has published her novel The queen and me in 1992, imagining that the royal family forced after a Republican coup to live in a communal estate on “Hell Close”, a piece of suburb where the queen is not allowed to keep her corgi at home or herd horses to the garden, and must wait five hours for a visit at the NHS doctor.

It’s a heartwarming reality test for spoiled royals, but Her Majesty is, of course, learning to adapt.

In Remarkable reader (2007) Alan Bennett speculated about what could happen if the Queen started borrowing novels from a mobile library and explored the joys of literature. Deeply involved with Dickens, Bronte and Nancy, Mitford neglects her duties and embarrasses visiting dignitaries, revealing their ignorance of the Western canon.

It is a lovely lesson about the subversive power of reading, in which the king is portrayed as a zealous student rather than an entrenched philistine.

But the queen and popular culture have never been natural companions: her world was too backward and traditional, too full of cold Scottish moors, photo events, and concepts like the obligation to share spaces with avant-garde art, boy bands and social media.

However, they were a natural part of Princess Diana, and when Diana died in 1997, public anger and mourning were looking for someone to blame, and they found it in the queen.

She stayed at Balmoral (comforting her grandsons, desperate young princes), while in London the grounds of Kensington Palace were studded with flowers, teddy bears and sentimental poems.

The empty flagpole over Buckingham Palace has become a damning symbol of royal neglect.

Constitutional Drama Week – as the monarch and his subjects grapple with an unprecedented breakdown of their relationship – has turned into a gripping film. Queen (2006), directed by Stephen Frears with Helen Mirren in the role of a besieged monarch.

The film convincingly captured the moment when the Queen was forced to balance genuine human concern with an instinctive royal detachment, and the protagonist was impressed enough to kindly deal with her dilemma to invite Frears and Mirren to the Palace for tea.

By her Golden Jubilee in 2002, the Queen’s popularity had returned. Many predicted poor attendance, but perhaps re-alerted by the death and funeral of the Queen Mother that same year, huge crowds stood at the mall.

At the climax of the great concert “Party at the Palace”, the Queen took the stage surrounded by rock stars; only if she reached out and tugged Ozzy Osbourne’s cheek would she have received a warmer reception.

Her surprising intervention at the opening ceremony of the 2012 London Olympics when she reunited with James Bond (Daniel Craig) allegedly to fly by helicopter and parachute to the Olympic stadium showed not only a desire to embrace pop culture and participate in his fictions, but tacitly admitting that she herself has become a symbol of British culture, like 007 – or Sergeant Pepper or Patsy with Absolutely Fantastic.

She was always a figure on stage and in the soundtrack of her subjects’ lives, until the details of her life were overshadowed by the fact that she was in our background – like a beloved building you pass each day, a beloved portrait on the living room wall.

The process was possibly stopped by the appearance of Netflix Crown in 2016 that, how Queenwas written by Peter Morgan and reassessed the monarch’s long career in public service and self-sacrifice in a largely friendly light. at different stages of your life.

We took the presence of the queen for granted, but her image – oil-painted, punctured, lined, discredited, satirized, post-modernized – has always been in our peripheral vision a symbol of continuity, strength and national devotion.