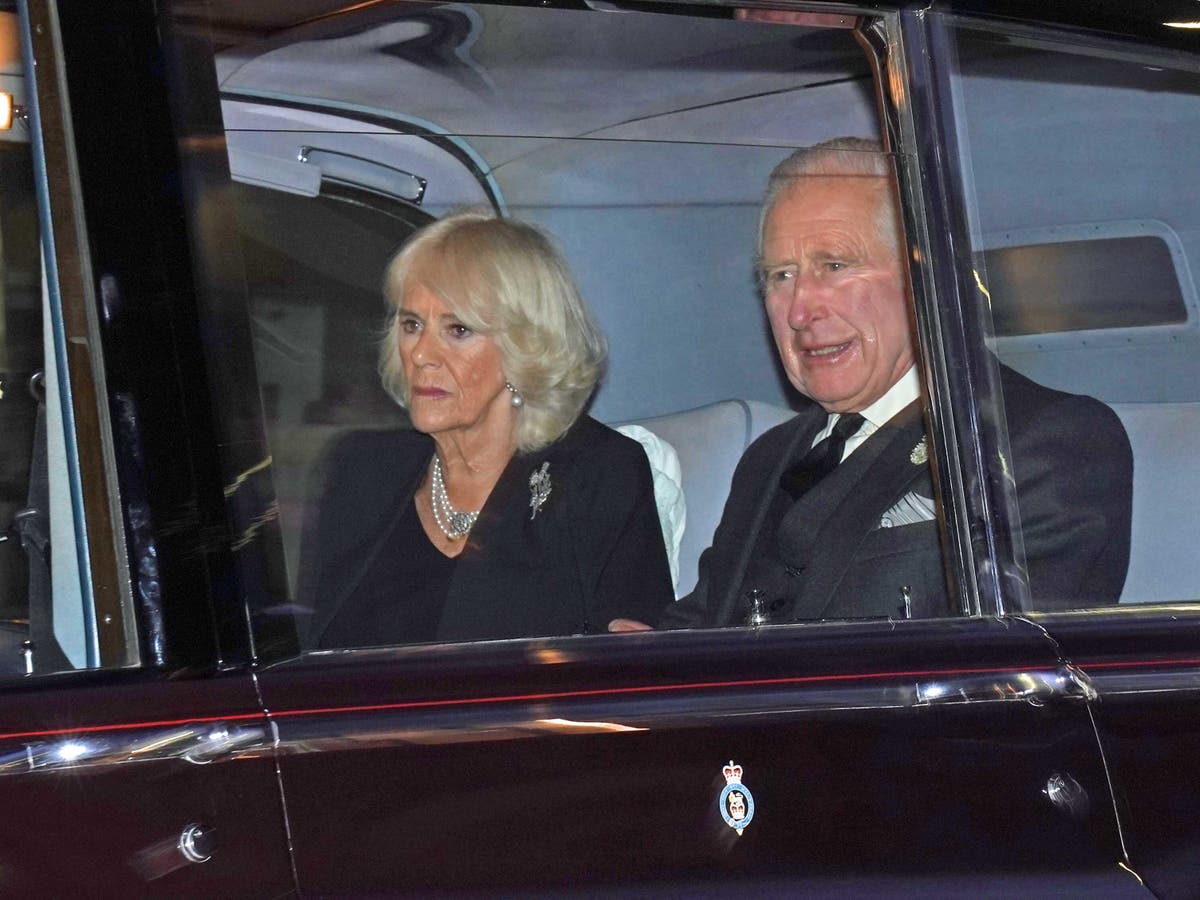 The Queen’s Coffin will be held on Tuesday on a thrilling journey to Buckingham Palace, while the King will travel to Northern Ireland as monarch for the first time.

Thousands of people from the audience solemnly passed at night by the oak coffin, which stood in public view for 24 hours in the Cathedral of St. Giles in Edinburgh.

Charles will leave Scotland for Belfast on his Operation Spring Tide UK tour with the Queen Consort and return to London in the evening.

Members of the public are already lining up for the Queen at Westminster Hall, which opens on Wednesday, and thousands are still paying tribute to Green Park in flowers.

The mourners were asked by the Royal Parks not to leave their marmalade sandwiches – a nod to the Queen’s comedic Paddington sketch – for fear of negatively impacting wildlife.

At 6 p.m., the Queen will leave Scotland for the last time.

Her coffin will be transported from Edinburgh Airport to London on the RAF Globemaster C-17, accompanied by her daughter Princess Royal.

Camilla will be joining the king when she receives her mother’s coffin at Buckingham Palace, where she has spent so many decades as sovereign.

The Prince and Princess of Wales will also be at the Palace.

An honor guard will be placed in the Quadrilateral, consisting of three officers and 96 soldiers of the Royal Guard.

Military orders, usually shouted out, will be issued as quietly as possible in honor of the solemn occasion.

The coffin will be carried by the host to the fore room where the sovereign piper will play a lament.

He will stay in the Bow Room the night before the Wednesday procession to Westminster Hall to begin lying down.

The King’s visit to Northern Ireland earlier that day precedes a trip to Wales later in the week.

After landing in Belfast, Charles and Camilla are due to travel to Hillsborough Castle in Co Down, a royal residence in Northern Ireland, on several commitments.

They will hold a private audience with the new Secretary of Northern Ireland, Chris Heaton-Harris, as well as meet representatives of political parties in the region.

The couple will then receive a letter of condolence on behalf of the people of Northern Ireland from the Chairman of the Stormont Assembly, Alex Maskey.

They will then go to a party at the castle hosted by Mr. Heaton-Harris, which will also be attended by some members of the public.

Charles and Camilla then go to the Cathedral of St. Anne in Belfast, where they will take part in a reflection service on the life of the Queen.

The new monarch will also meet with the leaders of all major denominations in Northern Ireland.

Before leaving, Charles and Camilla will take a walk in Writers’ Square.

Although the square will be closed to the public, people are encouraged to plan a route to Hillsborough Castle and a route to the cathedral.

The royal couple will travel along Main Street and Lisburn Street in Hillsborough, then head to Belfast along Wellington Place, Donegall Square North, Chichester Street and Victoria Street.

Both houses of Parliament met on Monday at Westminster Hall in London to express their condolences to the new monarch, and Charles promised to “faithfully follow” his mother’s example.

Later, the king led the royal family in a procession behind the queen’s coffin in Edinburgh as she was taken from the Palace of Holyroodhouse to St Giles’ Cathedral.