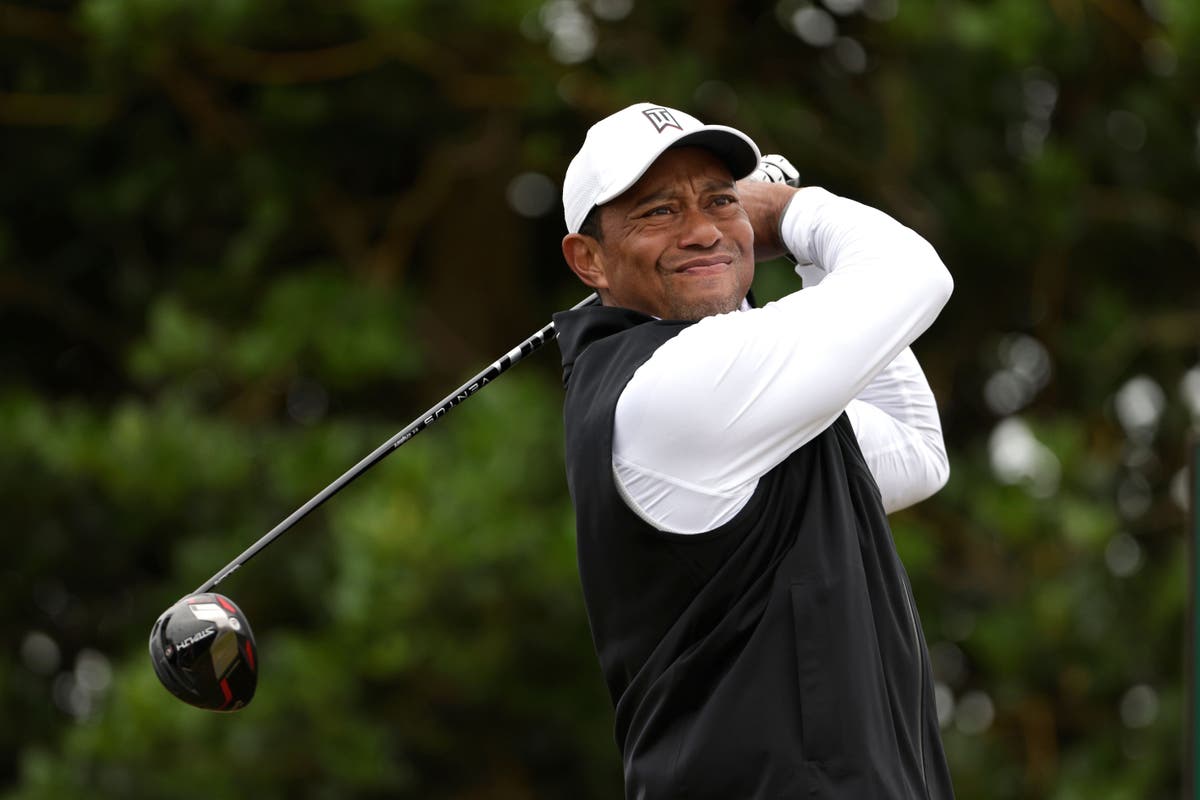 Tiger Woods will partner his son Charlie in the PNC Championship for the third time, tournament organizers have announced.

The 15-time major winner and his 13-year-old son, who finished seventh in 2020 and second last year, will complete the 20-team course at the Ritz-Carlton Golf Club in Orlando from December 15-18.

Woods said: “We’ve been looking forward to this week all year and can’t wait to team up for our third PNC Championship.

“This is a unique opportunity for Dad to compete with my son against so many great golfers and their family members.

“It’s going to be a special week and I know Charlie and I will have a great time.”

Woods has a busy December ahead of him after previously announcing he would be back in action at the Hero World Challenge in the Bahamas.

The former world number one hasn’t played since the Open Championship in July when he missed a cut at what could have been his last Open at St Andrews.

Those two rounds at the Old Course gave him a total of nine this year after finishing 47th in the Masters and retiring from the U.S. PGA Championship after a third round of 79.

At Southern Hills, Woods was clearly in pain due to severe leg injuries sustained in a life-threatening car accident in Los Angeles in February 2021, and the 46-year-old admits he will never play a full tournament schedule again.

The Hero World Challenge runs from December 1-4 and Woods will also partner Rory McIlroy against Jordan Spieth and Justin Thomas on December 10.