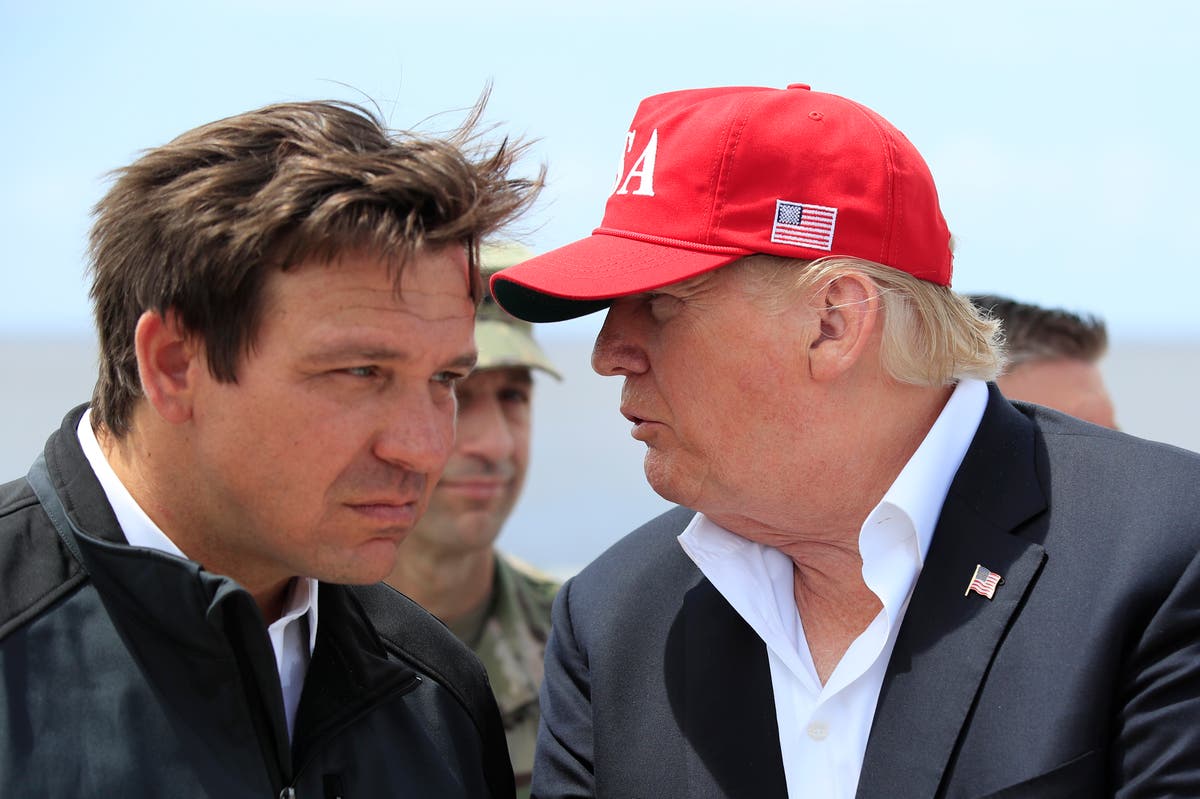 Donald Trump still has a comfortable lead over Ron DeSantis in the first major midterm poll of the hypothetical Republican primary field in 2024, but don’t count the governor of Florida just yet.

The former president led his opponent by 30 points in the Emerson College poll of likely GOP voters released Tuesday. Mr. DeSantis was supported by 25 percent of respondents and Trump by 55 percent, a sign of both the former president’s continued political clout and the Florida governor’s rapidly growing power in GOP circles.

This is an important poll because it comes in the midst of a wave of attacks against the former president from the GOP’s anti-Trump wing. Furious over the poor tenure average, which showed the party failed to win the Senate and carved out only a razor-thin majority in the House of Representatives, conservative elites and security experts.

Mr. Trump celebrated the results of the poll on Tuesday in a Truth Social post, joking that he was sure his critics in the GOP would be “delighted” to see him continue to lead Mr. DeSantis.

“For all RINOS [Republicans in Name Only]Never Trumpers, Radical Left Democrats and of course Fake Media, please take advantage of the latest poll from the respected Emerson College,” he wrote.

Mr Trump announced his 2024 presidential bid in Mar-a-Lago last week, surrounded by his family members and GOP loyalists like Madison Cawthorn. But there were no notable absences from the announcement, including his own daughter and former White House adviser Ivanka Trump.

If Mr. DeSantis doesn’t run, many other likely Republican contenders for 2024 are also cruising the waters, including former UN Ambassador Nikki Haley and former Secretary of State Mike Pompeo.

But as Emerson interviewers noted, “[n]o Another candidate achieves double-digit support for the Republican presidential nomination.

Emerson’s poll included the results of 1,380 registered Republican voters on November 18-19. The poll’s margin of error is 2.5 percentage points.