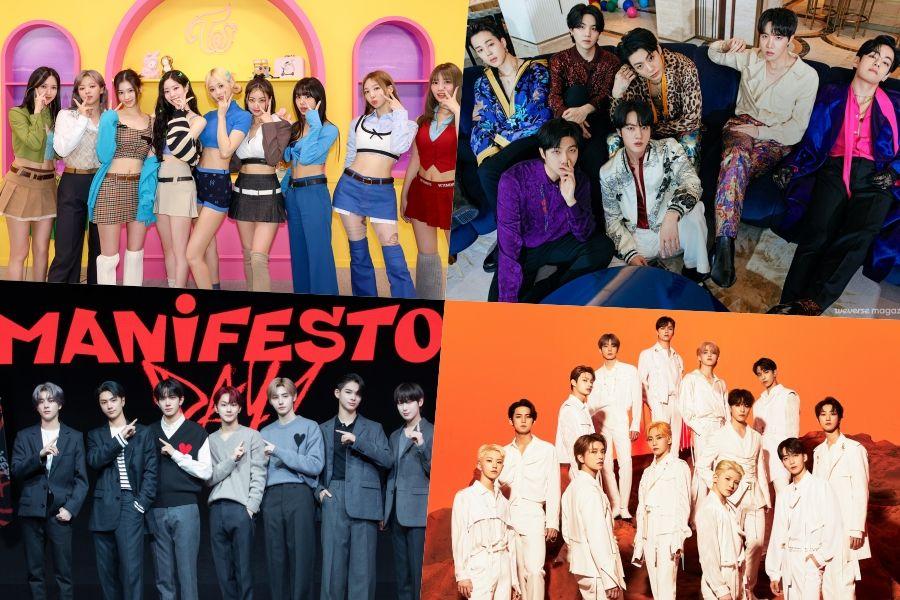 Billboard has released its World Albums list for the week ending September 17th!

TWICE’s new mini-album “BETWEEN 1 & 2” was ranked # 1 for the second week in a row and also became the group’s first album to spend two weeks in the top 10 of the Billboard 200.

Meanwhile, TWICE Nayeon’s solo mini-album “IM NAYEON” reached # 13 on the World Albums chart for the 11th time in a row, breaking her own record as the longest-recorded album in the history of any female K-pop soloist.

The BTS anthology album “Proof” remained at number 2 on the charts week 13, in addition to staying strong on the Billboard 200.

“MANIFESTO: DAY 1” ENHYPEN similarly retained its position at number three on the World Albums chart, and also became the group’s first album to spend six weeks on the Billboard 200 this week.

SEVENTEEN’s “SECTOR 17” – a repackaged version of their fourth studio album, “Face the Sun” – held fifth place on the World Albums list in week seven, while “Face the Sun” was ranked separately in week 15. .

“Mini-Episode 2: Thursday’s Baby” TXT remained sixth on the list for the 18th consecutive week, followed by NewJeans debut EP “New Jeans” in 12th (week 5) and ITZY’s “CHECKMATE” at number no. . 14 (in the eighth week).

Finally, “THE ALBUM” BLACKPINK re-entered the 15th position on the World Albums chart, making its 97th consecutive week on the chart.

Congratulations to all artists!