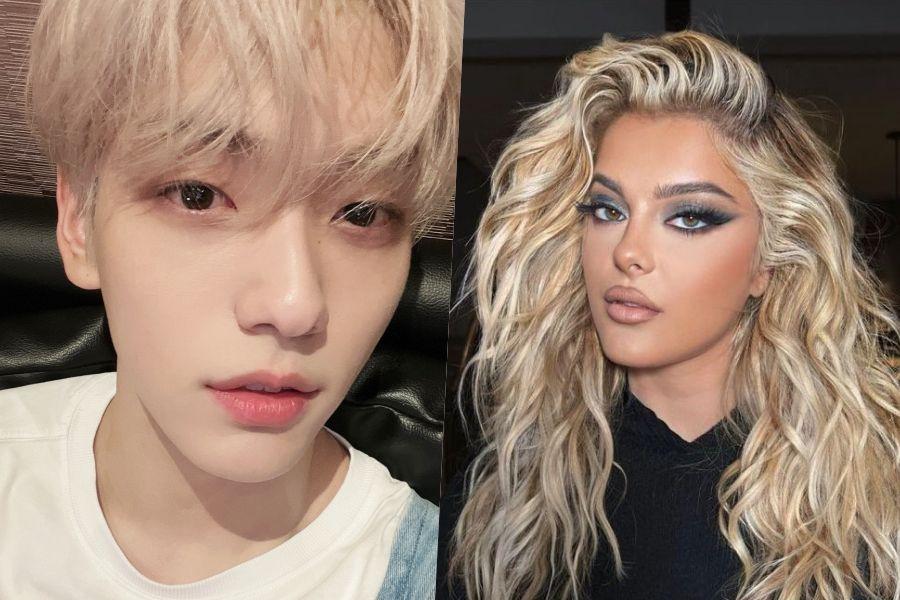 It’s safe to say that TXT’s Soobin is officially a successful fan!

Since his debut, Soobin has mentioned many times that he is a big fan of Bebe Rexha, which has led to several sweet interactions between the two singers over the years: after Soobin declared that he was her biggest fan in 2019, the beloved Bebe Rexha expressed interest in collaborating , and also hosted an Instagram Live with all members of TXT in 2020.

However, it wasn’t until the American Music Awards (AMA) on November 20 that Soobin finally saw Bebe Rexha in person for the first time. Both TXT and the American singer attended the awards ceremony this weekend, where Soobin mentioned on the red carpet that he was excited to see her perform.

That same evening, an emotional Bebe Rexha shared a clip on Instagram Stories of Soobin talking about her in an interview on the red carpet.

📸| Bebe Rexha approached #TEXT to your Instagram Stories! It’s an interview where Soobin mentions that he’s a huge fan of hers and that he’s excited about her performance. @TXT_members @TXT_bighit pic.twitter.com/QNAUPRks9S

Later in the night after the awards show ended, Soobin took to Twitter to charmingly express his excitement to see Bebe Rexha perform live.

Posting some photos from the show, Soobin wrote: “I finally saw Bebe Rexha! After seeing your [performance], I was so amazed that now I can sleep blissfully and well. Next time, let’s definitely meet and say hello…!”

Early the next morning, Bebe Rexha replied to Soobin, writing, “Let’s meet in L.A.!!! Where are you today?!”

Soon after, the slogan “I SHOULD GO OUT” appeared on Twitter.

Waaaaaaaaaaaaaaaa? Unfortunately, I’m already on a plane to Seoul. Shall I get off? 🙁
I would like to ask for a selfie together if we meet next time…
Lots of love to you, always!! pic.twitter.com/bffMRn2oxu

However, all is not lost: after seeing his reply, Bebe Rexha wrote back: “I’ll send you my number!!!!”