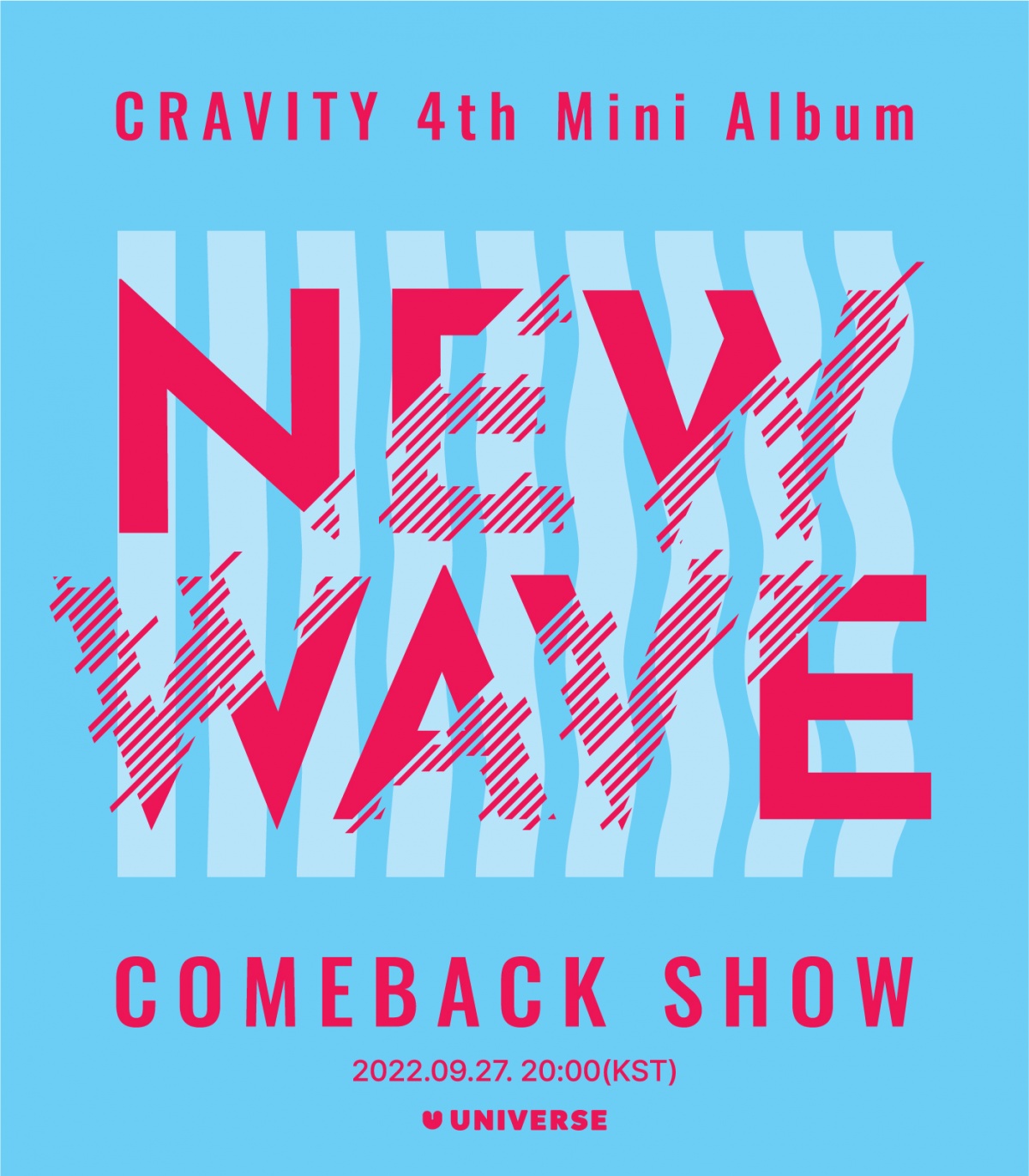 UNIVERSE, a global fandom platform, will be hosting the return of the boys’ group CRAVITY.

On September 16, UNIVERSE, a global fandom platform, announced that on September 27 at 20:00 in Gwangjin-gu, Seoul at

CRAVITY’s “NEW WAVE” show will return in six months with the CRAVITY energy chart, including the first release of the title track “Party Rock” and “Knock Knock” in August, and the English digital single “Boogie Woogie” came out in August. It also introduces songs, releases behind the scenes of albums and events, and conducts real-time communication with LUVITY (the official name of the fan club) around the world.

Since last year, Universe has attracted attention by organizing return shows such as global K-pop artists ATEEZ, AB6IX, Jo Yu-ri, THE BOYZ, Ghost Nine, Wonho and MONSTA X. Starting with the concept film on November 12, CRAVITY raises fan expectations for around the world, announcing a new album that combines the power of positive energy with a variety of teaching content, such as the release of a track list.

Meanwhile, CRAVITY’s fourth mini-album “NEW WAVE” will be released on June 27 on various music websites at 18:00 KST. Detailed information on the comeback can be found in the Universe app and on the official SNS portal.

RELATED ARTICLE: CRAVITY is going to release her first full album with “The AWAKENING: Written In The Stars”