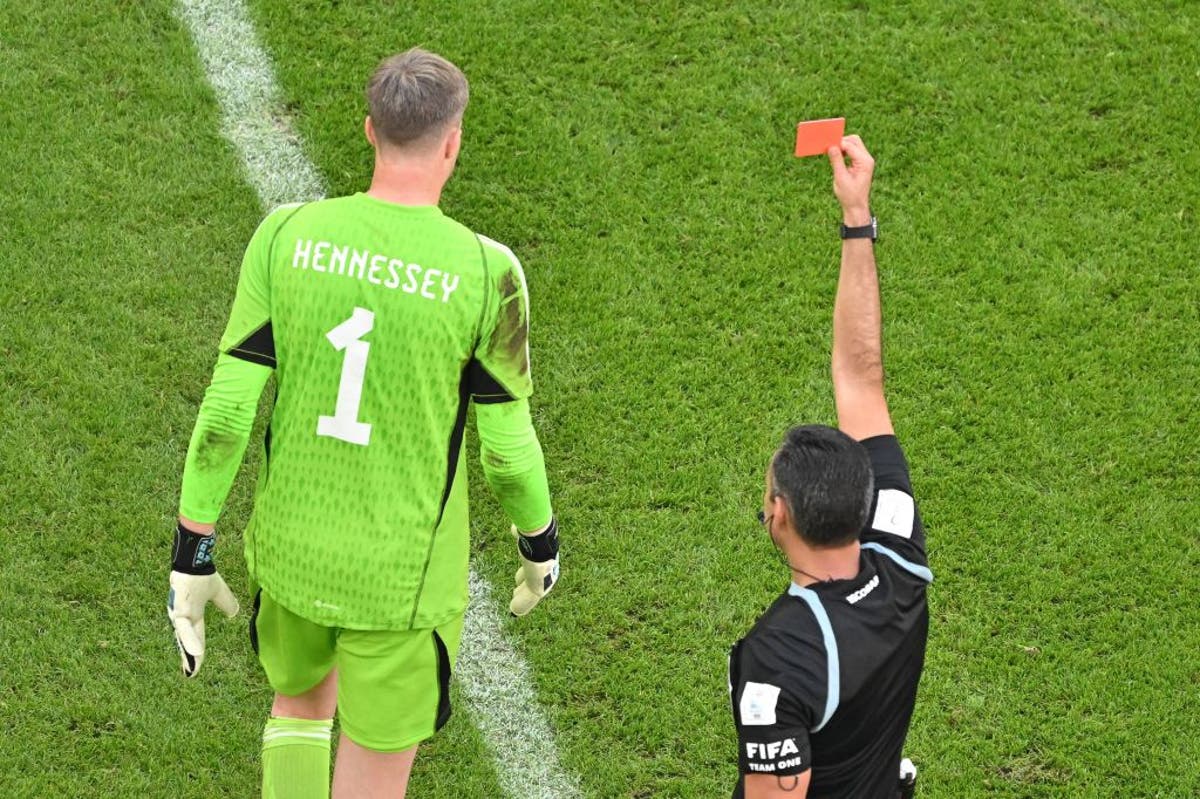 Wales suffered a heartbreak at the World Cup as Iran claimed a last-minute victory in their Group B clash.

Iran scored two last-minute goals that leave Wales on the verge of being knocked out of the World Cup in the group stage.

Ali Gholizadeh had an offside goal ruled out in an even first-half, but it was Iran who dominated after the break. Sardar Azmoun and then Ali Gholizadeh hit the post within moments as Wales held out and Wayne Hennessey made an excellent save from Saeed Ezatolahi.

Wales had to play their final moments with 10 men after Hennessey was sent off for eliminating Mehdi Taremi outside the box. And it was Rouzbeh Cheshmi who created the winning moment with a stunning long-range shot that beat Danny Ward before Ramin Rezaeian scored the second goal on the breakaway.

Here’s how the players from Wales rated it.

He received one of the most obvious red cards you’ll ever see – even if it involved VAR. Earlier, the goalkeeper came to Wales’ rescue. He was saved by his posts, admittedly, but Hennessey made an excellent save to negate Saeed Ezatolahi’s poor drive. Technically, he also saved the goal by hitting Mehdi Taremi, even if it was very, very illegal.

It has been exposed several times as it has been dragged into the sewers.

He made a few last ditch saves – and needed as a last line of defense – but then got caught when he hit Mehdi Taremi and got a yellow card.

A stronger defensive effort, but he was still caught with the balls behind the end line. Bad luck with a late effort that was knocked over the bar.

He produced a perfect cross for Kieffer Moore’s chance in the first half – but Wales needed more. He escaped after a cut pass into the middle of the pitch from which Iran scored a disallowed goal.

Had a tough afternoon with Wales leaving so much room in midfield. He looked lost in the early stages but kept things together in the second half.

He fought badly – and it was stunning to see him last the entire game. He lacked legs in midfield to compete and wasn’t good enough on the ball to justify his inclusion.

Occasionally provided a good exit from the left and looked threatening – if his touch had been better at times, Wales could have created more chances in the first half. Failed to offer the same option in the second half.

Quiet. He barely contributed to Wales’ attack and was unable to create another special moment for his country.

He had to start following his introduction against the US, but he was less influential here. Missed a big chance with a stretch volley in the first half and lacked quality in the second half.