Watch: Kim Hye Soo is the unexpectedly busy queen in the new trailer for “The Queen’s Umbrella” 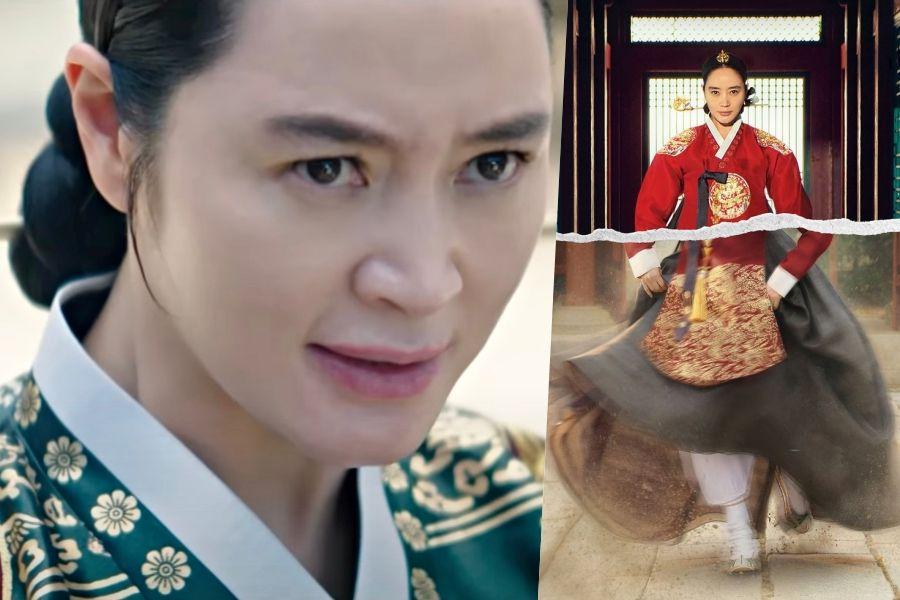 TVN has released a new trailer and poster for the upcoming drama “Queen’s Umbrella”!

“The Queen’s Umbrella” is a new historical drama that focuses on the special palace education system of the Joseon Dynasty. The drama will follow a conflict in the palace over an attempt to make decent princes out of five troubling princes who cause nothing but headaches for the royal family.

Kim Hye Soo will star in the drama as Queen Im Hwa Ryung, the wife of the great king and the patient mother of five troubled sons.

The recently released main poster “The Queen’s Umbrella” shows how busy Im Hwa Ryung is under her elegant exterior. While the top half of the poster shows a regal, composed aura, the bottom half emphasizes the fact that it is always on the move.

The caption on the poster reads: “The Queen who has the fastest footprints in all of Joseon has arrived!”

The new trailer also highlights the busy and unexpectedly active lifestyle of the Queen as she rushes from place to place. In one scene, she grabs the prince’s hand and drags him somewhere before he has time to dress properly; in another, she loses a Cinderella-style shoe when she’s in a hurry somewhere.

Check out the new trailer below!

While you wait for The Queen’s Umbrella, watch Kim Hye Soo in A Special Lady with credits here: