Watch: Taecyeon must prove his innocence to his brother Ha Seok Jin and Jung Eun Ji by chasing a serial killer in a thrilling “blind” trailer 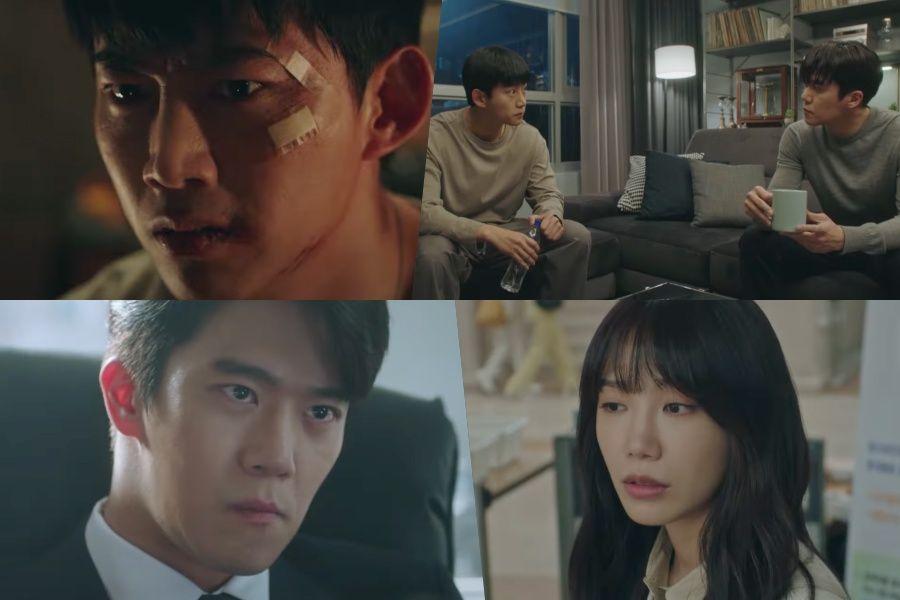 Taecyeon, Ha Seok Jin and Jung Eun Ji found themselves in the process of death in the upcoming tvN drama!

“Blind” is a mystery thriller that tells the story of people who have been unjustly victimized because they are ordinary people and perpetrators who have closed their eyes to inconvenient truths. The plot revolves around detectives, judges, law students and jurors.

Before the premiere of the drama “Blind,” he revealed an in-depth teaser that starts strangely with the voice of a fighting victim. Ryu Sung Joon then explains the unique signature characteristic of the killings known as the “Joker murder case”. To provide a more rigorous judgment of the upcoming trial, jurors are selected, but later it turns out that their photos are meticulously scrutinized by an unknown figure, indicating the danger these participants are in.

After the “Joker murder case” begins, suspect Jung Man Choon (Jun Jin Woo) causes chaos in the courtroom, and Ryu Sung Joon notices that something is wrong. The suspect also manages to steal part of a juror’s address book before strangely warning: “The reason you will die is what you did today.”

Now that the trial is over, the real thing begins as investigators move further and further away from the truth. Eventually, brothers Ryu Sung Joon and Ryu Sung Hoon begin to suspect each other. Ryu Sung Hoon has always concealed his concern about the way his little brother suppresses violent criminals, so when he starts remembering old, chaotic memories, he asks Ryu Sung Joon, “Did you do it? Is there no other reason why you became a policeman?

Jo Eun Ki seems confused when she asks Ryu Sung Hoon if he doesn’t trust his brother, while Ryu Sung Joon comments, “Sometimes I have scary dreams, but I don’t know if they’re dreams or memories.”

When Ryu Sung Joon is caught at a bloodied crime scene, Ryu Sung Hoon’s suspicions seem to be confirmed and more and more evidence comes up against Ryu Sung Joon, turning the “Joker murder case” in a whole new direction.

While Ryu Sung Joon struggles with his terrifying memories of the past as well as the accusations against him, Jo Eun Ki pretends to be helping him by saying, “I’ll try to believe you.” Instead, he teams up with Ryu Sung Hoon to trap him, but Ryu Sung Joon shares his desperation to find the killer. Undaunted, Ryu Sung Hoon states his determination and adds, “Even if the real culprit may be you.”

Despite so much evidence and opinion against Ryu Sung Joon, he is still trying to uncover the truth. Along with Ryu Sung Hoon and Jo Eun Ki, the three heroes delve into the matter to find the real culprit who is hiding in a hidden truth.

As they begin to join forces, Ryu Sung Joon confidently states, “They said [the culprit] he’s in court. There is the culprit. Ryu Sung Hoon adds, “The perpetrator is playing a game.” The closer to the truth, the greater the danger will be in these characters.

Watch the full teaser with the highlights below!

Check out the next teaser here and watch the premiere of “Blind” September 16 22:40 KST!

While you wait, watch Ha Seok Jin in “1% Something” with credits here: