Winners of the 2022 Korean Popular Culture and Arts Awards 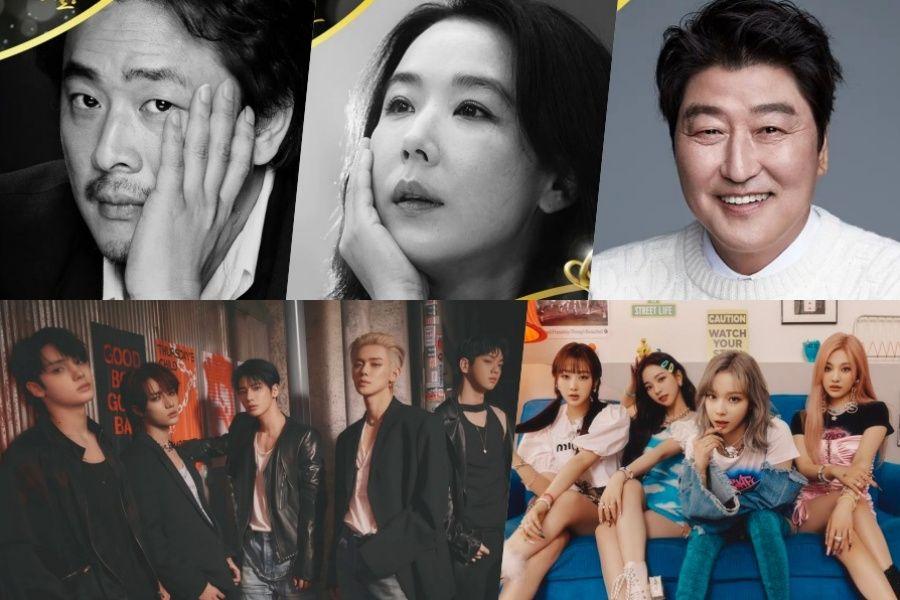 Korean Popular Culture & Arts Awards are government awards that recognize the work of artists in various fields who have contributed to the development of popular culture. This year’s ceremony was held on November 24 at the National Theater of Korea. The event was hosted by actor Park Sun Ho and former announcer Jang Ye Won, and congratulatory performances were given by Aiki and her dance team Hook, Paul Kim and YooA of Oh My Girl.

The late actress Kang Soo Yeon, who passed away in May, made her debut as a child actress at the age of four. Kang Soo Yeon became a global star after her role in the 1987 Im Kwon Taek film “Substitute Woman”. For this role, Kang Soo Yeon won the Best Actress award at the 1987 Venice International Film Festival, becoming the first Korean actor (female or male) to be honored with an award at a major film festival. In the same year, Kang Soo Yeon was awarded the Okgwan Order of Cultural Merit (4th class) for her achievements.

In a video message, director Im Kwon Taek said, “An actor has emerged who can win awards at world film festivals. The status of Korean film has increased significantly. [Kang Soo Yeon] she was an actress who was incredibly confident, was clear about her beliefs, and clearly lived them out.”

Kang Soo Yeon’s younger sister, Kang Soo Kyung, accepted the award in her stead. She commented: “Coming here reminded me of my sister being awarded the Okgwan Order of Cultural Merit in 1987. I’ve thought a lot about what it would be like if she were here. This year marks 53 years since my sister’s debut. I hope my sister remembers and takes comfort in seeing how many people see how she lived diligently, gave her all for a long time, and is resting well in a good place. Many thanks to everyone who remembers actress Kang Soo Yeon.”

Earlier this year, director Park Chan Wook set a new record for the most awards won by a Korean filmmaker at the Cannes Film Festival after winning the Best Director award for 2022’s “Decision to Leave.”

As he is currently filming overseas, Park Chan Wook made a video message speech. He said: “A lot of times my films don’t portray our country and our citizens as very beautiful or respectful identities, so I’m not sure if I can get an Order of Merit from a country. “

He continued: “But I believe it is the artist’s duty to perceive and represent people and society honestly. I will think of it as a recognition of my efforts, and in the future I will refresh my act and delve into this world and the human race with an even more thorough approach.”

Distinction of the Minister of Culture, Sport and Tourism

Congratulations to all winners!

Watch Song Kang Ho in The King’s Letters below: