Youngjae and BamBam from GOT7 talk about who is the funniest member of GOT7, and that’s not who you would think 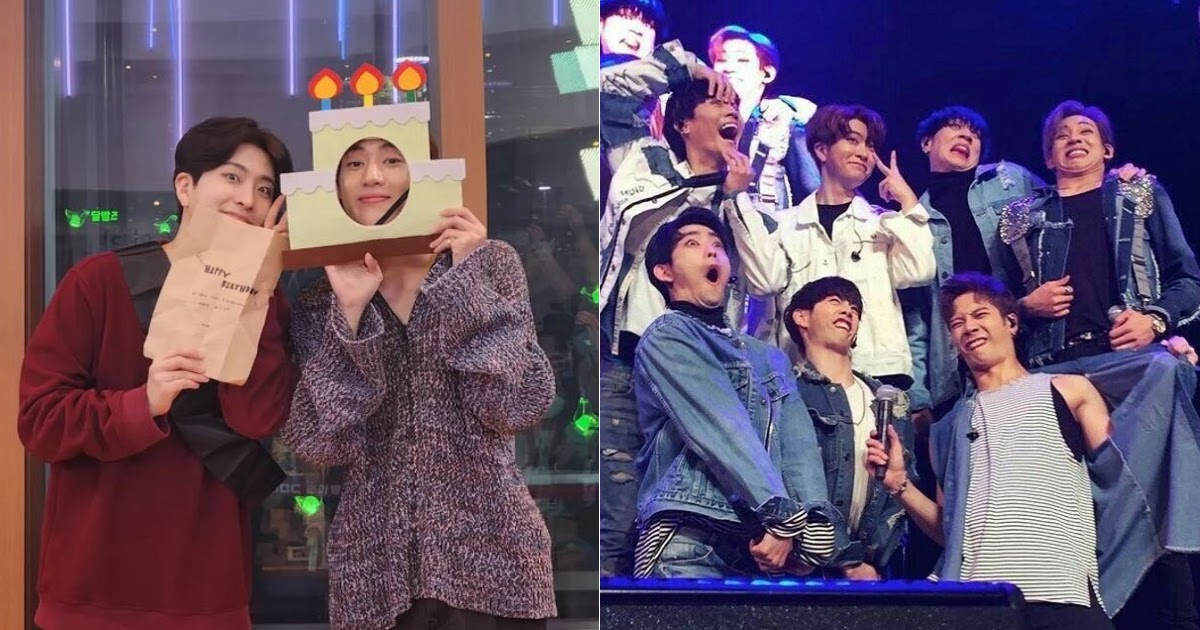 When asked who is the funniest member in GOT7 that is, most Ahgas would have a hard time choosing. They all radiate chaotic energy, especially when they are together, so it’s hard to choose. Perhaps the members that stand out the most in the broadcast are: BamBam and Jacksonbecause they are known throughout the K-Pop community for their legendary memes.

who is your bias at got7? # got7 #jackson #bambam #yugyeom #jb #jr #mark #youngjae #koncert #kpop #kpopfyp #kpopfancam #kpoptiktok #kpopstan

However, Youngjae and BamBam find another member the funniest: Jinyoung. While it may not be obvious once they point it out, it makes sense. Of course, they can’t just praise him and immediately state that Jinyoung is the funniest in everyday interactions. He’s not funny on the show.

Answer: The funniest thing in GOT7?
🐍: I think Jinyoung hyung.

Answer: BamBam is funny when he is in the broadcasts.
🐍: That’s right, I’m not usually that tense.
Answer: Jinyoung hyung is fun on a daily basis.
🐍: In the broadcasts instead …
🌙: He’s not funny.
🐍: He’s really not funny.

Without fear of Jinyoung watching them over his shoulder, the two continued to joke with Jinyoung, bringing up the classic death glare he throws at other members as they start acting a little too crazy.

🌙 Is there any annoying / mean person around you?
🐍 I think there are one or two
🌙 Who?
🐍 Hmm .. Project JJ?
🌙 Fine …
🐍 Jinyoung hyung’s look is so… you know what I’m talking about, right?
🌙 I can imagine it
🐍 If he was sitting here, he would be like ㅍㅅㅍpic.twitter.com/QsmMtcwznq

Honestly, the rest of GOT7 is virtually out of control, and Jinyoung is the only member who can stop them. Sometimes. Even so, his appraising face is a meme in itself.

That doesn’t mean he isn’t chaotic on himself (after all, he’s BamBam’s favorite member for the funniest member). He had a lot of crazy moments, especially when he was surprised. Take, for example, the iconic “Poison” scene when he lost his handkerchief and instead threw a peace sign for the choreography.

remember how got7 did the poison and jinyoung lost his handkerchief so he just made the peace sign 😭pic.twitter.com/3clADZQDrY

And when he’s unaware of the camera, his 4D personality takes over, leading to fun moments for fans and embarrassing moments for him.

Park Jinyoung what you did and what sounds did you make 🤣 Look at his reaction when he saw that he was being filmed 🤣#Park Jinyoung #psychomet league guy #He’sPsychometric # GOT7 pic.twitter.com/KXwCoprGNb

If there’s any chaotic part of his personality that Jinyoung never hides, it’s the one that comes out when he promotes his Ahgase Shobill show. We love Lion King poses.

I even miss jinyoung and his plushies pic.twitter.com/THSO54NaLn

While we may not see Jinyoung behave when the cameras are off, breaking down his relationship with each member helps us spot his humorous code having the rest of the GOT7 wrapped around his fingers.

the difference between jinyoung’s relationship with each member is so much fun pic.twitter.com/0MzdFNDBfQ